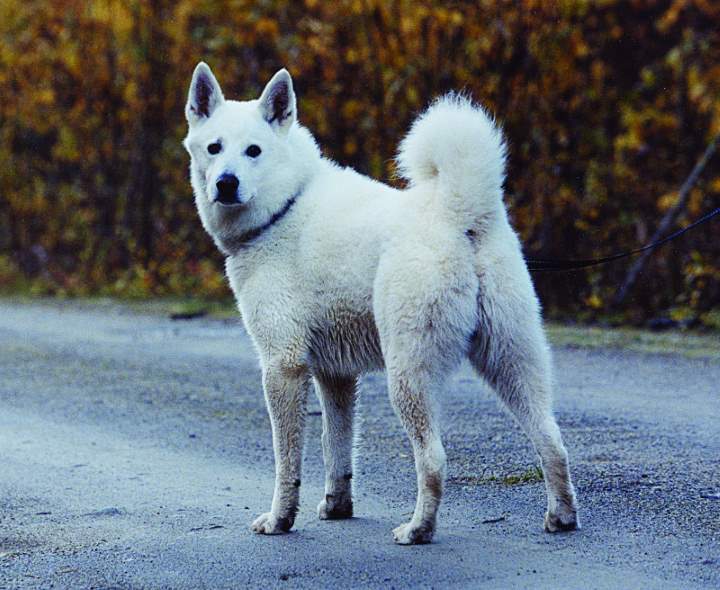 Dogs from this family have been used for hunting for a very long time, but nothing was known about them outside the hunting areas. Moreover, earlier white puppies were considered a marriage. And only since 1942, fortune had mercy. There were lovers of white beauties, they began to breed dogs of just such a suit, as a result, even a myth arose that an elk, seeing a white dog, freezes, as if struck by lightning, and becomes an easy prey for the hunter.

In 1986, the Swedish Club of White Elkhund Fans was founded. It is an independent organization that is not part of either the Swedish Elkhund Club or the Kennel Club of Sweden. Breed selection has reached a new level. Dogs became known not only throughout Sweden, but also in neighboring Norway and Finland. Their main breeding took place in the provinces of Jämtland, Dalarna, Värmland and Västerbotten.

In 1993 a standard was adopted and the breed was recognized by the Swedish Kennel Club, but IFF The Swedish White Elkhund has not yet been recognized.

The Swedish White Elkhund is a beautiful, well built, medium sized dog of a rectangular format. The nose is preferably black, but brown and pink are acceptable. The ears are erect, widely spaced, their height should exceed the width at the base. The tail is curled into a tight bagel. Paws are muscular, fingers are collected in a ball.

The coat is thick, dense, with abundant undercoat, outer hair is hard and straight. The color is white, a slight yellowish coating is allowed.

These hardy and strong dogs show excellent results in hunting big game, not without reason they have a second name – white elk husky. Elkhunds silently follow the trail, drive the prey and only then call the owner with a loud bark.

Elkhounds get along well with people, they will love the whole family of the owner, including small children. All aggression in their character is directed only at prey, so they are not very good guards, unless they specifically develop the necessary skills. In everyday life, they are calm, balanced and rather stubborn; one cannot recognize in the work of these animals – calmness disappears, excitement appears.

White Elkhunds have a very strong hunting instinct, so it is better not to introduce them to cats and other small domestic animals.

The Swedish White Elkhund is distinguished by good health. Ears, eyes, clawsprocessed as needed. But in order for the pet to please the owner with a shiny white coat, wool is needed comb out regularly. Wash dogs not often, only when combing fails to get rid of dirt

Elkhunds are not city dwellers. These are working dogs that require a lot of physical activity and the realization of hunting potential. However, fake rabbit race they will like it too. Dogs are cold-resistant, they can live in aviaries. A large area where you can run from the heart, will be a big plus.

In Russia, there is little chance of finding such a puppy. But in Sweden, Norway, Finland, it is quite possible to get white babies. The dog will cost from 400 to 1000 euros. 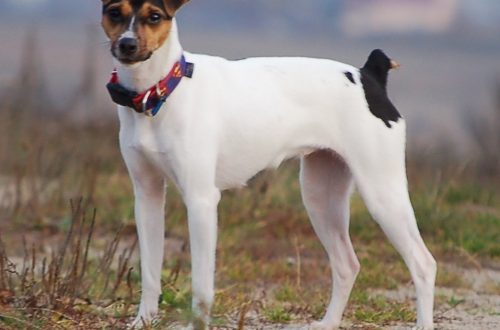 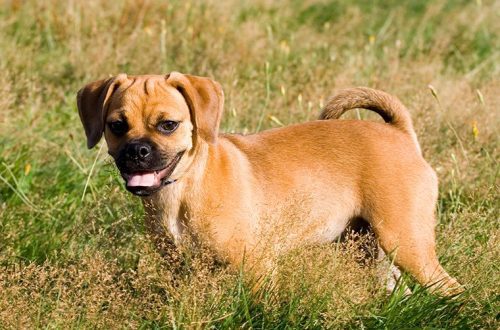 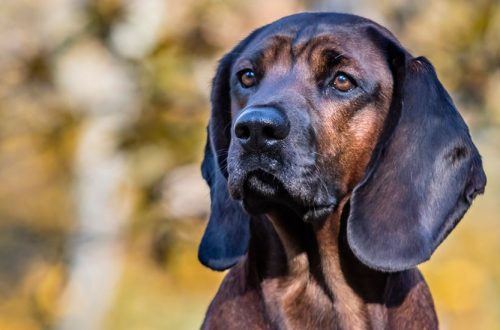