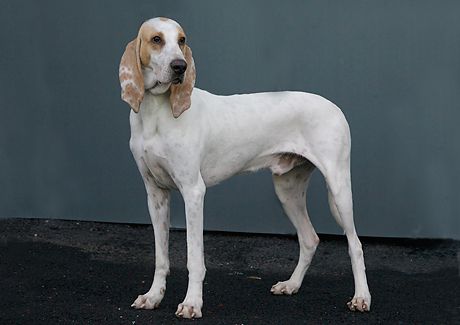 The porcelain hound owes its name to the grace of build, sculpted body and white shiny coat. The dog really looks like an expensive porcelain figurine, the work of a real master. This is the oldest of the French breeds. It is believed that it was bred around the middle of the 15th century in monasteries by the direction of crossing the white dogs of St. Hubert.

The progenitors of the breed were probably the Lucerne Hound and the English Foxhound ., as well as the Somerset Gray Harrier, the Biyi and the Blue Gascon Hound. It is surprising that at a time when the white color of working dogs was considered a marriage and such specimens were often destroyed immediately after birth, in the ancient French abbeys of Luxelles and Cluny there were enthusiasts who bred precisely white dogs. And their work was rewarded – the Porseleni became the favorites of the royals. For some time, these animals were called that – the royal noble hound. They were used to hunt hares, foxes, roe deer and even wild boars. And only in 1845 the breed received an official name.

By the end of the 19th century, there were very few porselins left, but, fortunately, thanks to hunting clubs, porcelain hounds managed to be preserved. The first breed club in France appeared only in 1971, after which the popularity of these aristocratic dogs went uphill. But the breed is still considered rare and, except for France, Italy and Switzerland, is almost never found.

Graceful and at the same time strong dog of “athletics” physique. Paws are long, fingers are collected in a ball. The tail is long, with a rod, the ears are set low, hanging, pointed at the ends. Eye color is light, grey-brown or yellow-brown. The coat is short, close to the body, bright white, yellow specks and some spots are allowed. Powerful, resonant voice.

Usually calm and even-tempered, Porseleni are transformed on the hunt. Genetically incorporated swiftness of reaction and excitement are included. A cute eared dog, with which the master’s children were busy, turns into a tireless and ruthless game destroyer. They work great both alone and in packs, but outside of work they are not aggressive towards their own kind. The porcelain hound guard is so-so – these dogs are friendly and affable with people and refuse to see them as a possible enemy.

Lovers of barking and chasing cats and poultry. It is not recommended to keep them in an apartment with small pets.

Caring for porelens is not difficult. It is necessary to monitor the condition of the eyes, ears , the length of the claws . Despite the seemingly easily soiled color, the wool is easily cleaned when combed out, if necessary, you can wipe it with a damp cloth.

Porcelain hounds love people, become attached to their owners and their families and make excellent companions. A country house is an ideal content option, but a city apartment is also suitable – provided that the animal will be walked for at least two hours a day and taken out hunting or dog racing for a fake hare. So to get such a dog should be people leading an active lifestyle.

There are few porcelain hounds in the world, but they are available in kennels breeding hunting dogs. You may have to wait for offspring. A puppy will cost from 400 to 900$. 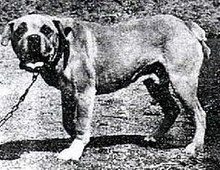 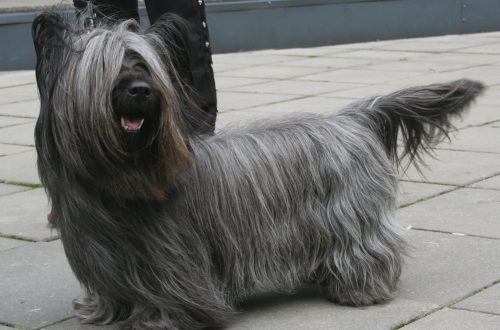 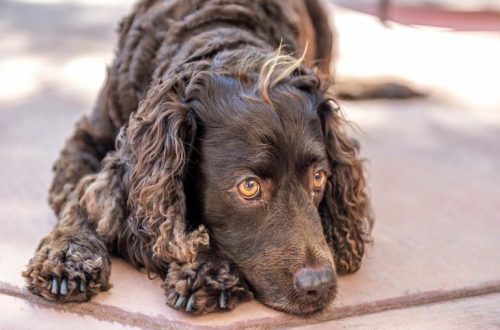