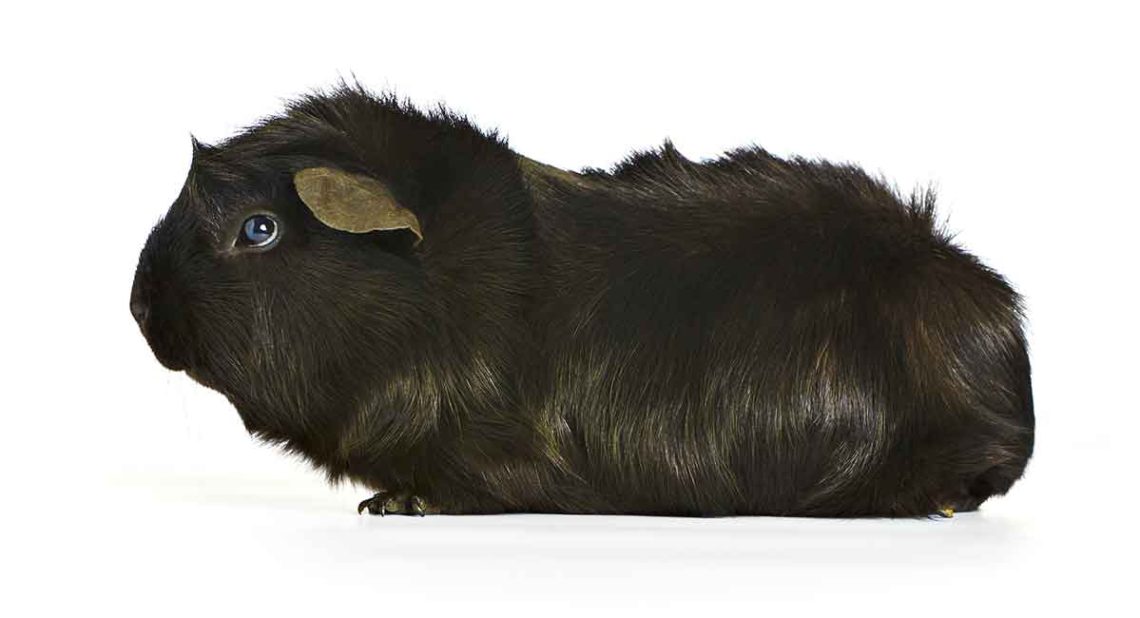 A black guinea pig with a jet-black fur coat, on which there is not a single colored spot, attracts admiring glances from both breeders and fans of these cute animals.

Guinea pigs with plain dark fur always stand out among their relatives. Their coat is smooth, shiny and silky.

Short-haired pets of the English self breed have a plain black fur coat. Eyes, ears and legs are also completely dark.

This is a variety of short-haired animals, the main feature of which is the glossy sheen of the coat.

Crested is completely painted in a dark tone, but there is a white rosette on the head, which gives the animal an unusual and interesting look.

Teddy looks like a plush toy. The black color is evenly distributed throughout the body.

These breeds are distinguished by the absence of wool. However, this circumstance does not prevent them from being black.

These pets have wool similar to that of an alpaca llama. Outwardly, they resemble Peruvian guinea pigs only with curly hair.

The Abyssinian is a representative of wire-haired guinea pigs. Due to the presence of many outlets, it looks very attractive. Black color is quite common.

The real “queen” among the breeds of long-haired representatives.

The Coronet is very close to the Sheltie breed. They are distinguished by the presence of a rosette (crown) on the head.

Merino, in turn, are close to coronets only have curly hair.

In the black and white color version, these two shades combine beautifully on the body of rodents and can be either in the form of alternating stripes or in the form of blotches and spots.

The animals alternate dark and white color, where each shade has clear boundaries and is not intertwined with each other. As a rule, the upper region of the head and the back of the body of the animal are painted black.

Dark spots scattered over the body create a beautiful and unique pattern on a light background.

Pets with a white color in combination with a dark head and the same patches all over the body look original.

This is a new and very rare breed. A distinctive feature of such rodents is a completely black color and a narrow white stripe on the back in the form of a belt.

In the countries of South America, where these animals come from, they were afraid of black guinea pigs and prescribed magical properties for them. In some Inca tribes, who bred these animals for sacrificial rituals and as a source of meat, rodents with dark fur were considered the personification of evil and they were killed immediately after birth.

But shamans used small black animals in their witchcraft rites, believing that they were able to absorb evil energy and heal from diseases. Sorcerers “rubbed” the whole body of a sick person with a mumps in order to transfer the disease to a rodent. After the ritual, a sad fate awaited the animals: the shaman killed the pig and predicted the patient’s further recovery from its insides.

Such a barbaric attitude towards dark rodents has led to the fact that this color remains quite rare among these animals, and breeders are making considerable efforts to preserve the population of black guinea pigs. 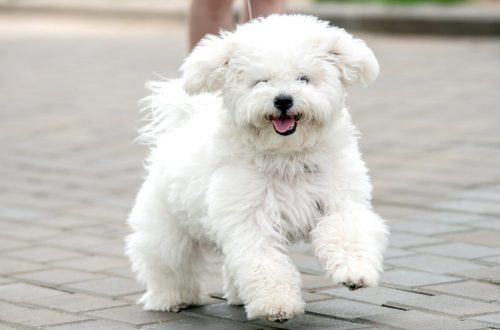 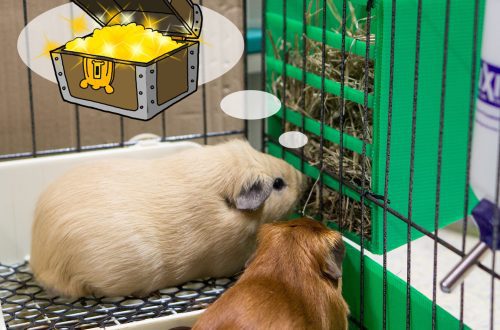 How to make a rack for guinea pigs with your own hands: instructions and drawings 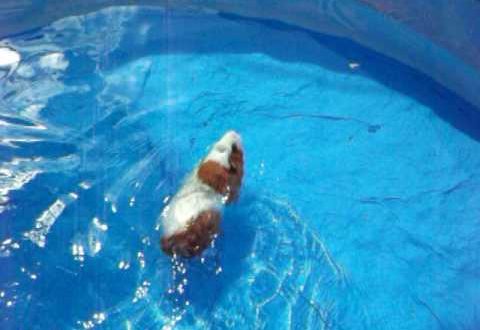 Can guinea pigs swim in water?