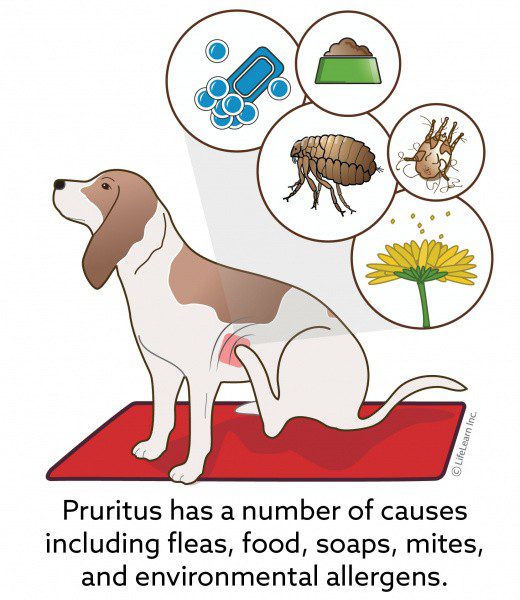 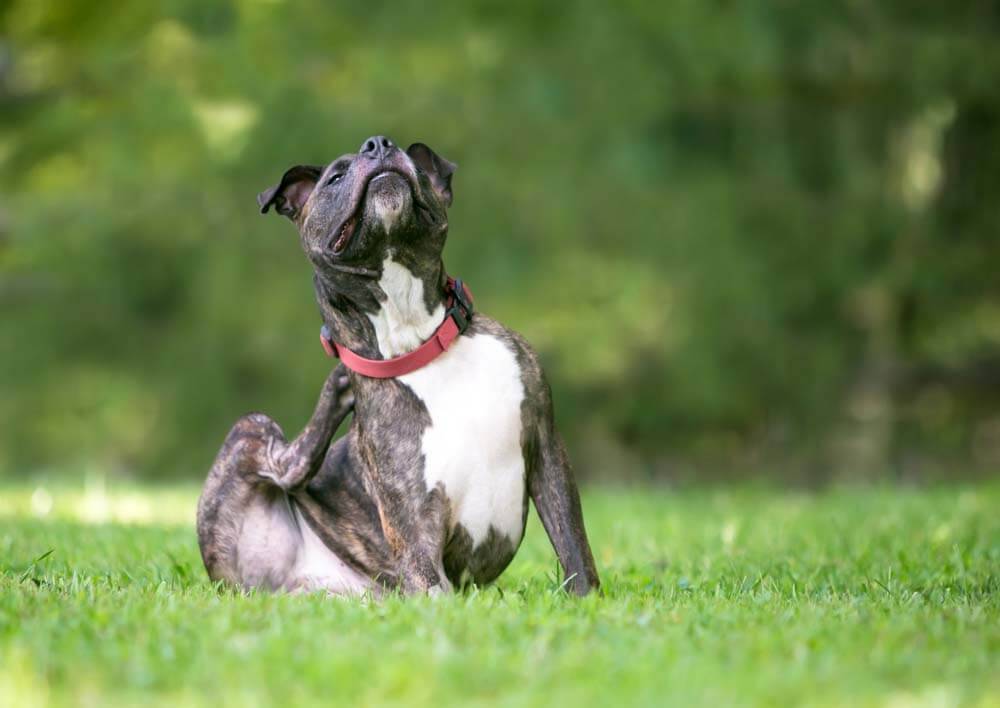 Why the dog itches – 8 reasons

Flea saliva is mostly protein. In sensitive animals, when it enters the bloodstream, it causes characteristic symptoms: the dog scratches various parts of the body, especially the neck, sides, lower back. The owners at the reception always notice that although the dog itches a lot, she does not have fleas. In fact, finding a flea on a dog can be extremely difficult.

The habitat of fleas is not at all the skin of animals, but the environment.

Fleas live in basements, attics, in floor crevices, their eggs can be brought from the street on clothes and shoes. A flea is able to starve for more than six months and does not show its presence in the room. Only 1 flea bite is capable of causing a reaction, after which it again leaves “on its own business”. Flea saliva can circulate in the pet’s blood for the next 2-3 weeks and cause allergies.

Food allergies, on the contrary, are the rarest type of allergies. It occurs only in 5-10% of allergic animals.

Despite the common misconception about the high allergenicity of chicken in the diet, this protein rarely causes any reactions. The most common food allergens are pork and fish, followed by chicken and beef.

Sometimes an allergy can be to cereals, such as rice, buckwheat. Food allergy occurs only when an animal eats a certain product for a long time, at least several months, and sometimes years. Therefore, in very young patients, food allergies are almost impossible.

There are no specific symptoms of food allergies, the owners notice that the dog constantly scratches its face, ears, and chin. Sometimes even allergic conjunctivitis occurs, then it can be noted that the dog’s eyes turn red and itch.

Atopy is the second most common type of allergy. Allergens are various air components – dust, pollen, bed mites and the like. This condition is considered incurable and requires regular examinations, control scrapings, and supportive treatment.

Seasonality is often noted, that is, the disease develops at a certain time of the year. For example, only in spring, when plants begin to bloom. At this time, the owners note reddening of the dog’s skin, intense combing of the ears, licking of the fingers of the extremities, pimples may appear and the coat may fall out.

In advanced cases, the owners note that the dog bites itself until it bleeds. Certain dog breeds, such as the French Bulldog, English Bulldog, Labrador Retriever, Pug, and West Highland White Terrier, are considered to be particularly prone to displaying atopy. The main role in this is assigned to genetic heredity.

Demodicosis in dogs is caused by a skin mite called Demodex canis. This mite lives in the hair follicles of all dogs; normally, with a thorough examination in single quantities, it can always be detected.

When favorable conditions arise for its growth, it begins to multiply intensively. In most cases, this occurs against the background of a decrease in immunity, due to stress, a severe chronic disease, a genetic defect in immunity, and the use of immunosuppressants.

Most often, with demodicosis, hair loss in a dog, comedones (blockage of the hair follicle) can be noted. At first, the dog will not have severe itching, but without treatment, a secondary infection joins, skin irritation and terrible itching appear.

There are studies, according to the results of which the following dog breeds are more likely to suffer from demodicosis: Shar Pei, West Highland White Terrier, Scottish Terrier, Great Dane, Alaskan Malamute, Afghan Hound.

The Sarcoptesscabiei mite is the causative agent of sarcoptic mange in dogs, popularly known as scabies. The disease is highly contagious in dogs and is widespread in outdoor environments.

It manifests itself mainly in the defeat of the muzzle and ears, but without treatment it can also move to other parts of the body. The skin on the dog’s head becomes dry, thickened and crusty. Itching in the area of ​​the affected areas is extremely pronounced.

The skin mite Cheyletiellayasguri parasitizes the surface of the skin of dogs. Visually, it looks like profuse dandruff – a lot of white scales on the skin. Infection occurs through contact with sick animals. Itching in a dog can be both moderate and quite pronounced when an allergic reaction to the waste products of the tick occurs.

Otodectosis is caused by the parasite Otodectescynotis and is also called the ear mite. Dogs rarely get ear mites. The tick multiplies in the ear canal and causes very severe itching, the animal intensively scratches the ears and the skin next to the ears. Secondarily, quite often, bacterial and fungal microflora joins the tick, which also contributes to severe itching.

Oddly enough, under severe stress, dogs can also experience itchy skin. The fact is that during intrauterine embryonic development, nervous tissue and skin are formed from one germ layer. Thus, these two organs (skin and nervous system) are very interconnected. Most often, during stress, dogs lick the front surfaces of the limbs, often ulcerative lesions form in these places.

Unfortunately, all of the above reasons may visually look exactly the same and have no distinguishing features. Most often, allergic flea dermatitis is characterized by itching in the back, sides, and hips. Sarcoptic mange primarily affects the muzzle. With otodectosis, there will be scratching of the auricles. In other cases, itching can be observed on any part of the pet’s body.

In addition to severe itching, the dog may also experience the following symptoms:

Diagnosing the causes of pruritus is often a challenge for both the clinician and the owner. There are quite a few tests and studies that can confirm any skin disease.

At the appointment, the doctor will definitely ask the owner some questions: how long ago the problems appeared, what happened before – itching or lesions on the skin. Have there been skin problems before, and if so, is there any seasonality in the manifestation of the disease, for example, itching appears every spring. Did you start taking any drugs on your own and do treatments, did they have a positive effect. What and when was the last time treatments for external parasites were carried out.

Next, the dermatologist will conduct some skin tests:

To identify the cause of the allergic reaction, a trial treatment is carried out: flea treatments, an elimination diet.

To make a diagnosis of atopy, you must go through all of the above steps and exclude all other possible diagnoses.

Stress pruritus is also diagnosed by exclusion, but the animal will not respond to drugs used to relieve normal pruritus.

What to do if the dog itches?

If your dog itches very badly all the time, it is recommended that you see a doctor as soon as possible and not self-medicate. For a competent treatment that will definitely help, you need to consult a dermatologist. He will offer to undergo the necessary studies to make a diagnosis.

Next, consider the treatment of the main causes of itching in a dog:

How to relieve itching in a dog

Itching in a dog is treated with various drugs and their combinations. Treatment is always selected individually, depending on the severity of clinical signs, seasonality of the disease and related problems. To stop itching, drugs based on glucocorticoids (Prednisolone), oclacitinib (Apoquel), cyclosporine (Atopic) are usually used.

Drugs for itching should be prescribed only by the attending physician.

All of them have many contraindications and side effects. On your own, you can try to give the animal antihistamines (Cetirizine), but you should not always expect a great effect from them, since allergies in animals proceed differently than in humans.

Local remedies are also used for treatment: shampoos, ointments, creams, sprays for additional control of itching and elimination of skin infection. A spray based on hydrocortisone aceponate (Cortavans) is widely used; to eliminate focal itching, you can only use it in monotherapy (the use of only one remedy).

Parasitic diseases can be successfully prevented by using anti-parasite agents in the form of drops on the withers, tablets, collars. It is necessary to use these drugs constantly, depending on the duration of their action specified in the instructions.

It is difficult to prevent allergic reactions, since this disease is often hereditary and is transmitted from parents to offspring.

Stress-induced itching can be avoided by establishing a favorable environment for the dog. An animal psychologist can help with this. He will advise how to build a relationship with the dog, how to walk and exercise properly, what exercises are best for her.

If the dog constantly itches: the main thing 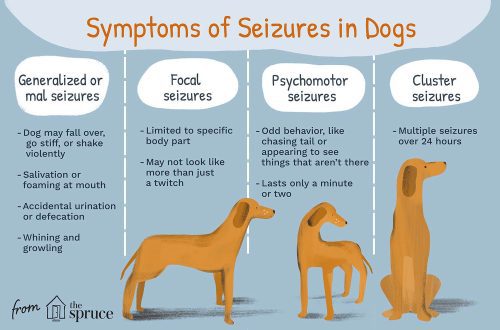 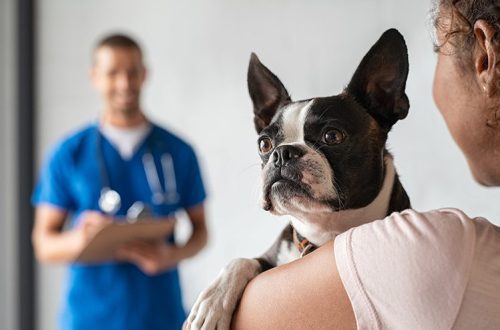 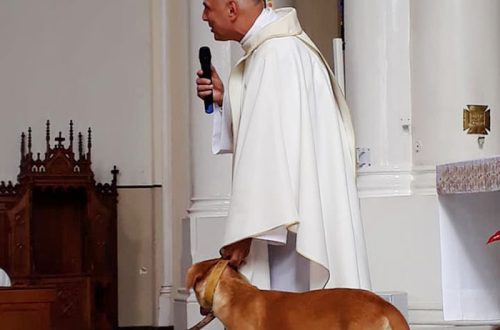 Why the dog rides on the priest – 12 reasons