Finding out the sex of a red-eared turtle acquired in infancy is problematic until it is fully mature. This is due to the fact that babies grow at the same pace. It is possible to draw a conclusion only at the age of 2, when gender characteristics appear in reptiles.

Let’s figure out how to determine the sex of a red-eared turtle by external and behavioral characteristics.

At the 2nd year of life, the female develops faster than the male, therefore it is large. Using the length of the shell, you can determine not only the sex, but also the approximate age of the red-eared turtle.

Domestic turtles develop faster than their wild relatives, so you don’t have to wait 6-8 years (puberty in the wild).

IMPORTANT! When breeding at home, you can independently set the gender of future pets. At high temperatures (>30°) of incubation, females hatch from eggs, and at temperatures

You can determine the sex of a red-eared turtle in 3 ways:

In order to find out the gender of the turtle, carefully consider its appearance.

Long and pointed claws located on the forelimbs will help to distinguish the male from the female. Claws allow to show strength to potential rivals and are used to maintain balance during mating, when the male climbs onto the chosen one’s shell.

Female representatives can be recognized by short and blunt claws, not intended for battles with other individuals.

IMPORTANT! The cause of blunt claws may lie in the wrong material used for the sushi island. Also, sex determination is complicated in young animals with unformed claws and elderly reptiles that have worn off their claws over their long lives.

You can find out the sex of your pet by the shell. Carefully study each of its sides:

IMPORTANT! Sea and freshwater turtles do not like neglect, so they attack violators who dare to turn them over. When examining, hold the pet by the edge of the carapace, located next to the tail. This will protect against the strong jaws of a reptile that is not able to reach the designated area.

The main difference between a male and a female is the genitals. In male turtles, they are located in the tail, therefore, according to its width and length, they speak of gender:

The act of defecation in males is often accompanied by eversion of the penis. In this case, it becomes quite easy to distinguish between red-eared turtles.

IMPORTANT! An inverted member should retract when touched. If this does not happen, then you should check the pet for prolapse of the cloaca.

You can determine the sex of the aquatic red-eared turtle using the cloaca. To do this, you need to find out how far from the shell it is located and what shape it takes:

In addition to these features, you can distinguish a female from a male red-eared turtle by:

IMPORTANT! Sometimes size doesn’t help. If the female is smaller than the average parameters, and the male is larger, then the results will be distorted.

In order to find out whether a boy or a girl appeared in the family, observe the habits.

An active turtle, getting into any showdown with its red-eared roommates, is most likely male. Female individuals are distinguished by great composure. It is they who prefer to hide peacefully in the shell and think about the eternal.

If there can be doubts about the small red-eared turtle, then the mating season will definitely give out an adult. Active sexual behavior of males cannot be left unnoticed. It is accompanied by:

IMPORTANT! In addition to unusual movements, males often emit an attractive squeak, but some females successfully reproduce this sound. At a young age, females not only make similar mating sounds, but also completely imitate mating behavior. Such an interesting feature passes with growing up.

If after all the manipulations it was not possible to understand the gender, then you can turn to medical research. This technique can be used only after the full maturation of the ovaries or testes.

IMPORTANT! If the content is incorrect, the hormonal background of the reptile is disturbed, which reduces the reliability of the results obtained.

When determining gender, use:

For the reliability of the information received, it is important to act step by step. Determination of the sex of the red-eared turtle should be carried out using all the proposed methods. If you cross the results obtained, which does not allow you to confidently assign a pet to a particular sex, trust your veterinarian.

Video: Determining the sex of red-eared turtles using the example of two individuals of different sexes

How to find out the sex of an aquatic red-eared turtle, the distinctive features of males and females 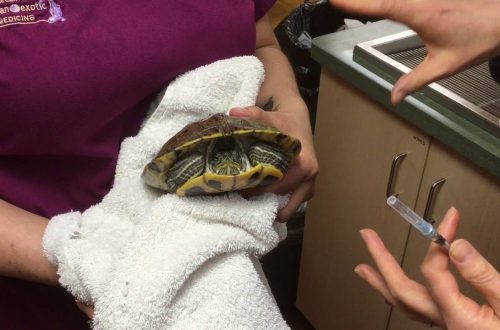 How to inject turtles 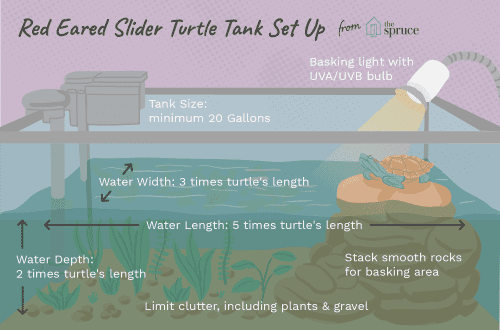 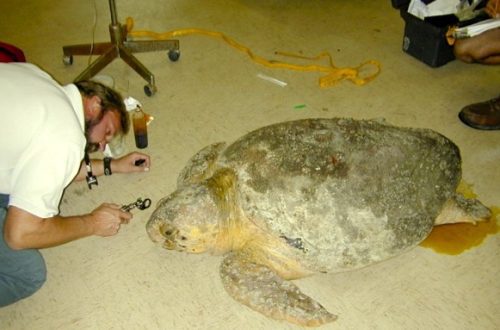 Introduction of a probe to a turtle