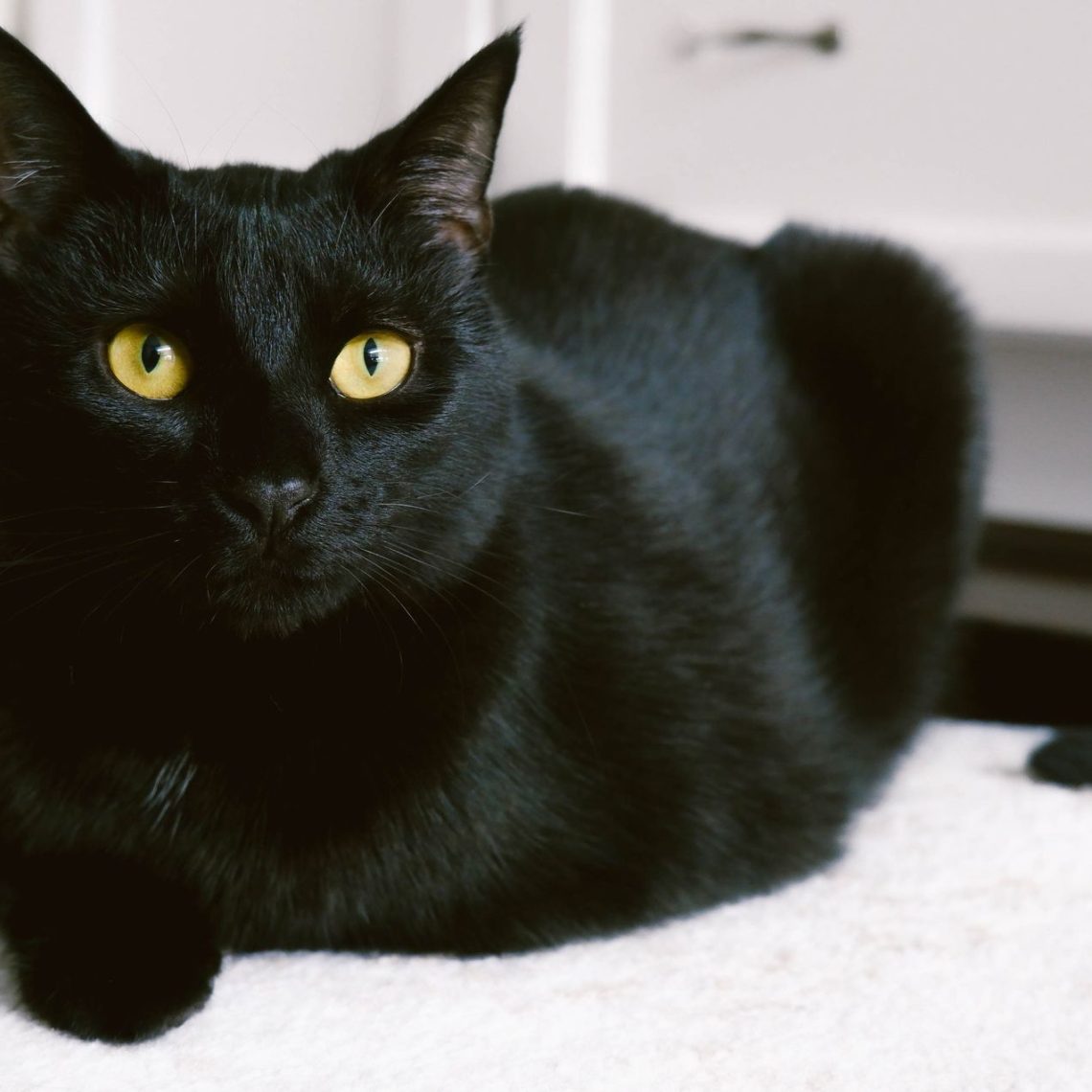 The Bombay cat is a graceful and unusually affectionate pet with a spectacular appearance. It can become a real decoration of the house.

The Bombay cat is unusual in that it looks like a wild black panther, only several times smaller. And an even greater resemblance to this dangerous predator is given to the cat by copper-colored eyes (or, as they say in the homeland of the black Indian leopard, the color of a penny) and graceful tread. True, the word “Bombay” in the name of the breed indicates only that it looks like an Indian predator, since this breed is not connected with India in any way. Despite the appearance of a predator, the cat’s temperament is not at all wild. The Bombay’s favorite pastime is to purr while lying on his master’s lap.

History of the Bombay cat breed

A large number of dates and facts cannot be found in the personal chronicle of Bombay cats. The main paradox, perhaps, is that they have nothing to do with either the densely populated Mumbai or the island in the Indian Ocean. The first representatives of the breed were born on the border of the American states of Kentucky and Indiana. Enthusiast Nikki Horner from Louisville has set herself the ambitious goal of creating a “room” replica of the magnificent feline that is now endangered, the Indian leopard. Yes, yes, Mowgli’s teacher, familiar to us from The Jungle Book, is actually a leopard whose coat has a black tint due to a genetic mutation.

However, the breeder was only interested in visual resemblance, and not in the habits of a large predator, therefore, among the ancestors of the Bombays, unlike savannahs , canaans, safaris, chausies and bengals , there are no servals, marsh lynxes, forest cats and other “savages”. To create an unusual appearance, Ms. Horner decided to use a black American Shorthair cat with golden eyes and a sable-colored champion Burmese cat . Work on the hybrid began in 1953, and over the next few years, the “mother” of the Bombay cats put a lot of effort into the process of selective selection and further crosses.

In the mid-60s, the first kittens appeared, whose exterior corresponded to the breeder’s idea. They immediately made a splash among cat lovers from the United States, but were able to take part in official exhibitions only a decade later. In 1976, the breed was registered with the influential American The Cat Fanciers’ Association (CFA) and immediately became one of the winners of regional and national competitions. The International Cats Association (TICA) recognized Bombay cats in 1979. But the international organization for breeding and breeding new breeds of cats Fédération Internationale Féline (FIFe) at the moment has not even included them in the list of tentatively recognized ones.

Until now, crossings with the Burmese cat (sable color) and the American Shorthair cat (black color) are still allowed .

Appearance of the Bombay cat

The Bombay cat belongs to the shorthair category. As for the size, it falls short of the impressive dimensions of the wild prototype. The growth of young individuals finally stops by the age of two, although they become sexually mature already at 6-9 months. Typically, Bombay cats reach a medium size, from 20 to 30 cm in height. The normal weight of an adult male is 5-5.5 kilograms, cats are slightly lighter – 3-4 kg.

In general, the type is similar to the Burmese cat , but the body is more elongated, the paws and tail are longer.

The size is medium, the shape is as close as possible to a circle, without protrusions and corners.

The muzzle of the Bombay cat is wide, pleasantly rounded, the divorces are smooth. Strong and strong chin. Jaws are powerful. The bite is correct, pincer-shaped – the teeth are even, do not overlap, the incisors directly close.

The break is pronounced quite clearly, but not sharply, does not turn into a break, so that the profile does not look “eagle-like” or snub-nosed. The tip of the nose is slightly rounded down.

The eyes of the Bombay cat are one of the unique features of the breed. They are widely spaced, have a rounded shape, large, generally excellent proportions, bright, shiny. According to the American standard, only shades from dark amber to gold are allowed, with preference given to the first – so the eyes are most like a copper penny, a coin in denomination of one cent. The British type also includes green-eyed cats.

The tail of the Bombay cat is of medium length, not thin, strong. It tapers slightly towards the tip.

Another calling card of the Bombays. Short, rather thin and very close to the body due to the lack of undercoat. With a pronounced luster and texture, it resembles natural silk.

It is the color that makes up half the success of the Bombay cat in the eyes of a professional jury. Solid jet black from tip to root. Any spots or medallions are a serious fault. Black should also be the nose, the pads on the feet.

This is a rare case in which the hybrid breed has inherited the best features of not only the appearance, but also the inner world of the “parents”. From the American Shorthair cat , the Bombay inherited restraint and poise. Your pet will never show aggression for no reason, even towards strangers, careless children and other animals. If the situation becomes uncomfortable, he will prefer to retire to a safe place.

On the other hand, Bombay cats, like their Burmese cousins, are incredibly sociable, sociable and loving. They spread tender feelings and ardent devotion to all family members without exception, usually without singling out anyone in particular. They need human society and constant attention from their owners, and they are very sad when they are alone. They are often referred to affectionately by their owners as stalkers, as they shadow-follow household members as they go about their business. You can be sure that as soon as you return home and sit down in a chair for a minute, a satin purr will immediately settle on your hands.

But you can’t call them couch potatoes! One has only to invite the Bombay cat to run with the kids or show a new toy – she will rush into battle with great enthusiasm.

Bombay cats are unpretentious in care. The short smooth coat does not fall off even during the molting period, so it will be enough to use a rubber brush every few days. Bombays treat combing just as favorably as other forms of affection, so you won’t have any problems. Frequent bathing at home is not needed. Before shows or in case of contamination, it is recommended to use special shampoos for black wool.

Carefully monitor the condition of the eyes, respiratory tract and auricles, they need to be cleaned regularly with special products. Brushing your teeth with veterinary toothpaste will help prevent tartar and gum problems.

Bombay cats are very domestic. They do not seek long absences, as, for example, නෝර්වීජියානු වනාන්තර බළලුන් . But small outings in your company, provided the weather is good, will surely give them pleasure. They get used to walking in a harness quickly.

This breed is thermophilic, low temperatures and drafts can lead to colds and other infections, so it is better to organize their sleeping place where it is dry and comfortable all year round, but not in close proximity to radiators and central heating radiators. Especially your pet will be grateful for a cozy closed “house” at some elevation from the floor.

Combination feeding should be avoided in favor of either premium and super premium prepared foods or natural foods. In the second case, the ratio of meat components and fiber should be 80% and 20%, respectively. From an early age, you need to learn to limit the indefatigable appetite of your pet, otherwise overeating will lead to obesity and health problems.

Bombay cats are very clean and for the most part are not particularly demanding on cat litter, so litter box training is quick and painless.

Health and disease of the Bombay cat

In general, Bombay cats are considered a breed with good health, but along with the genes of the American Shorthair , they have become prone to a serious cardiovascular disease – hypertrophic cardiomyopathy. It doesn’t show up right away. Alarming symptoms are shortness of breath and a sharp increase in sleep time.

A congenital pathology, the so-called “Burmese craniofacial defect”, was inherited from the second line of ancestors. Kittens born with him are subject to immediate euthanasia. Unfortunately, there are cases of this disease in many purebred lines.

Due to the characteristic “stop” and the associated curvature of the nasal passage, breathing problems are possible. As already noted, Bombay cats are prone to colds.

The Bombay cat is a rather rare breed, we do not have a large number of reputable breeders and catteries with a good reputation. And, of course, it is worth looking for a pet only here if you want to be sure that you are buying not just a black yard cat.

In addition to the official documents of the parents, an important factor is the conditions of the kids. Kittens should have a good appetite, a desire to make contact with people, play with brothers and sisters. A good breeder will not give away a Bombay kitten younger than 12-16 weeks old to new owners, although the reserve, of course, occurs in advance.

How much is a Bombay cat

The price of “domestic” Bombay kittens without a pedigree and with external deviations from the standard that do not affect the character and health of the pet starts from 150$. Show-class cats, whose chances of becoming the winner of the exhibition are quite high, cost 900$ or more. 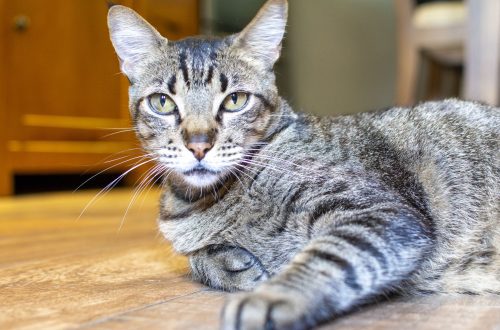 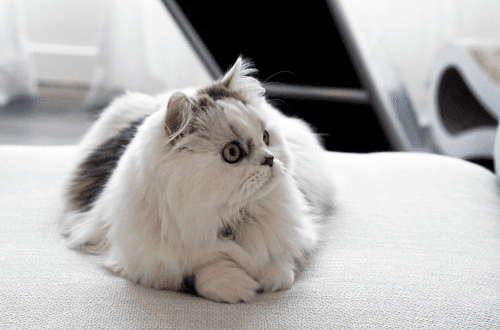 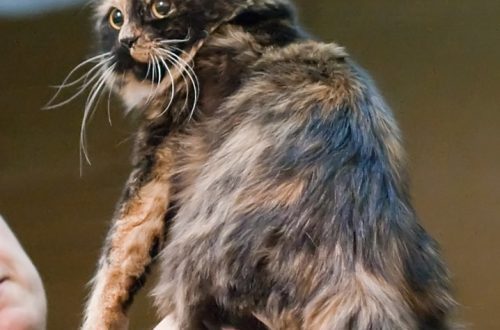