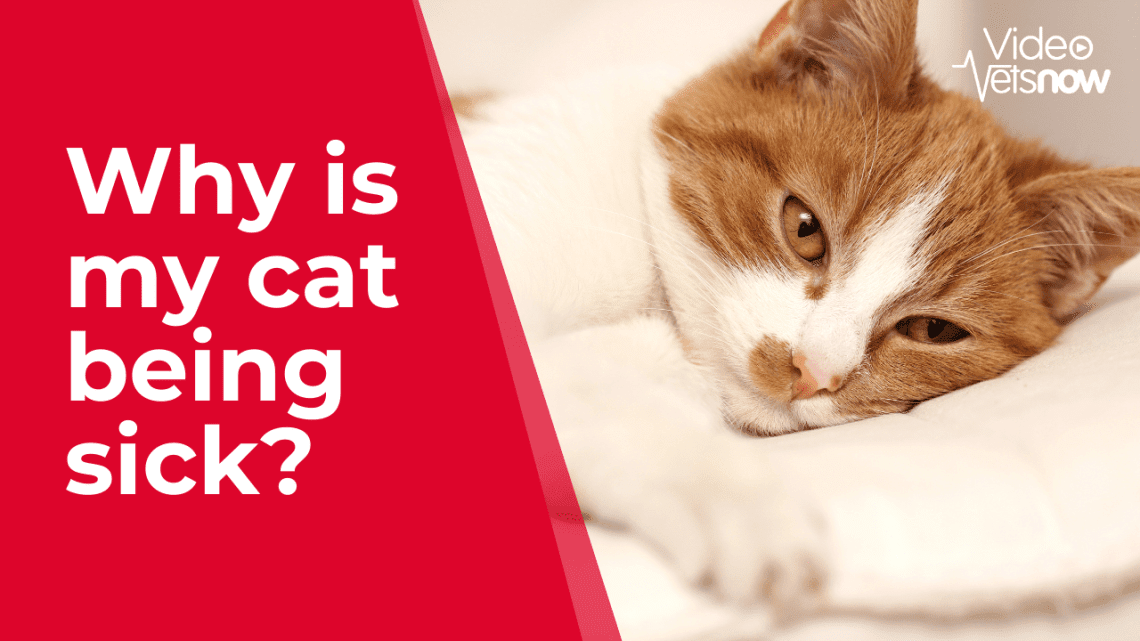 Common Causes of Vomiting in Cats

Why does a cat vomit? The most common reasons are the following:

Vomiting in a cat may indicate the presence of a disease that requires diagnosis and the appointment of specific treatment. It can be: distemper of cats, enteritis, calicivirus, helminthiases, thyroid diseases, pathologies of the vestibular apparatus and others.

Cat pregnancy as a cause of the gag reflex

Experts have not come to a consensus on the issue of toxicosis in cats during gestation. However, owners of pregnant pets often experience vomiting in them, especially in the morning. As a rule, this phenomenon is due to hormonal changes in the body, occurs in the second week of fruit development, and its duration does not exceed 10-14 days.

If there are no suspicious inclusions in the vomit, the body temperature is normal, the stool is normal, then there is no cause for concern. In the case when the condition of the animal worsens, other symptoms join, vomiting becomes profuse, frequent, severe, with impurities, it is necessary to show the cat to the veterinarian. Otherwise, the risk of losing not only the unborn offspring, but also the mother increases.

Why do kittens vomit

Small kittens can spit up milk when overeating, which is associated with imperfections in the digestive tract, and in adulthood – with high physical activity. Other causes may be congenital pathologies of the gastrointestinal tract, for example, abnormal development of the sphincters of the esophagus or stomach, impaired production of enzymes, and so on. An infectious disease can be suspected if there are unusual impurities in the vomit or if the masses have a strange shade.

In some cases, the appearance and / or nature of vomiting in cats can suggest what caused it.

A yellowish tint can be the result of feeding a pet food with dyes, but more often the cause is helminthiasis or problems with the liver and gallbladder. Such vomiting has a pronounced yellow color, it is possible with severe intoxication of the body, poisoning, eating fatty foods, and certain drugs.

Normal phenomenon – the gastrointestinal tract gets rid of the accumulation of wool, which is not digested and does not enter the intestines.

White vomit, foam, with or without mucus

It is the secret of the stomach, mucus that protects its walls. Overeating, parasitic diseases, developing gastritis, ulcers, viral or bacterial infections can provoke this type of vomiting in a cat. Possible during fasting. A single attack is not dangerous.

Gray vomit with pieces of food

Occurs in case of overeating, contains undigested food residues. It can take place during pregnancy of a cat, in violation of the patency of the intestinal tract, inflammation of the digestive tract, intestinal volvulus.

Provoking factors: chemical (for example, taking medications) and mechanical injuries of the gastrointestinal tract, oncology, peptic ulcer. A purple, dark brown hue may indicate pathology in the stomach or duodenum, bright blood – damage to the esophagus or oral cavity.

May be due to impaired intestinal patency, taking certain medications (for example, activated charcoal in case of poisoning).

In pathological conditions, vomiting in a cat may be accompanied by a number of other symptoms:

To make a correct diagnosis, you need to provide the specialist with information about the duration and frequency of vomiting, nutritional habits before it occurs, and so on.

When to See a Veterinarian Urgently

It is necessary to quickly take the cat to the clinic in the following cases:

Treatment of vomiting in a veterinary clinic

Treatment of vomiting in a cat depends on its nature: an acute attack is eliminated by symptomatic therapy, and a chronic course requires a thorough examination of the pet (ultrasound, endoscopy, laparotomy) and the use of appropriate methods (medical, surgical, endoscopic). In each case, the therapy will be different. For example, when a hairball gets stuck in the stomach or intestines, its removal is carried out by endoscopy, after which the animal is shown anti-inflammatory therapy.

Obstruction of the pylorus of the stomach, tumors, the presence of foreign objects in the pet’s gastrointestinal tract suggest surgical treatment (sometimes endoscopy). In severe inflammatory bowel disease, a veterinarian may prescribe hormonal medications and supportive medications. Diseases of the liver and gallbladder require the use of antibiotics, anti-inflammatory and choleretic agents, corticosteroid drugs, immunosuppressants.

How to help a cat at home

What should I do if my pet is vomiting? First of all, you should lay the cat in such a way that the head hangs slightly, which will prevent the contents from falling back into the esophagus.

Pharmacological agents at home must be selected carefully:

Attention: in case of poisoning with the help of vomiting, the body tries to remove toxic substances, therefore it is not recommended to give antiemetics. On the contrary, you can try to induce a reflex in a cat by pressing on the root of the tongue with your finger, after first drinking warm salt water (the larger the better, until the gag reflex sets in).

You can support your pet by periodically giving him a decoction of chamomile, oats or flax seed. Be sure to give plenty of water. If the animal refuses to drink on its own or cannot, it should be watered from a spoon, poured into the mouth with a syringe or a rubber bulb.

How to feed a cat when vomiting

In the clinic, the specialist will definitely recommend putting the cat on a sparing diet or keeping it on hunger for 1-2 days. Fasting allows the mucous membrane to recover from vomiting. The presence of an inflammatory process in the gastrointestinal tract prevents the full breakdown and absorption of food, so any food will not only be useless, but will also lead to new attacks.

With a single vomiting that is not associated with diseases of the digestive tract, it is allowed to feed the animal after some time. As a rule, the cat itself lets know about it. In such cases, the first meals are a dietary menu that excludes fatty, protein foods. The diet can include: rice water, vegetable puree (for example, intended for children), low-fat broth. If the pet is accustomed to industrial feed, then you need to choose special offers from the category of medical.

Is vomiting dangerous for a pet?

A single vomiting in cats, in the absence of a disease that provokes it, is not dangerous. A frequent and abundant reflex can lead to serious consequences: the immune system weakens, the body’s energy reserves are depleted, the pet becomes vulnerable to infections.

But the main danger is dehydration, especially if vomiting is accompanied by diarrhea. You can check whether there is a significant loss of water as follows: grab a patch of skin on the body of the animal and pull the fold a little. With a sufficient level of fluid in the tissues, it will quickly straighten out, otherwise the fold will remain or take its original position after a while. The latter option means that the cat needs to be urgently taken to the clinic for urgent measures.

How to prevent vomiting

Preventive measures to prevent vomiting in a cat:

It must be remembered that vomiting is not only a symptom that indicates a malfunction in the cat’s body, but also a condition that is potentially life-threatening for the animal. An attentive owner will be able to guess the cause of vomiting and take the pet to the clinic, or provide home treatment. Compliance with preventive measures will help to avoid an unpleasant situation in the future. 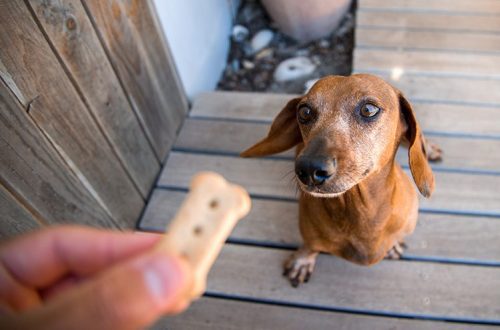 How to mess up your pet’s eating behavior 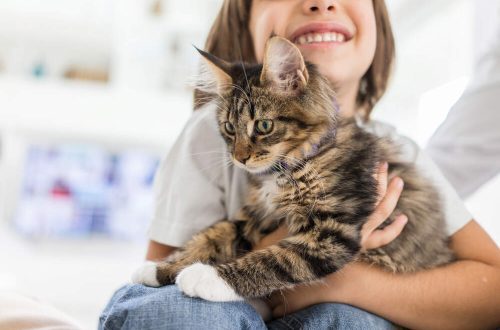 How to find a house cat: 6 tips for owners 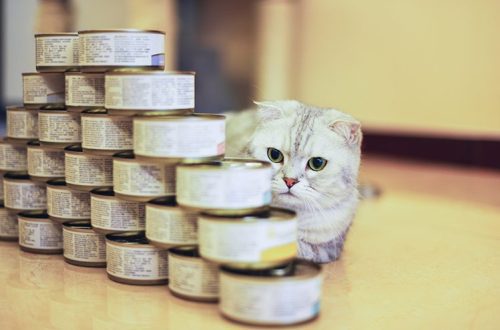 What is the best wet cat food?