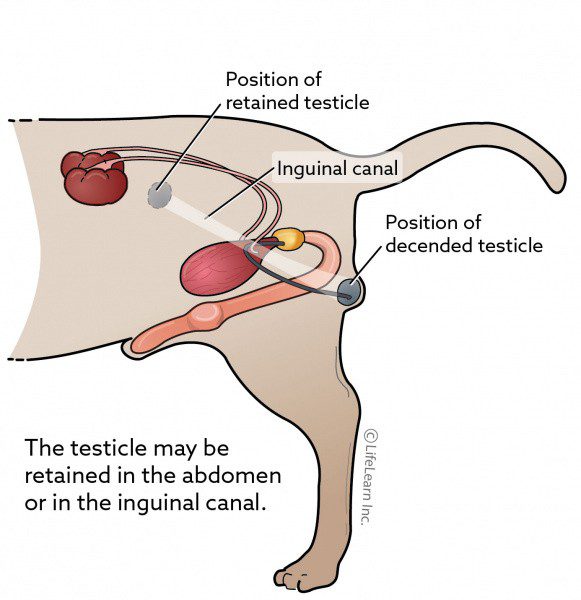 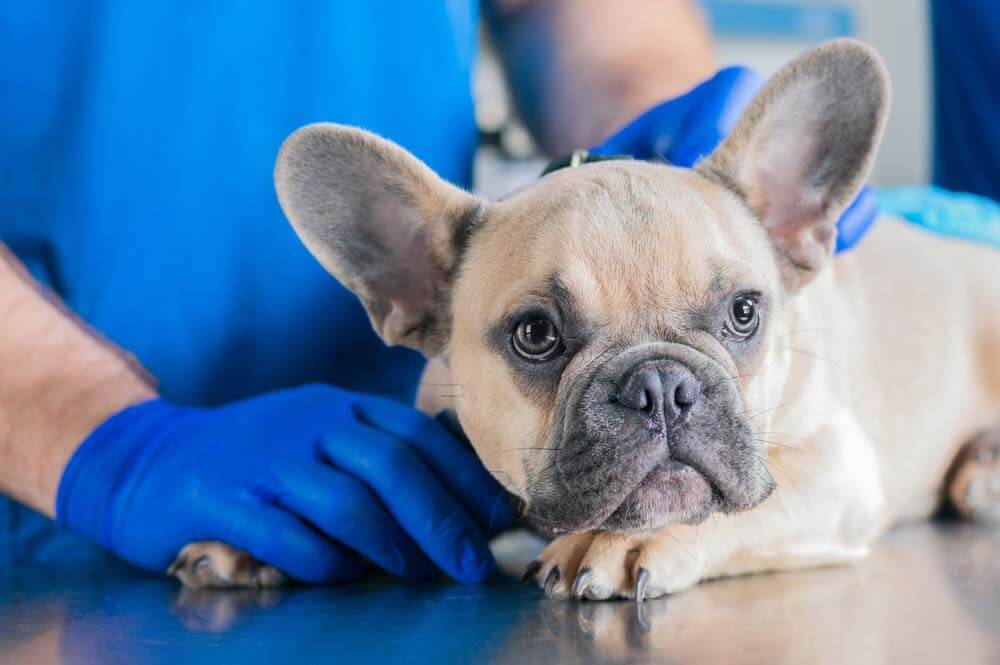 What is cryptorchidism in dogs?

Cryptorchidism is the medical term for the inability of one or both testicles to descend into the scrotum. The testicles develop next to the kidneys in the abdomen and usually enter the scrotum by two months of age. In some dogs, this may happen later, but, nevertheless, the testicles should come out before the age of six months.

If a dog has not descended one or two testicles after two to four months, it is more likely to have this disorder.

This is a genetic disease that occurs in some dogs and can be passed on to offspring by the father if he is not sterile himself. The disorder indicates a nonexistent or incomplete descent of the testicles. In dogs without this disorder, the testicles descend on their own into the scrotum.

In cryptorchidism in dogs, the testicles are not in the scrotum.

Cryptorchidism may differ in the location of the testicles and their number in the scrotum. Depending on this, several types of cryptorchid dogs can be conditionally distinguished.

Cryptorchidism in dogs can differ in the location of the testis. If one testicle remains in the abdominal cavity, it is abdominal. Anatomically, normally from puppyhood, the testes develop in the abdominal cavity in the region of the kidneys and are attached by cords near the neck of the bladder. Gradually, special ligaments pull the testis through the canal and attach it to the scrotum. But with this pathology, this does not happen. The testis can be detected by visual diagnostics in the clinic. Most often after it is removed.

Unilateral cryptorchidism in dogs is a pathology in which one testicle descends into the scrotum, and the second remains in the inguinal canal or abdominal cavity. With this type of cryptorchidism, the pet shows all the usual signs of an uncastrated male – sexual hunting, sexual aggression, leaving marks and sexual desire. Males can produce sperm, but are often unable to fertilize.

With bilateral cryptorchidism, both testes are inside the body, and the scrotum is empty. Often it is hardly noticeable, as it does not develop. Due to the incorrect temperature regime in which the testicles are located, spermatozoa cannot form and develop, as a result of which the male is infertile. Often such males do not show sexual desire and sexual behavior at all.

One egg in a male may either appear in the scrotum or disappear, depending on the location of the body. This is the so-called false cryptorchidism. The testicular cord is long enough to protrude into the scrotum. But the inguinal canal is too wide, and the testis can migrate back and forth through it.

There can be quite a few reasons – the puppy’s low weight, developmental pathologies, improper feeding, heavy physical exertion. Let false, but still it is cryptorchidism, and it also requires treatment.

Causes of cryptorchidism in dogs

Some studies suggest that cryptorchidism in dogs is a genetic condition that is passed down from father to son. This is why it is important not to breed dogs with this disorder, because the genes are inherited. In some cases, a male with this genetic disorder cannot reproduce due to sterility. It mostly occurs in animals with double undescended testicles. In such a case, both testicles have not descended and the dog cannot reproduce because the sperm cells do not form properly. This is due to the fact that the body temperature is too high for their formation, and they can only cool in the scrotum.

Other studies show that such a pathology cannot be caused by genetic factors. Instead, it is stated that it could be an anomaly that affects one puppy from the litter due to something that happened during the pregnancy.

Whether this disease is hereditary or environmental, there is no way to prevent it from occurring. The owner of the dog just needs to treat the pet. The only way to ensure that the other dog does not get pathological is not to be bred under any circumstances.

Any puppy can be at risk, as the disease has been reported in almost all breeds. Miniature dog breeds are more likely to have this condition than larger ones. However, despite this, German Shepherds, Boxers and Staffordshire Terriers have a relatively high incidence of this disease.

As we noted earlier, this condition has some genetic predisposition, but the exact transmission mechanism is unknown.

Finding out if a dog has this disorder is quite simple – you need to examine the scrotum. If there is something missing, then the diagnosis is clear.

Also, visually and palpation (palpation with your hands) you can find the testicle if it is located in the inguinal canal or under the skin in the groin area.

But it takes more than just a visual check to figure out exactly where a missing testicle is. An abdominal ultrasound or x-ray allows the veterinarian to see where the testicle is in the dog’s body. With cryptorchidism in a puppy, undescended testicles are very small and in rare cases, when they are not visible on ultrasound and x-rays, a CT scan is performed to determine the localization of the organ.

In some cases, a hormone test may be done. This is required when the male exhibits feminine behavior or the dog lacks testicles but behaves like a male. This is a test for the level of female and male hormones. Blood is taken from the dog and the level of the hormone in the blood is determined, subsequently a conclusion is given whether the animal has testicles.

To determine whether a dog is cryptorchid at home, examine the area of ​​​​the scrotum, touch it. Normally, you should feel that there are two dense testicles in the sacs. If any of the bags are empty, you should consult a doctor.

There are a few things you should check with your veterinarian when seeking treatment for your pet’s cryptorchidism:

The only correct treatment is to neuter your cryptorchid dog (i.e. remove both testicles).

Another operation to be aware of is the process where the veterinarian attaches the testicle in place, in the scrotum. This procedure is unethical and should not be performed by bona fide doctors and owners.

Such an operation has a number of complications, since the attached testicles often die, become inflamed, and you still have to castrate the dog on an emergency basis.

Neutering a cryptorchid dog is a more complex operation than that of a healthy dog ​​because it may involve an incision in the abdomen and the operation time will be longer.

If your dog needs testicles to compete in shows, there are prosthetic testicles that are available for cosmetic purposes. They are called naytics.

Although some people may be against the procedure of castration, it is important to understand that for animals with this pathology, this measure is necessary.

This is because the procedure eliminates the genetic defect and the dog will not pass it on to offspring.

Even if a puppy does not have a testicle, it will still have the same characteristics as dogs that have both testicles in place. This means that he can also show sexual aggression, mark urine and more.

But the most important reason for neutering a cryptorchid dog is that in this case there is a high risk of developing testicular cancer, since an unmissed egg is in the wrong temperature regime and cannot develop correctly. Also, pain is often encountered due to an improperly located organ.

If the male is a cryptorchid and he was assigned castration, preparation for the operation will be required. She’s pretty standard. First, the localization of the testicles is determined – by examination or ultrasound and other studies.

It is recommended 3-4 weeks before the operation to carry out treatments for parasites and follow the vaccination schedule.

For 8-12 hours before the operation, the pet is not fed, hunger is observed. Water can be drunk without restrictions.

Cryptorchidism in males is treated surgically, and the course of the operation will depend on the location of the testes.

If the testicles are located under the skin, then the operation goes through the following stages: hair removal and skin antisepsis are performed, an incision is made over the testis, it is separated from the surrounding tissues, the testis and the vessel are bandaged, and the testis is excised. Next, the wound is sutured.

Care will not change whether one or two testicles are removed from a puppy, their location is important. If the testicle was under the skin, then the rehabilitation will be the same as with conventional castration – suture treatment and protection from licking. If the testicles remain in the abdomen, recovery will take longer.

Since the dog must undergo abdominal (inside the abdomen) surgery, it will take longer for the dog to recover than after traditional castration. In this case, the recovery period is very similar to the rehabilitation of spayed bitches.

Remain calm for at least two weeks after surgery while the stitches heal.

The dog will probably need to wear a brace or an Elizabethan collar to keep the stitches from licking.

The veterinarian may recommend a hospital stay for one night after surgery. Full recovery will take approximately 10-14 days.

If the dog is returned home in anesthesia, then it is necessary to control the body temperature, provide warm and dry bedding, monitor its movement around the apartment so that it does not injure itself.

When the dog recovers from the operation, it is necessary to follow a number of rules throughout life. First of all, observe the norms of feeding and use food for neutered dogs with the prevention of excess weight and urolithiasis. Do not be lazy and engage in active games with your pet. Conduct regular medical examinations, annually after 6-7 years. 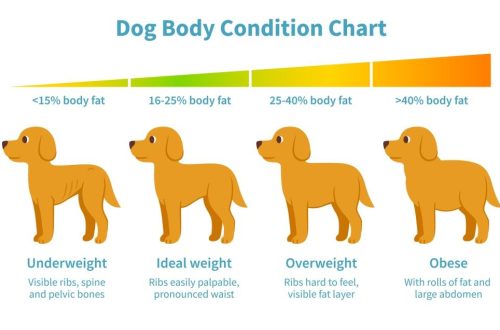 The dog is losing weight, what to do? 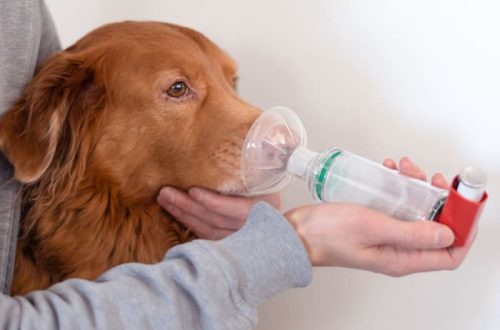 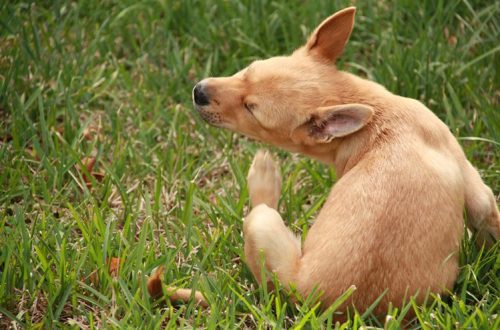