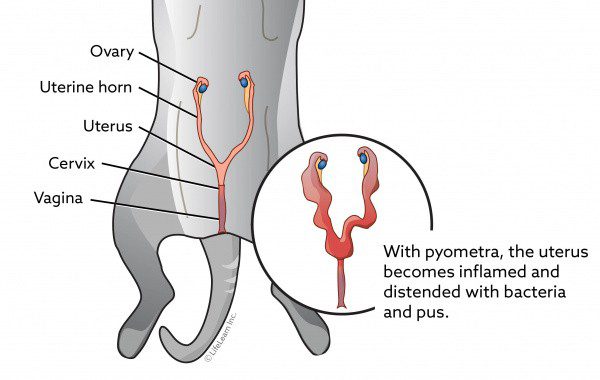 Causes of pyometra in cats

Common causes of pyometra in cats include:

All of these causes of pyometra are closely related. At risk are animals with empty estrus, over the age of 5 years.

How does pyometra appear in a cat?

Pyometra in a cat can occur in two forms: open and closed. The main symptom of the open form of the disease is discharge with an unpleasant odor from the animal’s genital tract. They can be liquid, bloody or purulent, mucus-like, with a gray or whitish tint. Other variants of consistency and color are also possible, but in all cases they clearly deviate from normal values. The volume of secretions with an open uterus also varies – they can be very plentiful or, on the contrary, scarce. And in fact, and in another case, the pet will lick all the time. 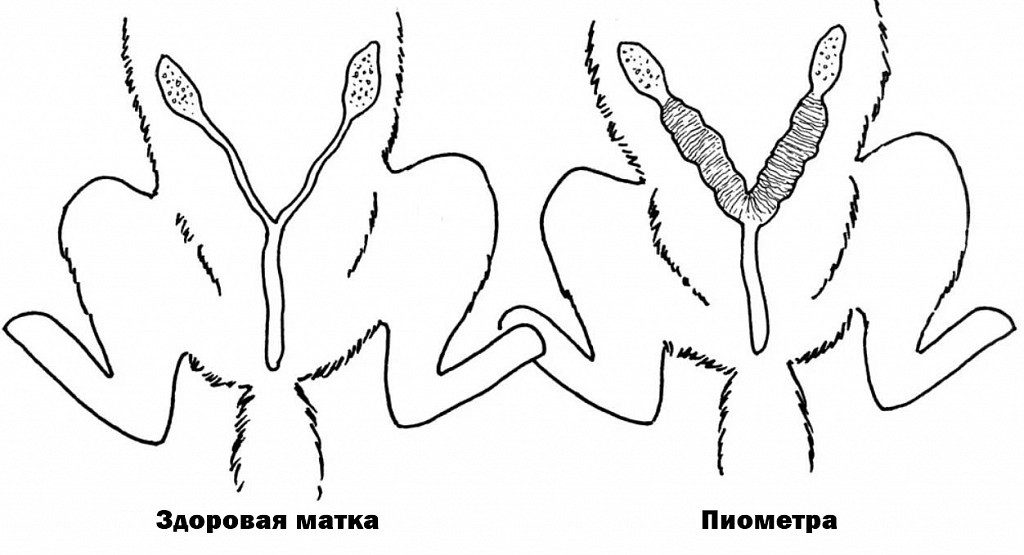 The closed form of pyometra poses a danger to the health and life of a cat, since exudate accumulates in the uterine cavity, and it is more difficult to detect pathology. Obvious symptoms of the disease occur when the walls of the organ are significantly damaged, and the body experiences severe intoxication. The signs of pathology in this case are as follows:

Pathogenic microorganisms, toxic metabolic products, inflammatory metabolites in pyometra have a negative effect on all animal organ systems: respiratory, excretory, cardiovascular, nervous (brain). With the mass reproduction of pathogens, a cat develops a particularly serious condition – septicemia. This is a form of sepsis, which is characterized by rapid progression and severe intoxication. Lack of timely care and treatment of pyometra in cats can lead to rupture of the uterine wall and peritonitis.

Since the listed signs appear with significant damage to the uterus, first of all, you need to focus on changes in the behavior of the animal. Depression, apathy, thirst, refusal of food – these and other symptoms occur already in the first stages of the development of inflammation. It must be borne in mind that pathology can also develop in a pregnant cat.

In the clinic, the veterinarian will examine the pet, ask the owner about the living conditions of the animal, listen to complaints, and prescribe an examination.

Differential diagnosis is carried out with pregnancy, inflammatory processes in the vagina, pathological changes in the kidneys, diabetes, disorders in the endocrine system.

The data obtained make it possible to identify exudate in the uterine cavity, determine its volume, the degree of damage to the organ, and choose the appropriate method of treatment – conservative or surgical.

How is pyometra treated in cats? The task of the conservative method is to preserve the reproductive function. For this, therapy with antibacterial and hormonal drugs is used. Treatment is considered successful if, at the end of the treatment, the uterus returns to its normal size and the cat feels satisfactory. Allocations in this case can be observed for another month. After the treatment, doctors advise immediately allowing the animal to mate. This recommendation is due to the fact that the inner layer of the uterus during pregnancy is practically not susceptible to infectious effects. After delivery, the cat’s uterus must be removed to avoid recurrence of pyometra.

It should be noted that drug treatment is carried out in several stages, and requires the animal to have strong immunity and physical strength. Hormones and antibiotics greatly weaken the immune system and also activate uterine contractions. This can lead to the following complications:

In practice, even if the condition of the animal improves, the likelihood of recurrence of pyometra remains high. The situation is complicated by a decrease in immunity and a large number of side effects of drugs.

In almost 80-85% of cases of drug therapy, it does not give any effect, so experts recommend an operative method. It is better to perform the operation immediately after the diagnosis is established, since over time the cat’s body will weaken even more, and if a relapse develops, it will not be able to endure anesthesia.

Surgery is the main and emergency treatment for closed pyometra in a cat. The same applies to rupture of the uterine wall, tumor processes of peritonitis. The operation absolutely excludes the possibility of recurrence of the disease in the future, since both the uterus and the ovaries are removed. In this case, the standard method (scalpel) or laparoscopic can be used.

It should be noted that the operation to remove the reproductive organs of a cat is also associated with risks. Firstly, the doctor’s work is complicated by the presence of purulent contents in the uterine cavity. With its large volume, there is a high probability of rupture of the organ wall during the operation. To prevent this phenomenon, hormonal therapy is preliminarily carried out. The intake of hormones contributes to the release of a certain amount of purulent exudate and a decrease in pressure in the uterine cavity.

Another risk is the development of internal bleeding. In addition, the animal may have a negative reaction to the surgical suture.

However, you should not be afraid of such problems, since in comparison with this, the complications of pyometra are much more serious.

Recovery period: what to do

To avoid divergence of the seams or infection, at the end of the operation, a bandage is put on the animal. The rehabilitation period lasts, on average, two weeks. Improvement in the condition with a favorable prognosis occurs in about 2-3 days. During the recovery period you will need:

The owner must strictly monitor the timely intake of prescribed medications by the animal. Basically, these are antibacterial and symptomatic drugs – antipyretic, anti-inflammatory, painkillers and others. It is important to ensure proper care of the seam. It should be clean, without signs of inflammation, suppuration. If there is severe redness, swelling, bloody or purulent discharge, you need to urgently show the animal to a veterinarian.

The main danger with pyometra in a cat is peritonitis and the subsequent death of the animal. Peritonitis develops in case of rupture of the uterine wall: the pus filling its cavity is poured into the abdominal cavity.

Another complication is coma, which can occur with severe dehydration of the pet. Since during a coma the body is greatly depleted, the cat dies.

The best prevention for pyometra is to spay the cat before the first heat or immediately after it (up to a year old). Other preventive measures include:

In addition, it is imperative to regularly visit the veterinary clinic for medical examinations, ultrasound of the pelvic organs, especially if the cat is at risk. 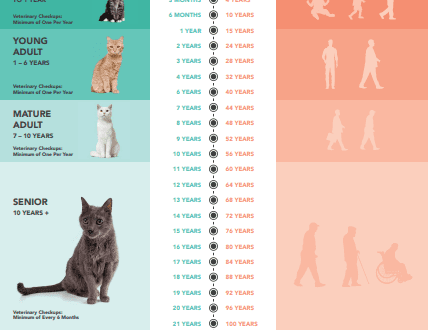 Cat growth stages: provide the best care at any age 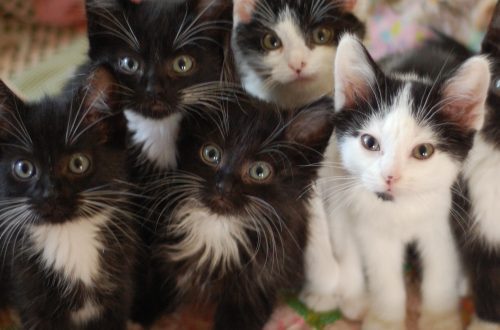 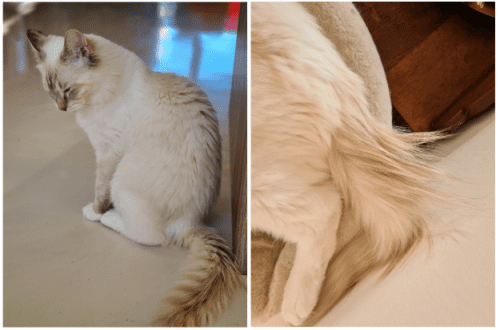