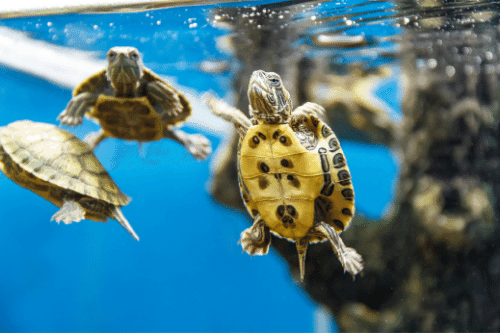 At home, red-eared turtles sleep on land or in an aquarium for several hours a day. The specific duration of sleep depends on the individual characteristics of the animal, its age, gender and health status.

How do turtles sleep

Aquatic turtles (red-eared, marsh) can sleep both on land and under water. Sleep can also catch them during a walk, when the owner releases the animal from the aquarium. Therefore, you need to do this for only a few hours and periodically monitor the pet so that it does not get lost or stuck in hard-to-reach places.

Most often, domestic red-eared turtles sleep on land. They climb onto the island, close their eyes, calm down and fall asleep. Some animals retract their heads and paws into their shells, while others do not. They leave their head stretched out and simply close their eyes. This happens because they get used to a calm environment, the absence of predators and competitors.

However, the red-eared turtle can sleep in the water. A sufficient amount of air accumulates in her lungs, the supply of which lasts for several hours. The animal sleeps in the water, completely immersed in it, or stands on its hind legs on the bottom of the aquarium, and rests with its front legs on an island or other object. In this position, the pet can spend several hours in a row. 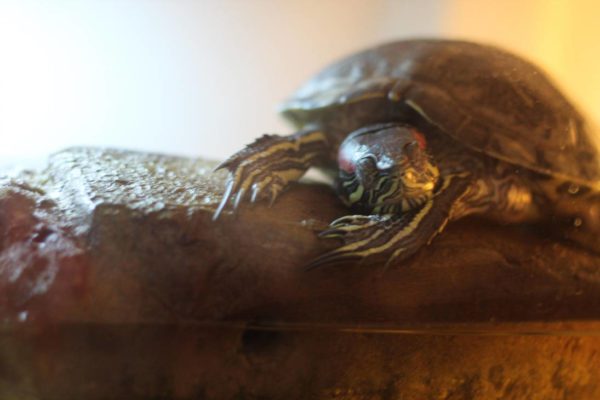 When and how much sleep

The answer to this question is ambiguous, since each animal develops its own habits over time. The duration of sleep and the features of biorhythms depend on a number of factors: 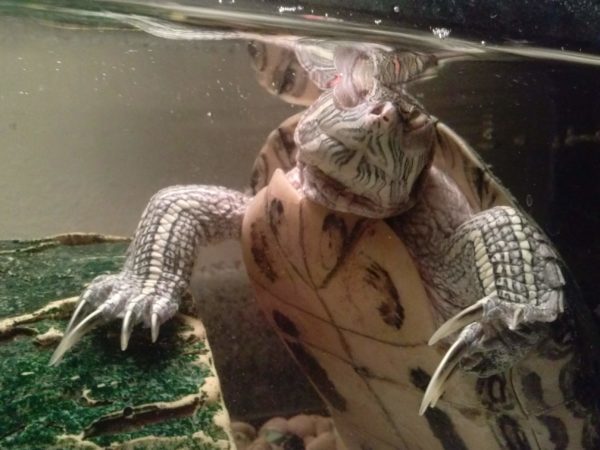 If the turtle sleeps too long or too little

In this case, you just need to observe the behavior of the animal. If the pet eats well, actively swims, communicates with other neighbors in the aquarium, i.e. behaves as usual, her health is safe. Usually such periods of instability end after a few weeks, after which the red-eared turtles spend the night in their usual rhythm.

If the reptile sleeps very little and behaves too actively, it should be taken to the veterinarian. He will be able to clarify the reason for this behavior and prescribe sedatives and other medicines. If turtles sleep a lot, literally several days in a row, but wake up, feed, swim and fall asleep again, this is quite normal. If the sleeping turtle is not active at all, this may indicate the beginning of the development of the disease.

The only exceptions are those cases when the animal has gone into hibernation. This usually happens during the autumn-winter season, provided that the owner specially prepares the pet. To do this, for several days in a row, they lower the temperature in the aquarium, significantly reduce portions, or do not feed the turtle at all, etc. 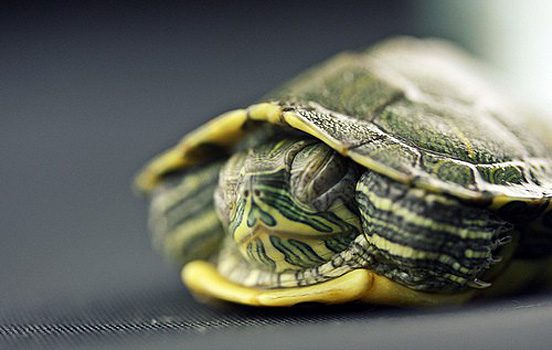 Is the turtle sleeping or dead?

Sometimes a pet looks like it’s dead when it sleeps because it:

To accurately answer this question, you need to bring a metal object to your eye. It can be a coin, a piece of jewelry and any other thing with non-sharp edges. If, after contact, the eyes abruptly go into orbit, then there is a reaction, and the turtle is alive. In the absence of a reaction, the onset of death can be ascertained.

The red-eared turtle sleeps, like many other animals, several hours a day. However, the duration of sleep and the time of its onset depend on the individual. Therefore, it is important for the owners to study the habits of their pet in order to notice the symptoms of a possible disease in time, and also to understand that the turtle just went into hibernation.

How, where and how much water red-eared turtles sleep 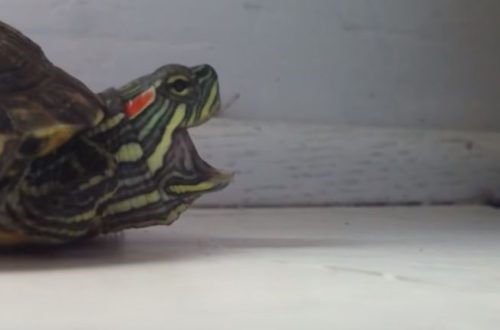 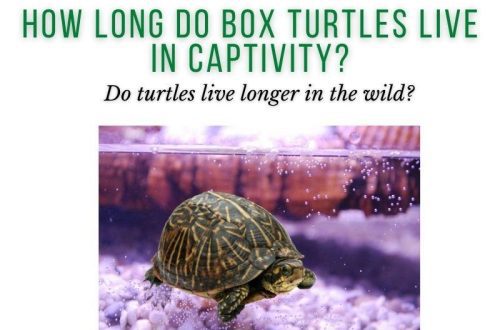 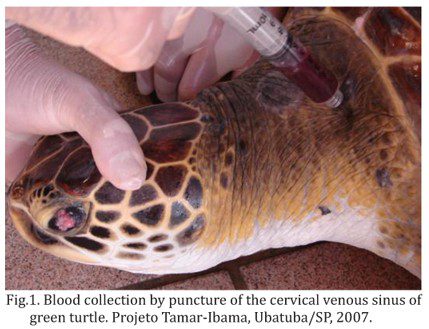