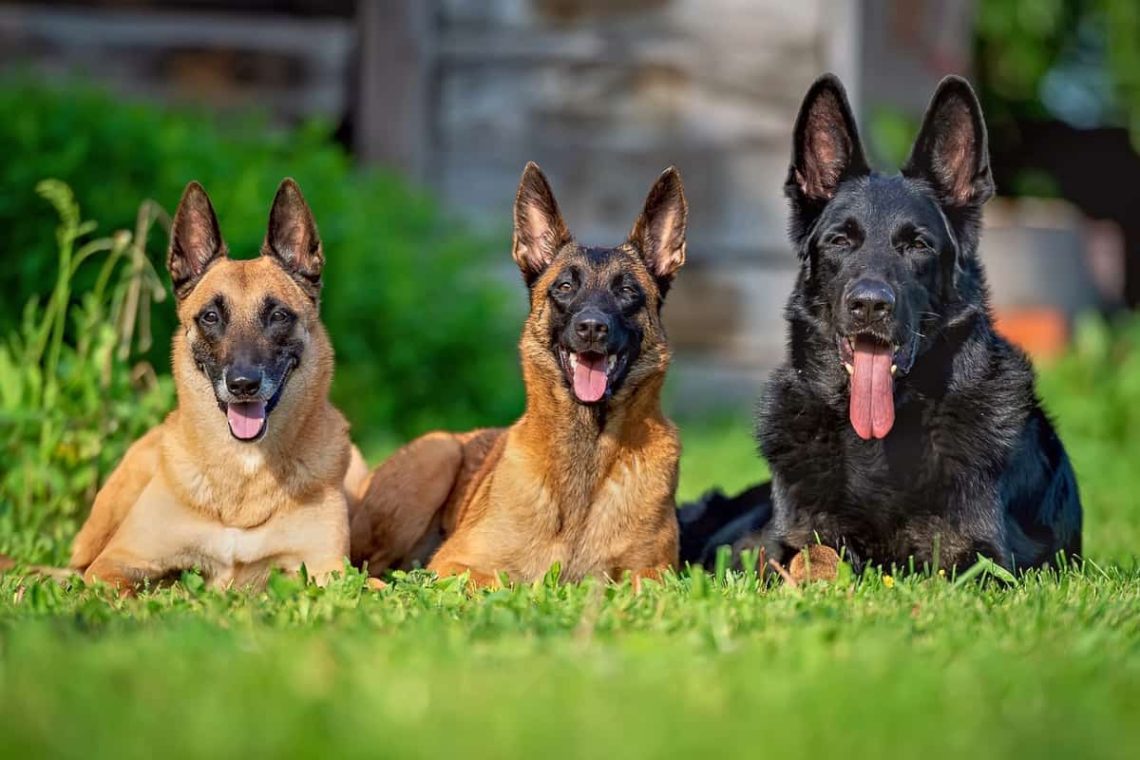 Shepherd is one of the most popular breeds of domestic dogs. She was bred as an assistant to a shepherd – a shepherd – many centuries ago, when cattle was only domesticated. The dog turned out smart, devoted, faithful and beautiful.

Today it is not necessary to protect every herd of sheep from predators, but shepherd dogs are not becoming less popular. They are bred as human companions, true friends who help to serve, brighten up loneliness or direct an excess of love to a living being.

To date, more than 50 breeds of shepherd dogs have been bred. All of them are very different both in character and in appearance. One has only to compare a big dog and a corgi!

This article will focus on the smallest shepherd dogs in the world, unique representatives of the breed. But small does not mean at all that they are stupid or easy to educate. The character of a shepherd is in the blood. 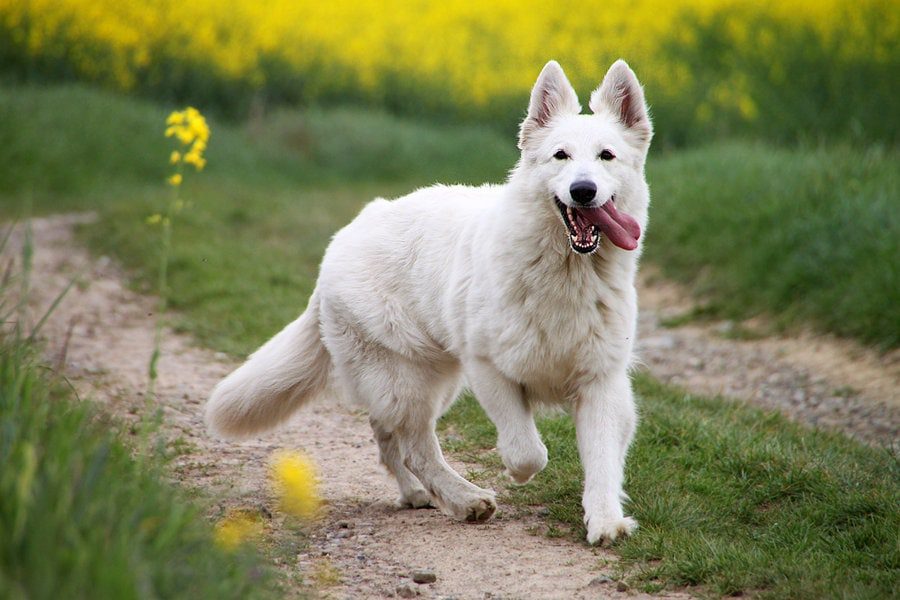 swiss shepherd resembles a faithful white wolf. This is an incredibly beautiful dog up to 50 cm high with long snow-white hair.

This breed originated in Switzerland. Its representatives resemble outwardly the German Shepherd, if they could be completely white. They are loyal, friendly and quite active, but less aggressive compared to their German relatives.

Such a dog is friendly towards humans and incredibly affectionate with children, makes friends with cats and other pets. Best of all, Swiss Shepherds feel in a country house, but they can adapt to tighter conditions. 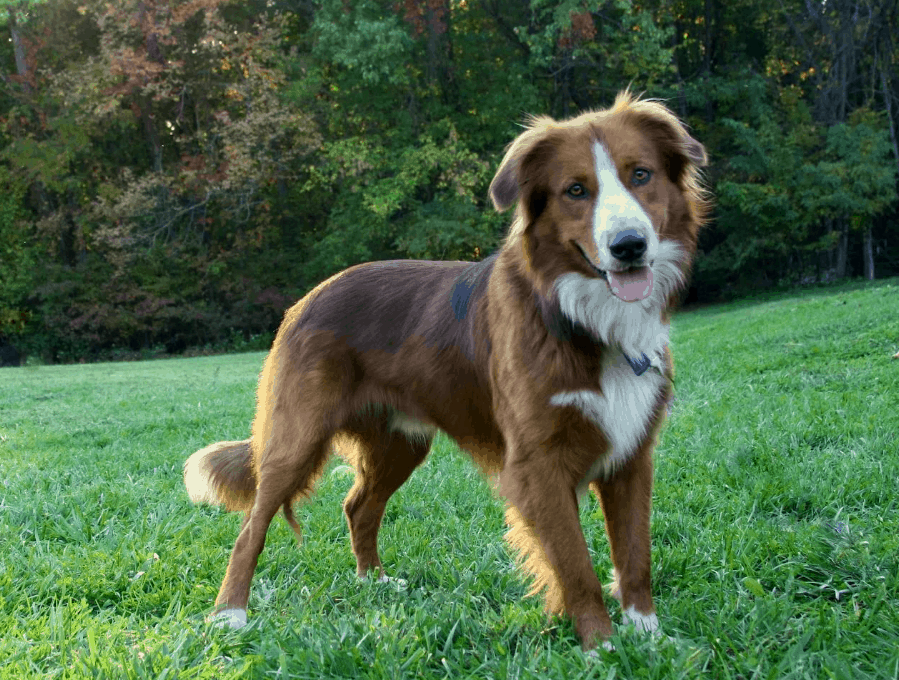 The history of the breed goes back to the time of the Roman Empire, from where it came with the conquerors to good old England. There she crossed with other dogs, the ancestors of the modern collie, and was used as a herding breed.

english shepherd – the dog is not high, up to 45-50 cm at the withers. She has a strong lean body, the most common color is white, black and tan, but the standard provides for other options, such as white and tan or white and red.

Like most herding breeds, she is quite independent, but prefers to work in a team with a person, receive commands and praise. 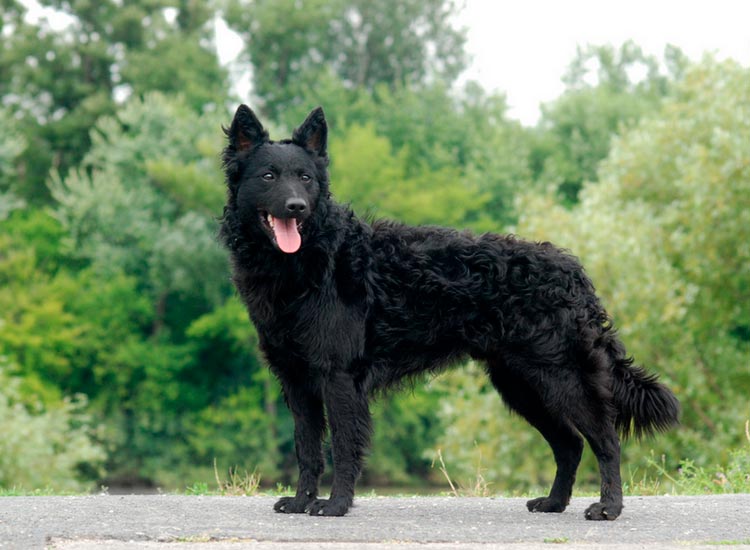 These dogs are widely distributed throughout Croatia, but they are rarely seen outside of it. Her appearance is rather unusual, especially in puppies, which are more like lambs than dogs. The fact is that this dog, with its typical muzzle and physique for a shepherd dog, has a brown curly coat.

Like any sheepdog, Kroat smart, quick-witted, dexterous and agile. Despite the small growth at the withers, it requires constant movement. And can not do without frequent communication with the owner. 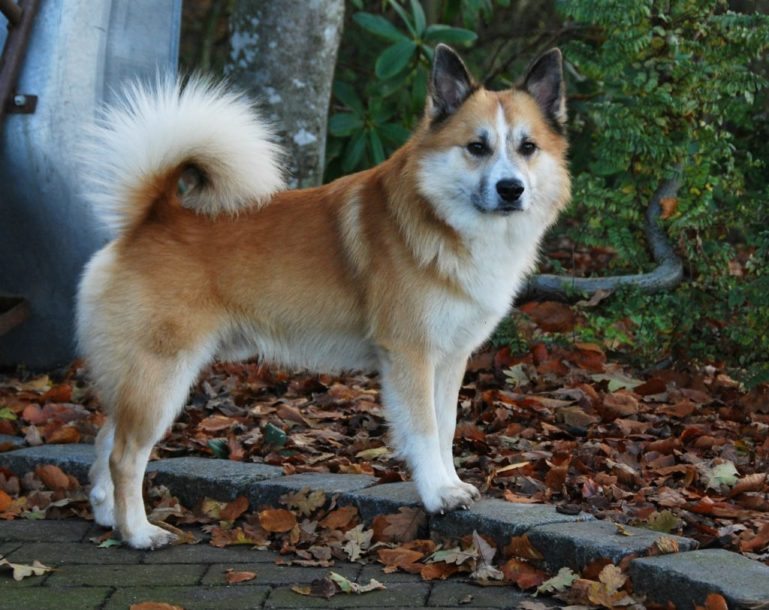 This strong miniature dog of white and red color immediately wins all the sympathy. She has thick hair, short legs and a curled fluffy tail – a uniquely touching combination.

Meanwhile, this is a very hardy, quick-witted and non-aggressive dog that has lived in Iceland for centuries. She arrived on the island with the first settlers, the Vikings, around the first century AD, and side by side with people survived in harsh conditions.

This is a herding breed with all its inherent character traits. She has a sonorous bark, which is very useful when grazing livestock, but will interfere with building relationships with neighbors. That’s why Icelandic Shepherd it is better to provide relative freedom and a lot of mobility. 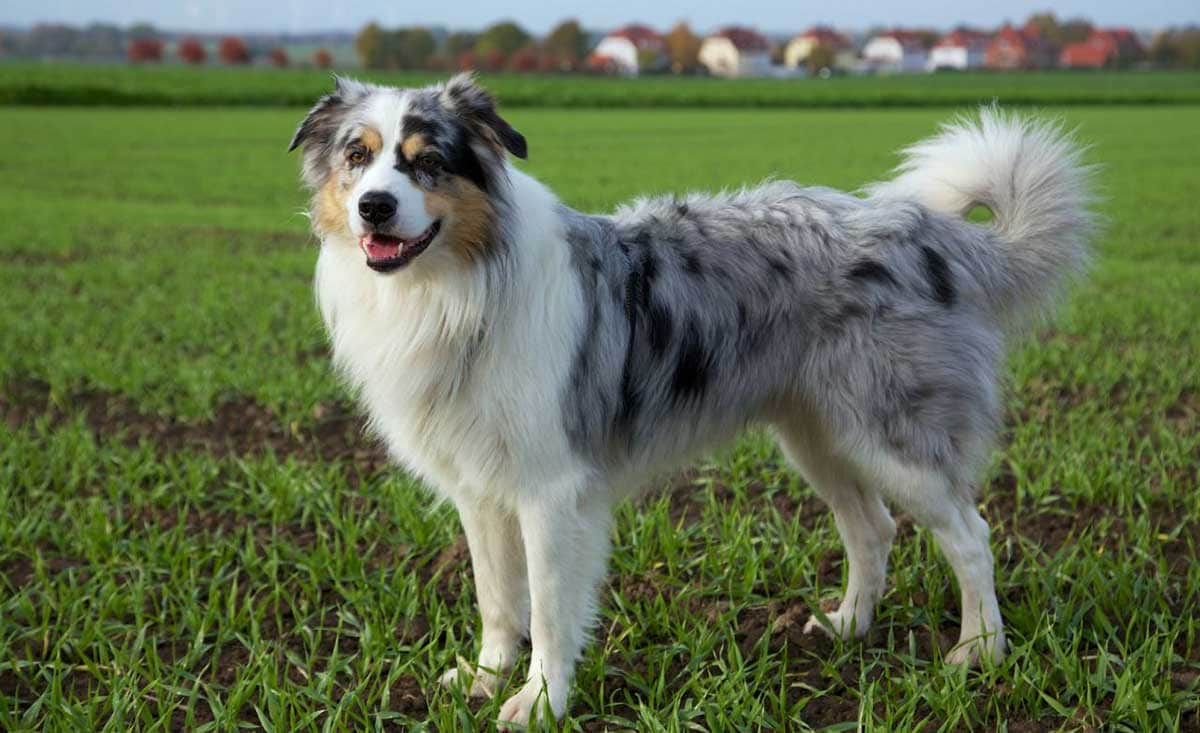 Aussi imsejħa b'mod differenti Ragħaj Awstraljan. She has an elongated muzzle, triangular hanging ears and short legs. Although the color can be different, most often Aussies are found in white, black and tan colors, and part of the white coat is covered with black spots, which, together with blue eyes, gives a very unusual combination.

Despite the name, which, as it were, hints at the place of origin, the United States is considered the birthplace of the Aussie. The dog is known for its kind disposition and propensity to learn, so it is often used to serve a person. However, do not be mistaken, her cheerful disposition does not prevent her from giving a worthy rebuff to the offender.

5. Miniature American Shepherd, up to 45 cm 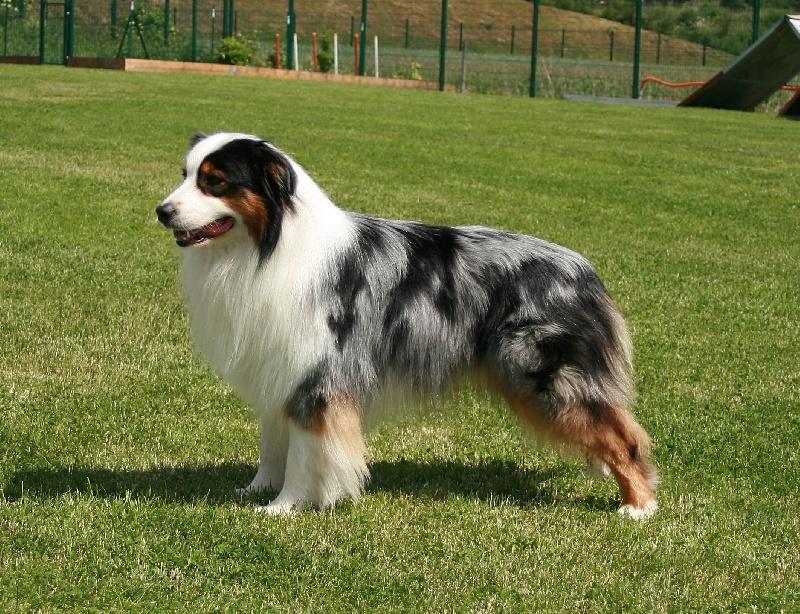 Ragħaj Amerikan minjatura looks like an Aussie. This is not surprising, because it was bred in the 60s by crossing Australians with an unknown small dog. This was done not so much on a whim, but rather in order to reduce the size of the Aussie, but to preserve their intelligence, service qualities and character traits.

Officially, the new breed was recognized in 2010. The American Shepherd turned out the way it was conceived: miniature, but strong, hardy, with a good nervous system. The coat can be white and black, white and red, with and without tan marks, with and without white marks – in general, the color of the dog is the most diverse. 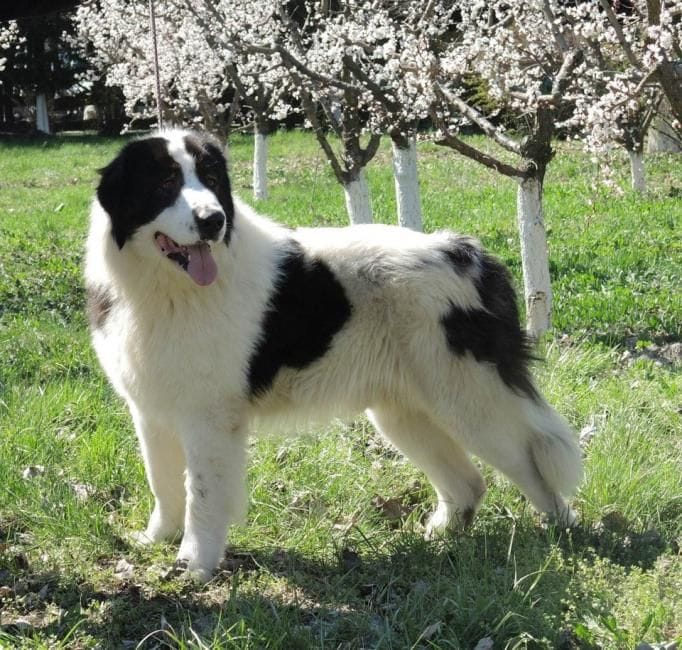 This sheepdog was bred in the mountainous regions of Greece to help shepherds look after their livestock. This is primarily a service dog, hardy and unpretentious. During training, consistency and rigor are required; the shepherd dog reacts poorly to cruelty. But if a person is lucky to become a real master for her, then she will be faithful to him all her life.

Ragħaj Grieg belongs to medium breeds, it has a strong, muscular body, white, gray and black hair. The main goal was to obtain service qualities, so the color is not so important and the most diverse is found. 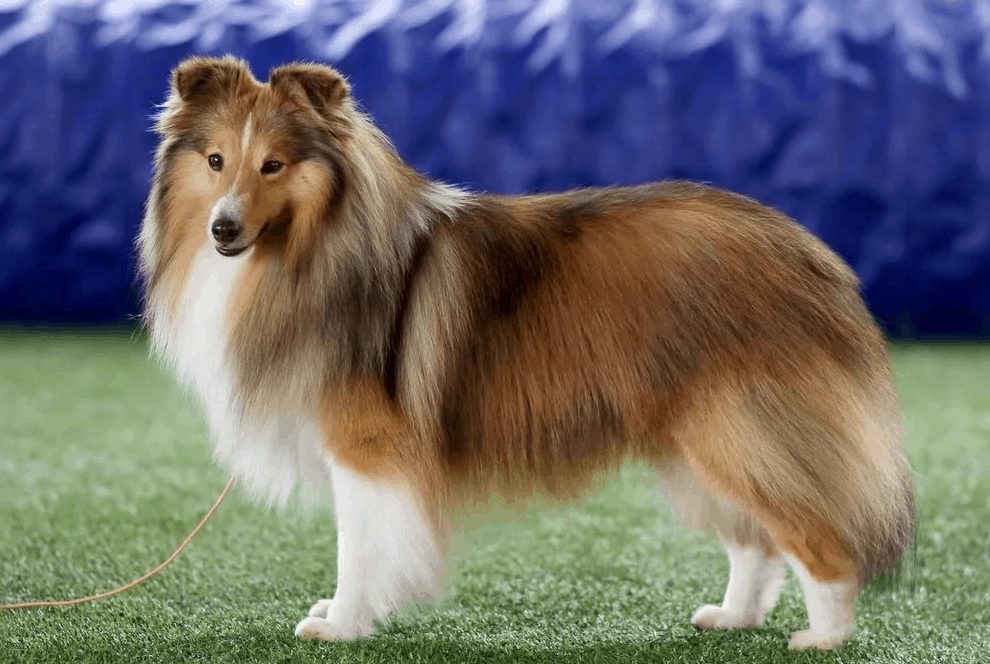 sheltie easy to confuse with collies – the two breeds are quite similar. But sheltie shetland sheepdog, much smaller in size: height at the withers reaches 35 cm, weight 6-7 kg.

The homeland of the Sheltie is Scotland, more precisely, the Shetland Islands, where shepherd dogs came with the first shepherd settlers. There, the dogs crossed freely with Spitz, inheriting their color and light coat.

Shelties are cheerful, good-natured and curious creatures, ready to get acquainted with any fauna that comes along the way. They love to bark loudly and fervently, so silence lovers should think twice before making such a friend. The Sheltie is a very mobile breed and requires active and long walking. 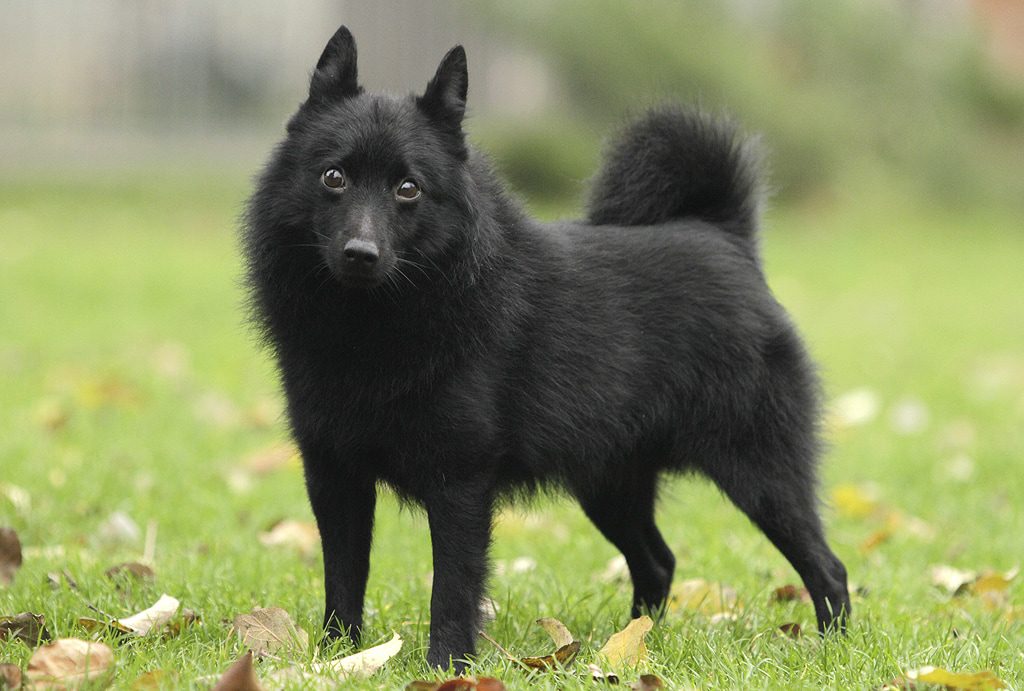 Miniature jet black dogs invariably cause a lot of emotion, but they are quite independent and proud dogs. They were bred in Belgium in the 19th century to hunt rats and mice.

schipperke do not exceed 30 cm, weight ranges from 3-9 kg. The coat is black, shiny, the triangular ears are upright, and the chest is decorated with a magnificent “collar”. Dogs cannot live normally without active communication, sports and frequent walks, so with homebodies and introverts they will only torment each other. 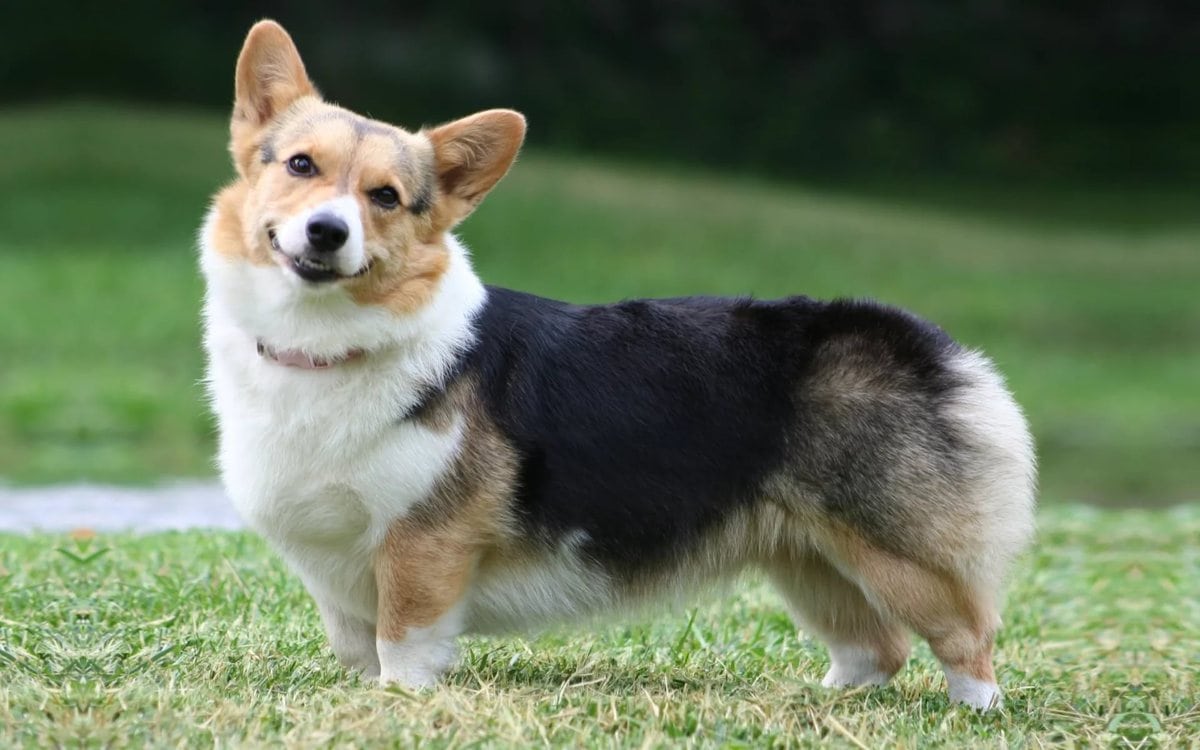 In recent years, this royal breed has been at the peak of popularity. Books are written about Corgi, films are made, her appearance is actively replicated in pop culture, causing bouts of tenderness. Everything becomes clear if you see what a corgi looks like. This is the smallest shepherd dog with short legs and a cute muzzle.

Sadanittant Welsh corgi – born shepherds with a proud disposition. In order for the pet to grow up happy, and the owner not to get a lot of problems, you will have to take upbringing seriously, because the corgi is not a sofa dog.

Their homeland is Wales. This breed is considered royal, and nurseries strictly monitor the number of individuals and their lives. It is almost impossible to find a half-breed Corgi: if the owner does not plan to breed the breed, he is obliged to sterilize the pet.

Those wishing to purchase a dog will have to pay the full price for it. True, the investment is fully paid off by a cute appearance, a loyal and kind character and good health, for which the breeders are responsible. 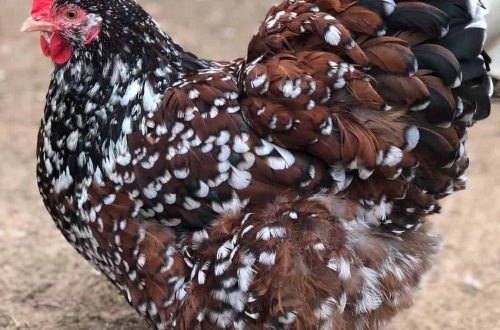 What is the Kuchinsky jubilee breed of chickens: features of their maintenance and feeding 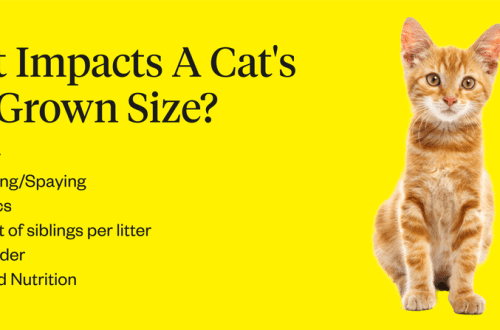 Factors affecting the size of cats and how old they grow 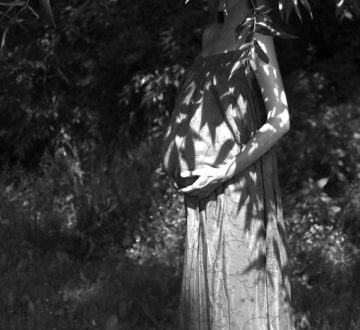