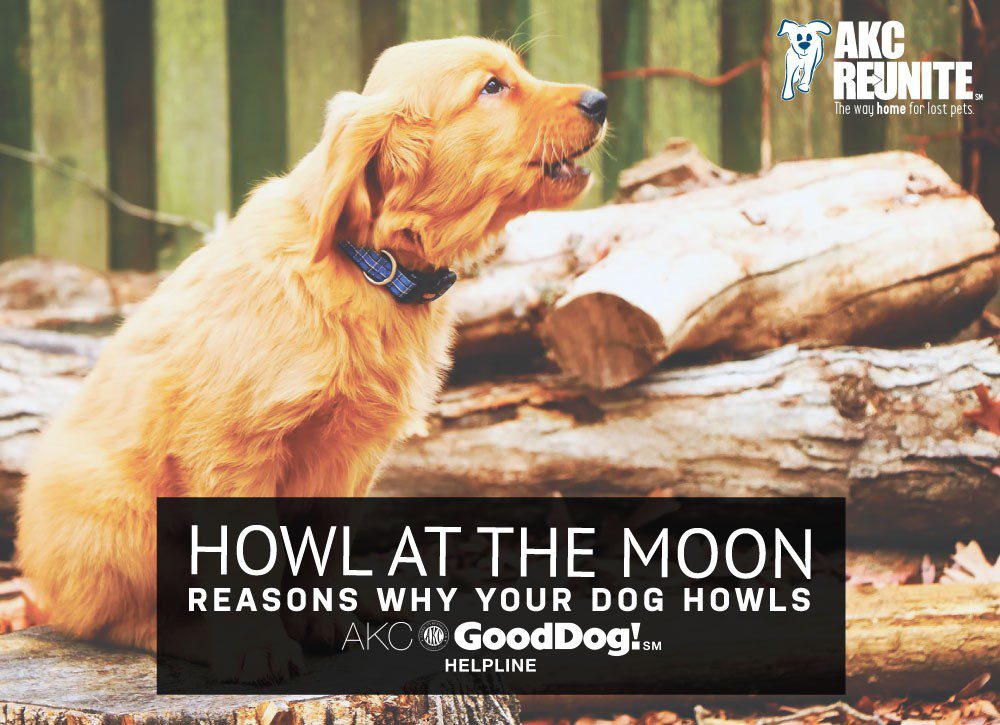 If your pet suddenly howled for no reason, you should not wait for inevitable grief and run to the computer to look on the Internet what kind of trouble should happen. Even in the most chilling howl of a dog, one should not look for an “otherworldly” meaning. In the vast majority of cases, your pet’s “singing” is due to understandable reasons that have nothing to do with mysticism. But what are these reasons? Here is a short list of the main ones.

Separately, it should be noted that dogs can howl, anticipating trouble. At the same time, there is no mysticism here. Our smaller brothers naturally have heightened perception and intuition (for example, the same sense of smell), which allows them to notice danger before the owners pay attention to the threat. With its howl, the dog seeks to warn loved ones; for it, this is a kind of SOS signal.

Note: if your pet has a calm temperament and has a strong nervous system, then if it will howl, it is extremely rare.

Many superstitions are associated with the howl of a dog, in the veracity of which even people who are far from mysticism believe. All of them, as a rule, have a negative connotation. Cultivated for centuries, they work on a subconscious level, overshadowing the voice of reason. So, how does popular rumor explain the reasons for the mournful howl of a dog?

If your pet sits still and howls with its head thrown back, then this is considered a harbinger of a fire. It happens that the dog performs his “serenade” with his head lowered to the ground: in this case, fatal misfortunes await. People are especially alarmed if he also digs the ground: it means that someone’s death is very close.

Often attention is also paid to which side, left or right, the dog’s head is facing when it howls. This serves as a signal that trouble should be expected from this direction. Superstitious people are alarmed when, at the same time as singing, the dog shakes his head. This, according to popular belief, indicates that trouble will not come alone, that a series of tragic events awaits the owner or his family.

Oddly enough, many of these superstitions lend themselves to a completely logical explanation. So, given that dogs have a very delicate sense of smell, it cannot be compared with a human one, they can feel the smoke from a fire tens of kilometers from the place of ignition. When sniffing, the animal raises its muzzle high, and since fire is perceived by animals (even wild, even domestic) as a signal of danger on an instinctive level, the dog begins to howl.

Beliefs that a dog can foresee the death of one of the household members are also not unfounded, but only if it is a natural, that is, non-violent death. Here, too, there is no mysticism, and the explanation lies in the same developed natural sense of smell. Usually, shortly before death, a person’s metabolism slows down and the smell of his body changes. Such changes frighten the four-legged friend, and he directs his muzzle down so that the smell of earth interrupts coming from a dying person. At the same time, the dog begins to howl, softly and plaintively, turning to whining and shaking his head. Often the dog even avoids the sick and fading owner, trying, with his tail between his legs, to hide from him far away.

Is it possible to wean a dog howl and how to do it?

Regardless of the reason why your pet starts to howl, such a “hobby” of his does not delight anyone, so the desire to stop the mournful “chants” is understandable. But how to do that? This is where many owners find themselves at an impasse, throwing up their hands and not knowing what to do. Most importantly, do not yell at the dog, do not threaten it, and even more so do not use physical punishment. If the problem is solved, then only for a very short period of time, then to return again. The most effective way to combat this phenomenon can only be the elimination of the causes that caused it – there is simply no other way.

It is not uncommon for dogs to howl at certain sounds, such as music from speakers, alarm sirens, or the howls of other dogs. In such cases, there is no need to worry. As soon as the external source that provoked the howl ceases to sound, the dog will also calm down.

It is quite another matter when the dog starts to howl in the absence of the owners. If households are busy people, working from dawn to dusk, then it would be useful to think about entertainment for your pet. You can, for example, leave the radio on so that the dog thinks that he is not alone at home. Or supply him with some kind of squeakers, rubber toys. After returning from work, be sure to surround your pet with attention, caress it, play with it.

If the dog howls, you can come up with a training-style punishment for it. You must make it clear to the dog that if he continues to howl, then you will leave and will not appear for a long time. How to do it? Very simple. As soon as the dog starts to “sing”, immediately go out the door and do not return until it stops. So you need to continue until she establishes in her mind the connection between her howl and your absence. So that you no longer leave her, the dog will stop howling.

Sometimes howling becomes a way to attract attention. If there are no good reasons for this, try to ignore such behavior of the dog. She should not be trained to get what she wants by such methods. In such cases, the same training can help. The dog, which began to howl, must be clearly commanded: “Speak!”, Accompanying the command with praise. Then the command should sound: “Quiet!” – it is given in a similar tone. Initially, do not count on complete obedience, but as soon as you achieve obedience, you need to say to the dog: “Good!”, Consolidating success with her favorite treat. During training, try to increase the time by saying the last phrase later and later.

Some dog owners have neither the time nor the inclination to personally wean their pet from the habit of howling. To solve the problem, they use a special collar that reacts to howling or barking with an electric shock. The discharge, although weak, is noticeable. Other collars are also produced: remotely controlled, from the very first notes of the dog’s “aria” they splash a jet of water onto the dog’s muzzle. Electric shock and water discourage him, and for a while he forgets about his intentions. After a pause, he again tightens the “old song”, and again receives an electric shock or is cooled by water. These methods are harsh but effective. Their only drawback is the undermined psycho-emotional state of your pet.

The process of re-education of the animal must be controlled by the owner. The latter should be nearby, and when the dog stops howling for more than half an hour, he should come up to her, praise, give a new toy and leave again. This technique continues until a stable result is achieved, which sometimes takes more than one day.

Important: if the cause of the dog’s howling is any disease (for example, hip dysplasia or a tumor), do not waste time on re-education, which in this case is not necessary, but visit a veterinary clinic with a four-legged friend. As soon as the health problem is solved, the dog will stop howling.

It is especially unpleasant when the dog begins to howl at night, disturbing the sleep of not only households, but also neighbors in the house or street. Re-education methods can wean her from nightly “concerts”, but, as practice shows, only partially, therefore, with a dog howling after sunset, you need to contact a professional cynologist. This specialist is familiar with the psychology of a dog, and using special techniques, it will not be difficult for him to identify the cause of the howl and eliminate it. But there are practically no ways to deal with stray dogs that howl in the yards of apartment buildings. Moreover, both dogs living in this yard and strangers can vote, and try to guess “who is who.”

Among dog owners there are people who do not see a particular problem for themselves in the fact that a pet has suddenly become interested in “vocals”, especially in the dark. However, this situation can create inconvenience to neighbors. If the negligent owner does not respond to their comments and does not take action in relation to his dog, you can contact the local police officer or file a collective complaint with the house management. According to the current legislation, any noise after 22:XNUMX (except for the howling of a dog, it can be loud music or the sound of a drill during repair work) involves administrative responsibility with the imposition of penalties. The result of this step will most likely be a strained relationship with the owner of the dog, but what if he himself cannot calm down his pet?

Another way to solve the problem – perhaps the most humane and beneficial for both parties – is soundproofing. Suggest to a neighbor in whose apartment a “singing” dog lives, sheathe the walls with soundproofing material. If his home has already been renovated and he doesn’t want to change anything, offer to finance the installation of soundproofing in your apartment. Adequate dog owners, as a rule, are aware of the responsibility and are willing to meet you halfway.

A dog never howls for no reason, and in order to establish one, you need to be patient and find a way out of this situation. Sometimes it’s enough just to change your attitude towards a four-legged friend and start walking with him more often so that he stops bothering in this way. How to walk with a dog? 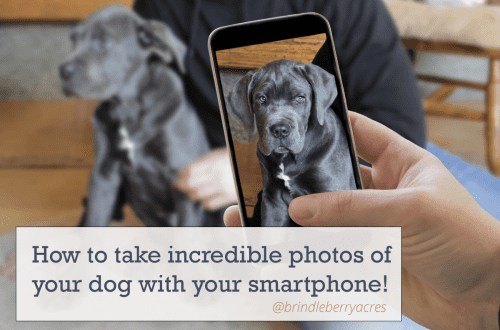 How to take beautiful photos of your dog? 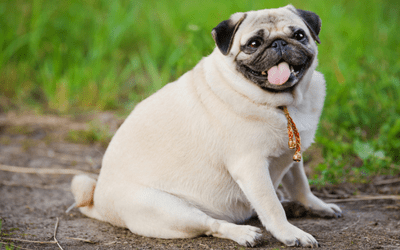