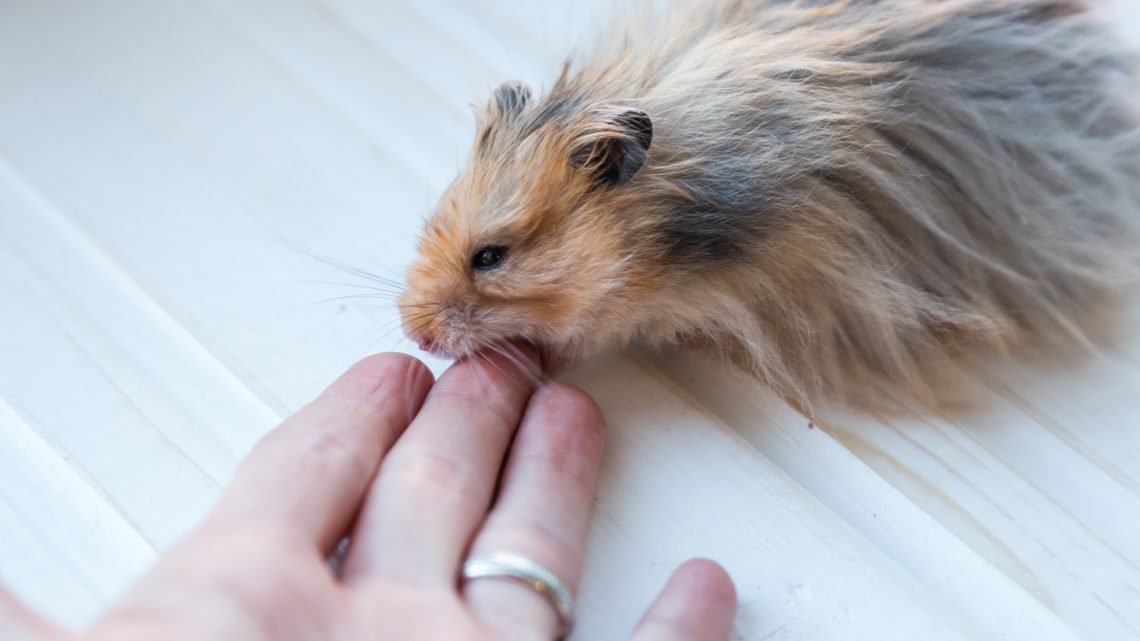 Domestic hamsters, like all other rodents, may well bite a person who picks them up or puts a finger in a cage. And, asking before buying a pet whether Djungarian and Syrian hamsters bite, you should know that such a threat exists. A rodent of any breed can bite you – a fluffy and tame Angora, a more independent Dzungarian or almost wild Campbell’s hamster. And now let’s try to figure out how to wean a hamster to bite, and for this we first consider the reasons for aggressive behavior.

It is not easy to answer for sure why a hamster bites. Moreover, there can be many reasons for the aggressiveness of an animal. It can respond to human threat, to the smell of food on the hands, and to mishandling. Sometimes a rodent simply shows its affection in this way or even grinds off its incisors.

The main reasons why hamsters bite are: 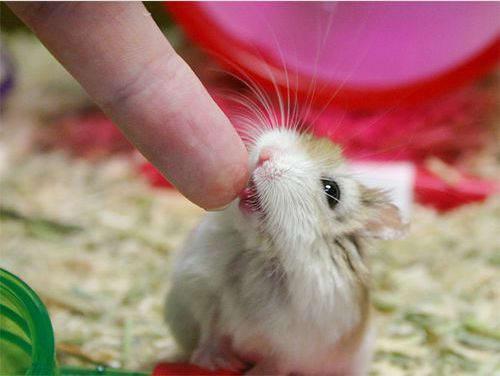 Soft noise near the cage, loud screams and rude attitude of children frighten and upset the hamster – especially if he has not yet fully mastered the new environment. Therefore, when bringing a pet home, you should not take it out of the cage for at least 2-3 days to get used to people and the human voice. Another reason why the hamster began to bite is the protective instinct. By sticking a hand into a cage, a person invades the animal’s territory and poses a threat.

Female hamsters bite quite painfully during pregnancy. At this time, they are most susceptible to changes, and even an attempt to replace water or food can result in a bite. If your hamster has become aggressive due to pregnancy, clean and change food as little as possible. And from games with him it is desirable to temporarily refuse.

The smell of food

A hamster can bite a person whose hands smell like food – especially unfamiliar to the pet. In this case, the owner himself may not smell. However, the animal still bites painfully on the finger, from which an unusual aroma emanates. Therefore, you should not pick up a hamster immediately after eating without washing your hands.

Do not ask if hamsters bite if a person makes too sudden movements when trying to pick up an animal. Sharp gestures and, especially, screams, make the hamster nervous and defensive.

You should not take a small rodent with your hands raised from above – otherwise, the owners will immediately find out if their pets bite painfully. This gesture causes the hamster to instinctively fear and desire to bite – due to the fact that in the wild they have enemies attacking from above.

It is also undesirable to touch the animals by the head. The best way to wean a hamster to be afraid is to bring his hand to the side and let him sniff his palm, which reduces the likelihood of a defensive reaction.

Showing affection from an animal

The Dzungarian breed is one of the answers to the question of which hamsters do not bite – but even these cute animals can change their usual behavior, wanting to play with the owner. Light biting of the hand, almost pinching, is not a symbol of aggression, but, on the contrary, a sign of a good mood. However, if during the game the tingling became more aggressive and the movements nervous, this indicates that the hamster is tired and needs to pause and rest.

Even a relatively calm and small jungarik sometimes bites painfully for one simple reason – he needs to grind his tooth. For grinding, all objects within sight are used – from the bars of the cage to the hands of the owner. In order to wean a hamster from biting people, they put branches and bark of fruit trees in a cage, after dousing them with boiling water for disinfection.

Features of the treatment of Campbell’s hamsters

Sometimes owners may think that the hamster has run wild – but in fact the animal just belongs to a species that is practically not tamed by humans. You can verify this by carefully looking at the appearance of your pet. If a wide stripe is visible on the back, passing to the forehead, the fur seems a little ragged, and the shape of the body when viewed from above resembles an egg, it is possible that this is Campbell’s hamster.

These rodents are considered the most problematic to keep at home – and the question of whether they bite or not, the answer is in most cases yes. And some Campbell’s hamsters are not amenable to either training or simple domestication. And they constantly bite even their owners, not to mention strangers.

Why are animal bites dangerous?

Many owners of domestic rodents do not know what to do if the hamster bites and what should be the reaction on their part. First of all, you should not shout at the animal and wave your arms – it will be offended and will remember the human aggression for a long time. In the future, this will lead to an even greater risk of being bitten. Instead of responding with aggression to the strange behavior of a pet, it is better to think about its causes and their elimination.

The answer to the question of whether hamster bites are dangerous can be ambiguous. On the one hand, rodents that have not been in contact with other animals do not tolerate rabies. However, the danger lies in other diseases – common to hamsters and humans – tuberculosis, listerosis and toxoplasmosis (especially dangerous for pregnant women).

In cases where pets with obvious signs of any disease bite people, and redness, itching and tingling occur at the site of the bite, you should immediately consult a doctor. Otherwise, the accusations can be quite serious. Although cases of infection by a hamster of its owner are very rare. As a rule, it is enough to treat the affected area.

There is an opportunity to accustom a hamster to the hands – but only for those owners who are ready to show patience and care. By avoiding factors that cause stress in a pet at a young age, you can gradually wean the animal from fear, raising it to be calm and non-aggressive. Try to adhere to the following rules: 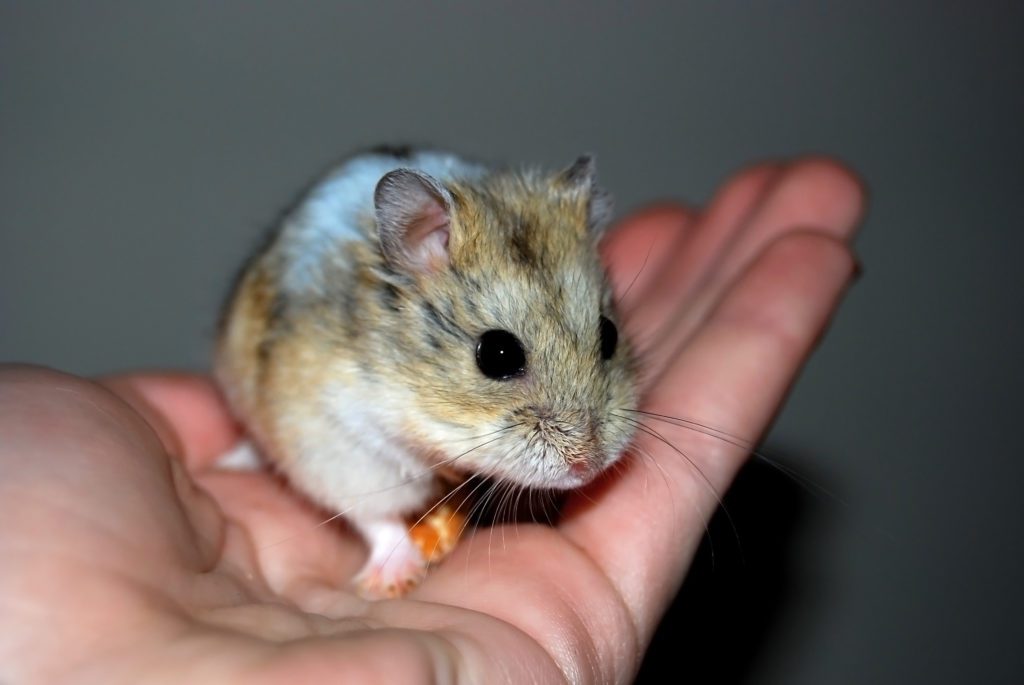 The process of domestication begins with feeding. In a cage with a hamster, they put his favorite treat and, without removing his hand, wait until the animal comes up to sniff the food. You should not make sudden movements, because of which even the jungars bite – not much, but still unpleasant. After that, food is placed on the palm of your hand – if the pet climbs onto it, it means that it is already possible to wean him from biting, and you can move on to closer contacts. For example, to attempts to start a game with him.

In dealing with a small animal, delicacy should be exercised. And to convince the children who come into contact with him of the need for the same behavior. By following these rules, you can ensure that the hamster will not be aggressive and avoid unnecessary stress – just like his owner, whose patience will eventually be rewarded.

Video: how to wean a hamster to bite

Why Hamsters Bite and How to Avoid It 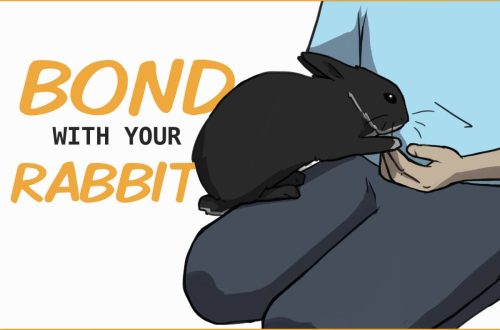 How to make friends with rabbits? 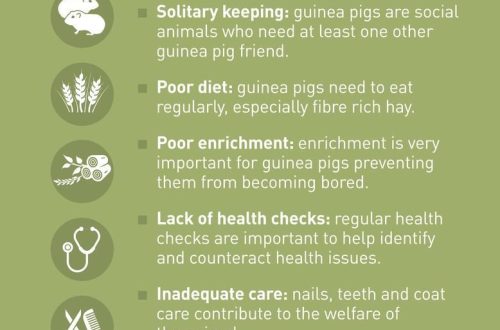 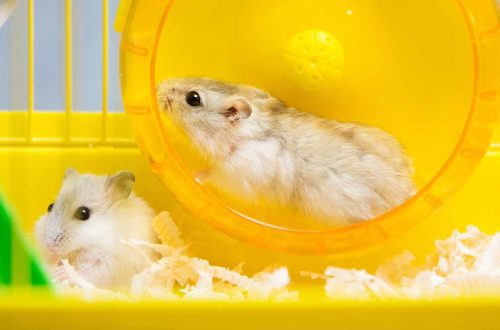