Turtles are oviparous. In nature, the “courtship season” falls on the spring, and in captivity they are able to breed year-round, but rarely bring offspring. If the conditions are suitable, then there are no obstacles to mating and laying eggs. Under natural conditions, the female does not care about the future generation: only individual turtles survive. In captivity, this process can be tracked and a full-fledged turtle family can be grown.

The mating process and pregnancy

In nature, turtles become sexually mature by 8-10 years. But this period depends on the species and in captivity it is reduced by 2-3 years: the female can bring offspring earlier. 1 male and 2-3 females are placed in the terrarium. They create suitable conditions by maintaining temperature and humidity, and wait for the mating process. Artificial insemination of turtles is carried out, but it is ineffective and expensive. Usually artificial insemination is practiced for rare specimens.

To understand that the turtle is pregnant, you can use palpation between the legs and the shell. In this place, you can feel the presence of eggs. If in doubt, the “future mother” is x-rayed.

Pregnancy lasts about 2 months, the same period of time is spent on growing eggs in an incubator. If the female cannot find a convenient place for childbirth, then the pregnancy may be delayed.

A pregnant turtle needs to be separated from the male, because after mating he behaves aggressively and is able to injure his girlfriend. You can also find out that a turtle is pregnant by its behavior:

Note: If the animals are in no hurry to mate, then you need to create competition by planting a couple of males in one terrarium. They start fighting for the heart of the “beautiful lady”, and the turtle becomes pregnant not from the strongest, but from any of the gentlemen they like.

How to arrange a laying place?

2 weeks before the onset of childbirth, the turtle begins to select a suitable place that is suitable for the maturation of future cubs. Turtles lay their eggs when they are sure they are safe. Subsequently, she needs to bury them, and for this she needs deep and loose soil.

Land tortoises have no problem: they dig a hole in the shape of a circle and begin the process of laying eggs. For aquatic inhabitants, it is desirable to put a container with bulk soil (sand with vermiculite), which is 2 times the size of an individual, to provide convenient access to water.

Video: what to do after the red-eared turtle has laid eggs

In nature, the turtle embryo is laid in the summer and before the formation of the shell, fertilization must occur. “Expectant mother” prepares the masonry site from 30 minutes to 3 hours, depending on the density of the soil. It constantly turns, which makes the hole round. Douses the prepared “nest” with a special liquid from cloacal blisters.

The birth of a turtle begins with the fact that it hangs its hind limbs over a prepared depression in the sand, and after several minutes of immobility, the reptile lays eggs. When the first testicle appears from the cloaca, the animal compresses and bends its hind legs so that it freely sinks to the bottom. Then the turtle turns around a bit and the next egg appears. The interval between the appearance of future offspring is from several minutes to half an hour. Turtle eggs are evenly distributed along the edge of the hole.

Turtles give birth for several hours. After giving birth, the reptile lies for some time, after which it buries the masonry with the help of its hind legs. Then it lies on top of the masonry, ramming it with a plastron. The plot with future offspring marks with urine and leaves. It is not customary to care for eggs and wait for an addition to the family of turtles.

There are pictures on the Internet showing how male turtles lay eggs. But this is an imitation: males in the body do not have adaptations where an egg could mature. Fertilization occurs in the cloaca of the female, and not vice versa.

This is interesting: Sea turtles lay their eggs in the places where they come from. Sometimes instinct drives them for a hundred kilometers and makes them come back every year. If the female has a sense of danger, then she waits in the water, and then goes to the same shore. Such predictable behavior plays into the hands of poachers who collect a rare product for sale.

Size and number of eggs

How many eggs can a reptile bear? At home, she lays from 2 to 6 testicles, in nature their number may be more. The number of eggs that a turtle can lay depends on its species and favorable environmental conditions. There is an example when one turtle managed to lay 200 eggs, but this is the exception, not the rule.

The larger the turtles, the larger the specimens in the clutch. Of course, they do not reach gigantic sizes: their weight is from 5 to 60 g. Many species of sea turtles reach sexual maturity only after 30 years. With an interval of 2-5 years, they bury 60-130 eggs in the sand. Examples of masonry of some types:

The number of clutches per year depends on the density of the population. With a small number of females become pregnant several times during the season. If there are many individuals, then the turtle can take a break between clutches of several years. There is a pattern: land species lay up to 10 eggs, but several times a year. The inhabitants of the marine fauna acquire large offspring – from 30 to 100, but childbirth occurs less frequently. But this is general information: it all depends on the specific species.

The turtle egg is spherical, comparable to ping-pong balls. Sometimes there are slightly elongated, oblong specimens. The hard shell is painted white, may have cream shades. The eggs of some turtles look unusual: they are surrounded by a soft leathery shell. If the turtle laid an egg without a shell, then the complementary foods did not contain mineral components or the inhabitant of the terrarium did not like them.

Note: The turtle is able to lay eggs without a male, living all alone. But they are not fertilized, empty and attempts to raise turtles will fail.

After the “mother-to-be” has left her clutch, the eggs are carefully removed and transferred to the incubator. If an aquatic turtle lays its clutch directly into the pool, then it must be quickly removed. After a couple of hours, the embryo will suffocate without oxygen.

For 5-6 hours, the eggs cannot be turned upside down and it is better to place them in the incubator in the same position. To do this, a mark is made on the surface of the shell with a soft pencil indicating the position and date.

If the turtle laid an egg without a male, then there is no embryo inside, the contents of the masonry are simply thrown away. When fertilization has occurred normally and inside the “little house” there is a turtle embryo, then in 2-3 months a new generation will be born. For several days, if necessary, they can lie in a box at room conditions without harm to health.

Note: Turtles have no maternal instinct at all. The female is able to eat her egg or injure a small cub, so the eggs are removed in advance, and newborn turtles are kept separately from adults.

The testicles are placed in special trays or shifted with peat and sawdust, without changing their position. The incubator can be made independently. This is a setup that consists of:

Turtle eggs are incubated at a temperature of +29,5-+31,5C for 60-100 days. During this time, it is undesirable to touch them with your hands or turn them over. At low temperatures, the embryo will develop slowly and is not able to be born; at high temperatures, various deformities occur. The gender of the future turtle depends on the temperature regime.

During incubation, the development of the embryo is carefully monitored for:

Important: A turtle egg cannot be twisted in a vertical position, because it contains an embryo and a yolk inside that does not rest on the cord. When overturned, the yolk can crush or injure the embryo.

What determines the sex of a turtle?

During the incubation period, a certain temperature range is maintained. If it is at the level of + 27С, then males will hatch, at + 31С – only females. This means that the sex of the turtle depends on the temperature. If it is warmer on one side of the incubator, and a few degrees cooler on the other, then the offspring will be of different sexes.

Despite a significant number of eggs laid, only a few survive in nature. This method of reproduction is far from ideal for representatives of the fauna: 1 out of 100 born turtles grows to an adult. Despite their long lifespan, the turtle population continues to decline. And the most important “predator” that destroys unique animals and their future offspring is man.

Pregnancy and egg laying in turtles 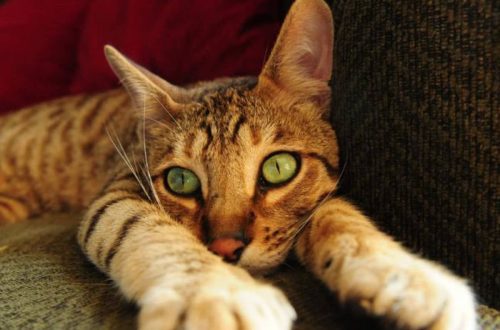 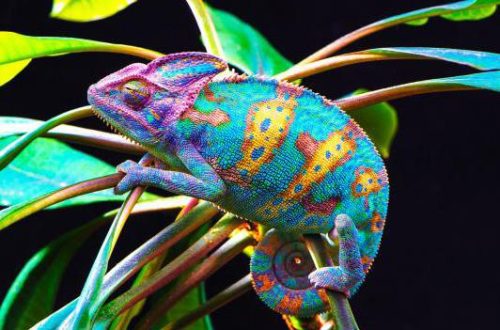