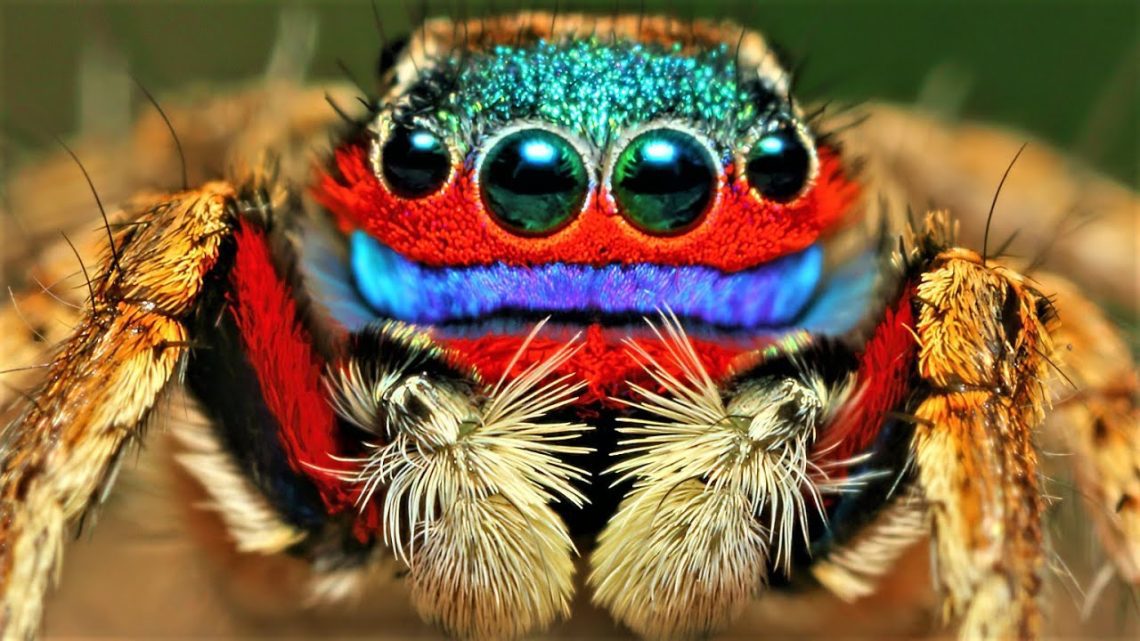 Spider lovers would love this collection! Just look how beautiful they are, interesting, as they say, with a twist … If you look at a spider under a microscope, it looks, to put it mildly, frightening, but are they really that dangerous? Appearance can be formidable, but in reality – just a darling!

There are many superstitions associated with spiders, but if you see them in your house in a certain place, it does not mean that this is some kind of sign. Most likely, there is simply a lot of food in your house: cockroaches, mosquitoes, various bugs are a real delicacy for them. They also like darkness and high humidity.

If you admire spiders, want to know more about them – do not pass by our selection. Here we have collected the most beautiful spiders! 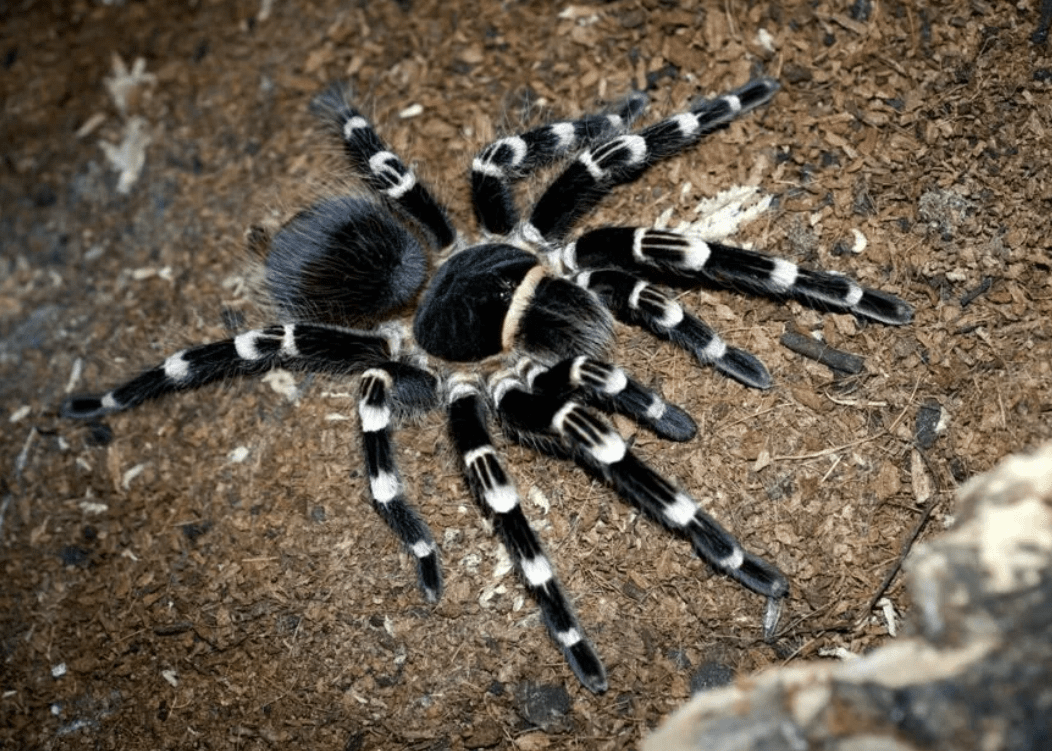 The appearance of this spider, of course, is intimidating, but just look at his funny fluff! Brazilian white-knee tarantula quite popular, it can often be seen in the photo, entering “the most beautiful spiders” into the search box.

It boasts a large size, rapid growth, and activity. This species can reach up to 10 cm in the body and 20 cm in the span of the legs. Females can live up to 15 years, so you can safely take such a spider as a pet.

In nature, the Brazilian tarantula eats everything that comes across: snakes, lizards, mice and others. In captivity, it prefers to feast on Madagascar cockroaches or marble cockroaches. This spider looks very graceful! 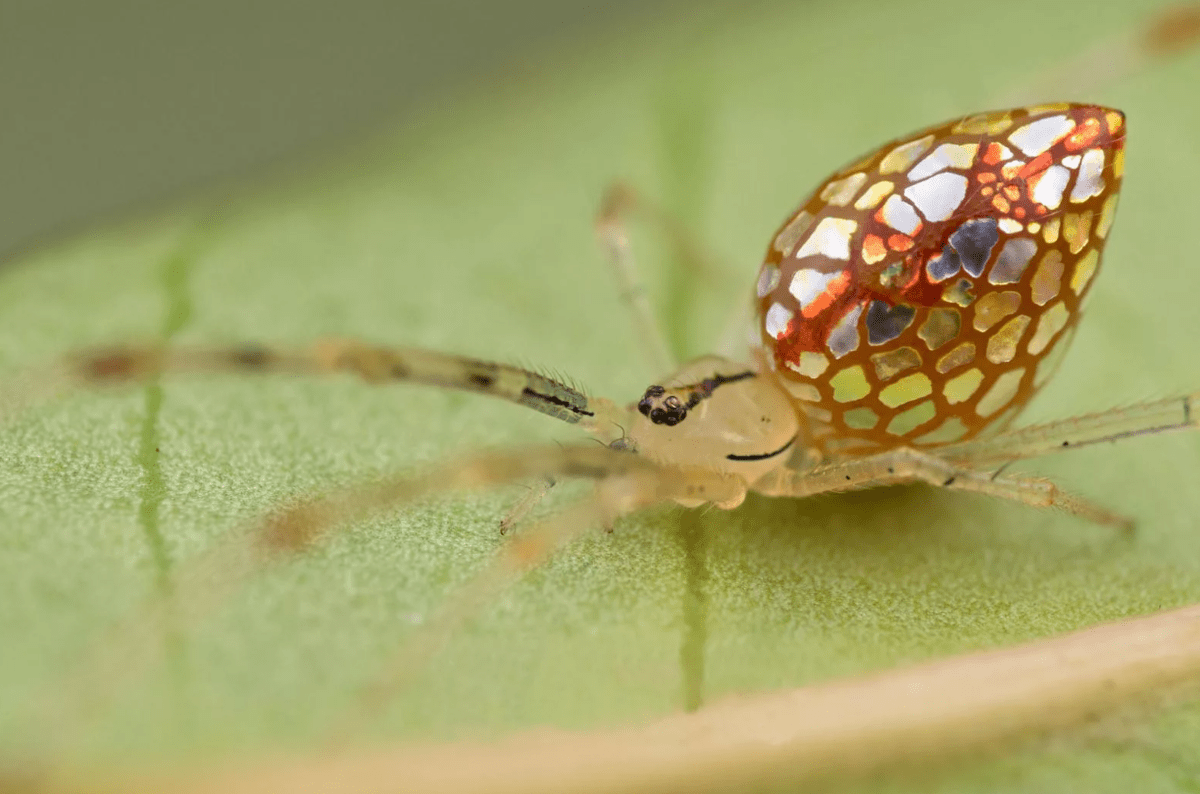 Little is known about this spider, except that many first learned about it from the book “mirror spider» Vlada Olkhovskaya. The spider belongs to the genus Thwaitesia, which includes about 23 different species of spiders.

The spider lives mainly in the eucalyptus forests of Australia, as well as Singapore. The spider got its name for the abdomen – it is covered with small mirror particles – it looks amazing!

A famous photographer who travels the world in search of inspiration once took a series of shots with mirrored spiders. Nicky Bay noticed that the “mirrors” change, but not from the light, but from the current state of the spiders. 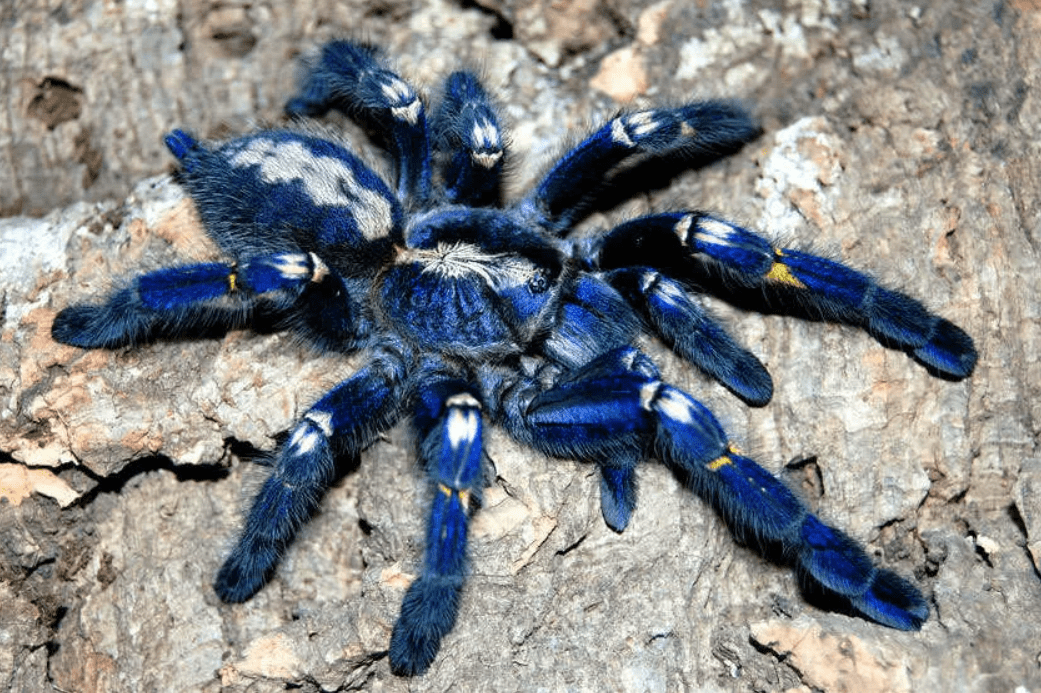 This beautiful blue giant spider is the brightest on the planet, and exotic lovers prefer to start it. True, it is not suitable for beginners as a pet – it is a strong spider, prone to aggression, which also knows how to jump high.

У metallic tree tarantula there is a poison – one of the most toxic among tarantulas, and can be harmful to human health. It’s better not to risk it. But this does not frighten sophisticated lovers of the exotic – through the danger they start this spider in their terrariums.

The species was first discovered in 1899, and even then it was considered rare. The spider is common in the state of Andhra Pradesh in India, as well as in the vicinity of the cities of Giddaluru and Nandyal. Blue spiders are solitary, hunting only at night. 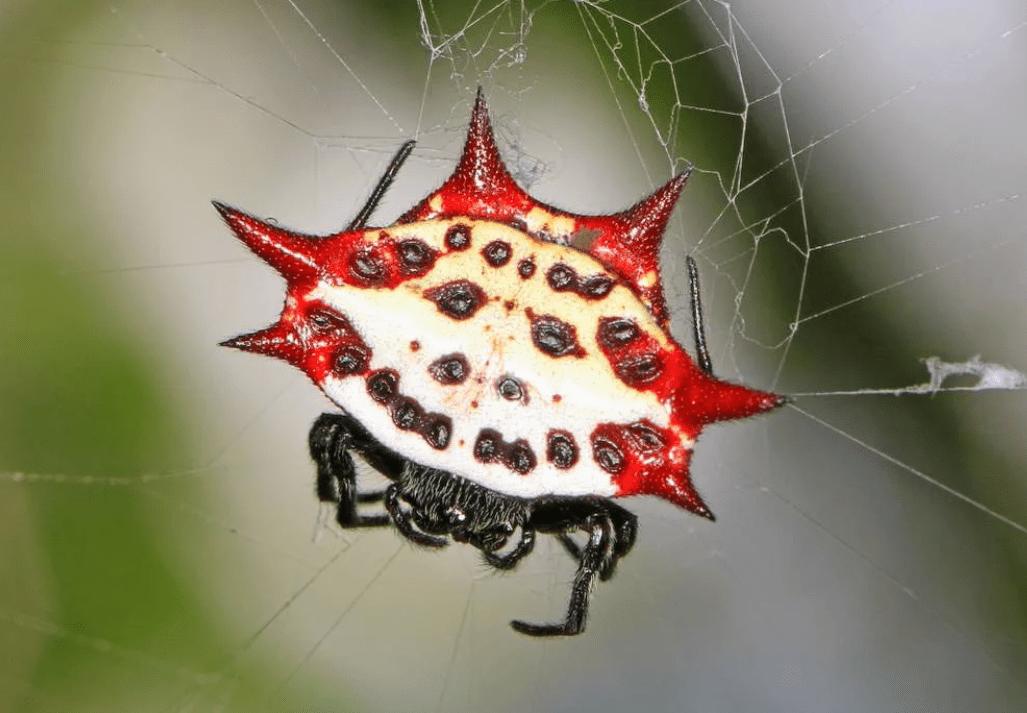 spiked spider as interesting in appearance as its name. Its appearance is impressive: there are spikes on its colored abdomen. You can see such a bright spider in Central America, Cuba and Jamaica. It also lives in the USA, but mainly in Florida citrus groves. Outwardly, the spiked spider resembles a crab – by the way, the name cancriformis translates as “crab”. This spider has a long list of names: spiny crab, jewel spider, spiny belly, etc.

Females are much larger in size (the body length of males is only 2-3 mm, and females can grow up to 9 mm.) Looking at the spiders of this species, you are surprised – what a rich fantasy nature has! Some species of spiny spider even have colored legs. 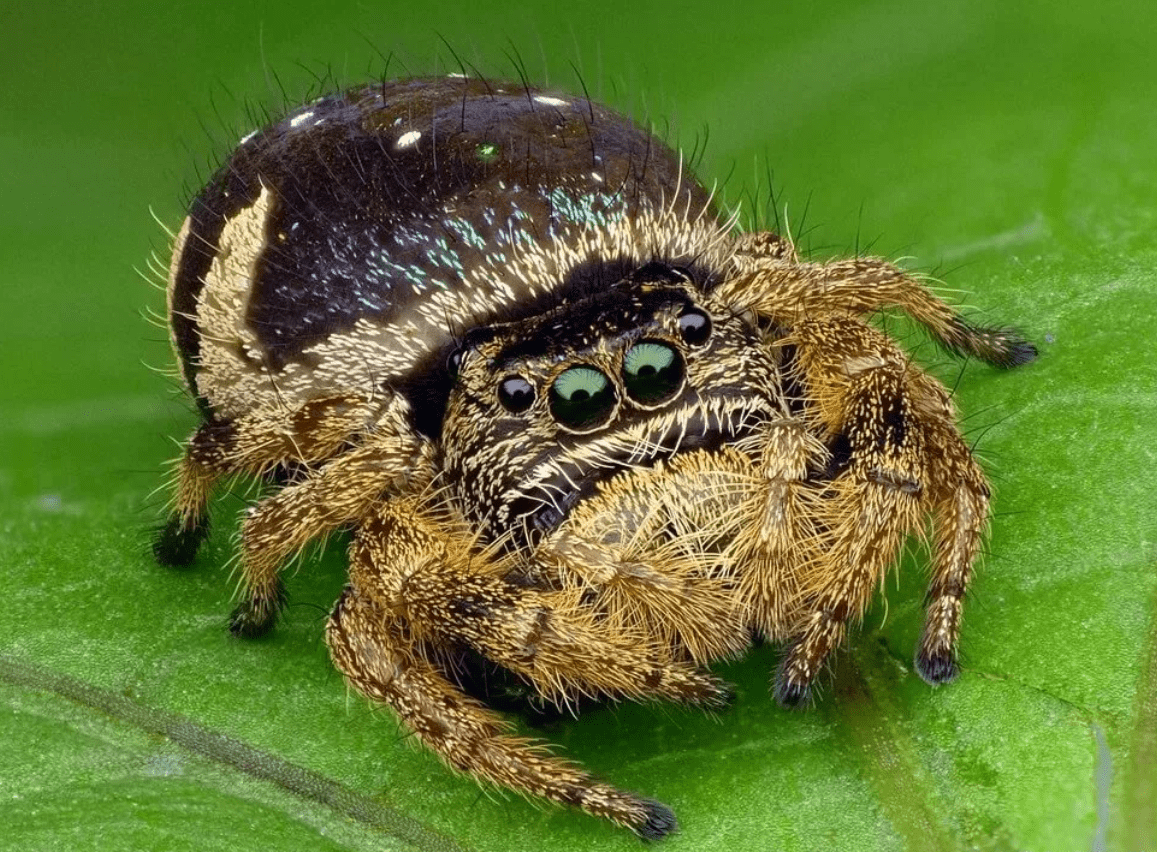 Climbers welcomed Himalayan horse spider even at an altitude of about 8000 meters! Spiders of this species are very fond of settling in the mountains, but the question arises, what do they eat? The spider mainly feeds on insects, which, due to the wind, fall into the crevices of the rocks (where they live).

Himalayan horses know how and love to travel with the wind, using the web for this. Due to the fact that the spider has a hairy body, it is protected from the adverse effects of the environment.

But at night, when it gets cold, the spider prefers to hide in crevices. Unlike other types of spiders, the Himalayan likes to be active during the day. Having eaten once, it can go without food for several months without feeling hungry. 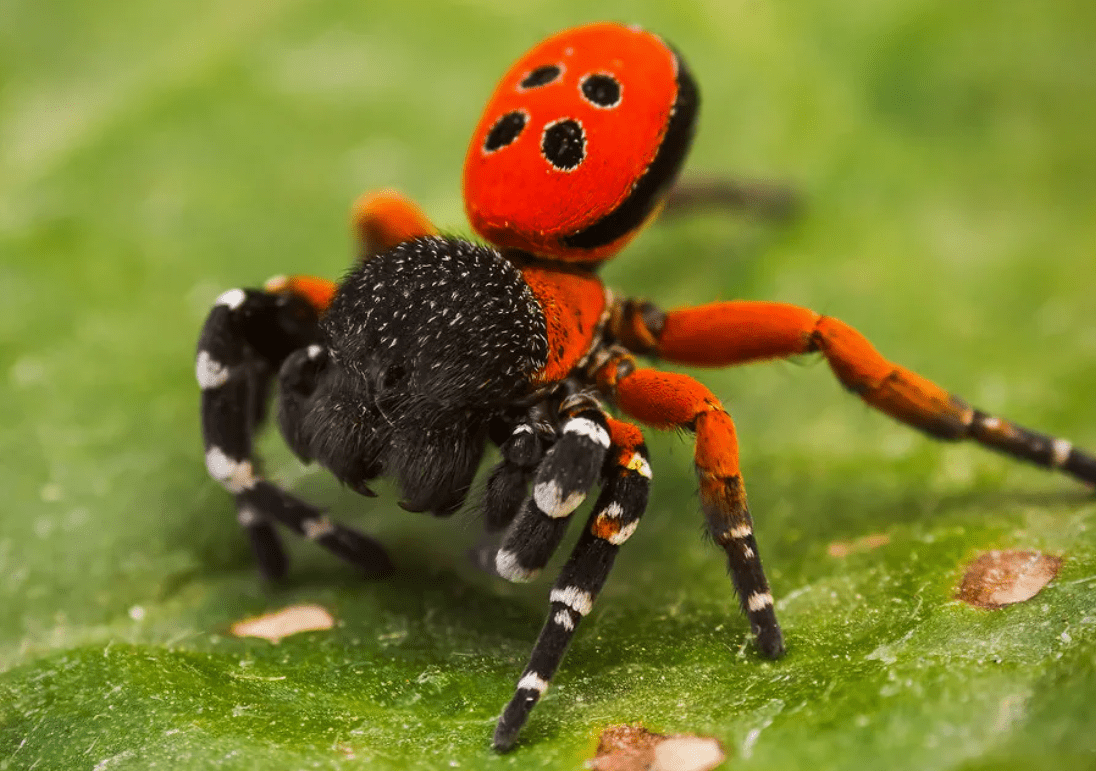 This spider is also called “ladybug”. The name is due to the appearance of the spider, but only the male looks spectacular. There are spots on its body, females are velvety black, and males have an orange-red abdomen with 4 black spots.

The spider has a unique appearance, which is why it was listed in the Red Book. By the way, it is almost impossible to meet him – he lives in the southern part of Europe and prefers a dry climate and the sun.

Like all spiders eresus prefers nocturnal lifestyle. Insects predominate in the diet; they also like to hunt centipedes, scorpions, wood lice and others. Erezus do not really like to catch the eye of people – if you are a photographer, then you will have to try hard to capture this beauty. Still to be found! 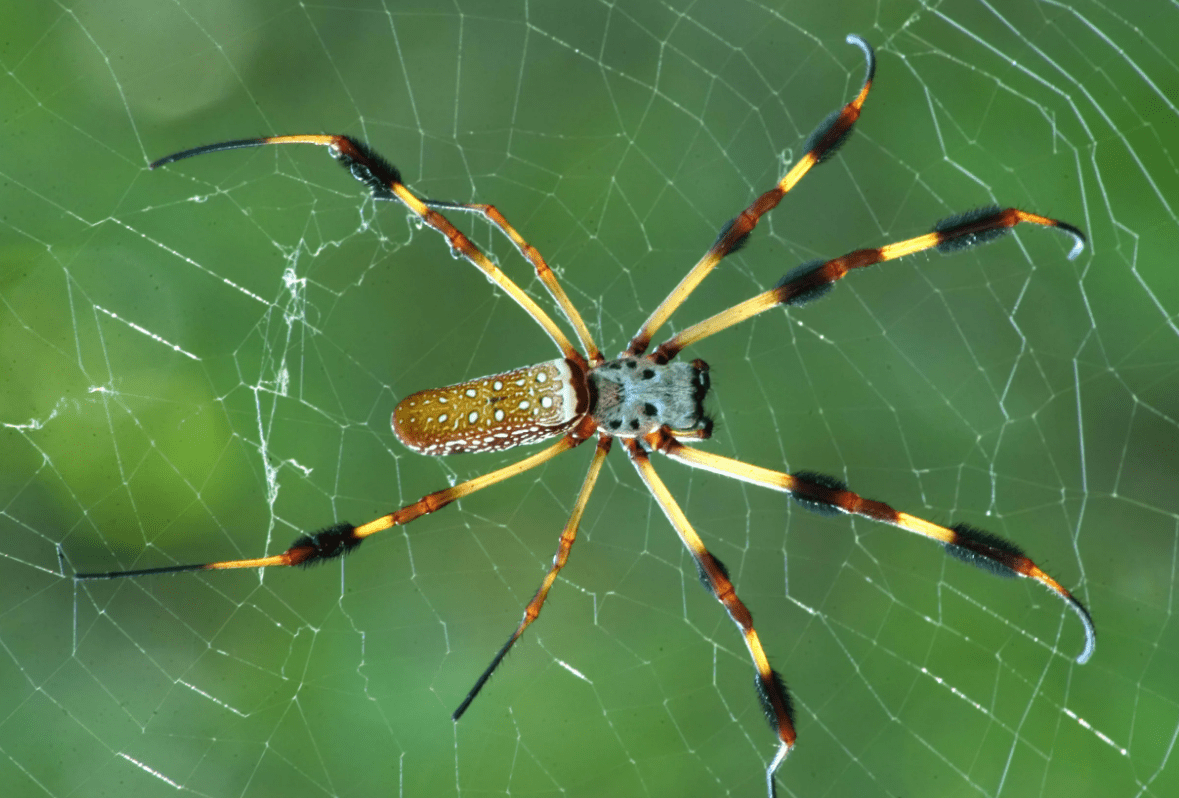 Round Nephilim unrealistically cool – all because it is different from other types of spiders. He would definitely win the race for the title of uniqueness! This genus weaves the largest webs – their poison can be compared with the poison of a black widow, but they do not pose a danger to people.

It differs from others in long paws, extremely low weight. The nefil round-weaver walks great along the construction he has built, because the trapping net is fantastically strong. Nephiles are a common species, but they choose comfortable conditions for life.

Orb weavers choose semi-deserts and steppes of Central Asia, the Crimea and the Caucasus for life. At the same time, nephils like to settle in the forest – especially in the first month of summer. The main difference between the nephil and other spiders is that it can build a huge hunting net (up to 1 m in diameter) in an hour. 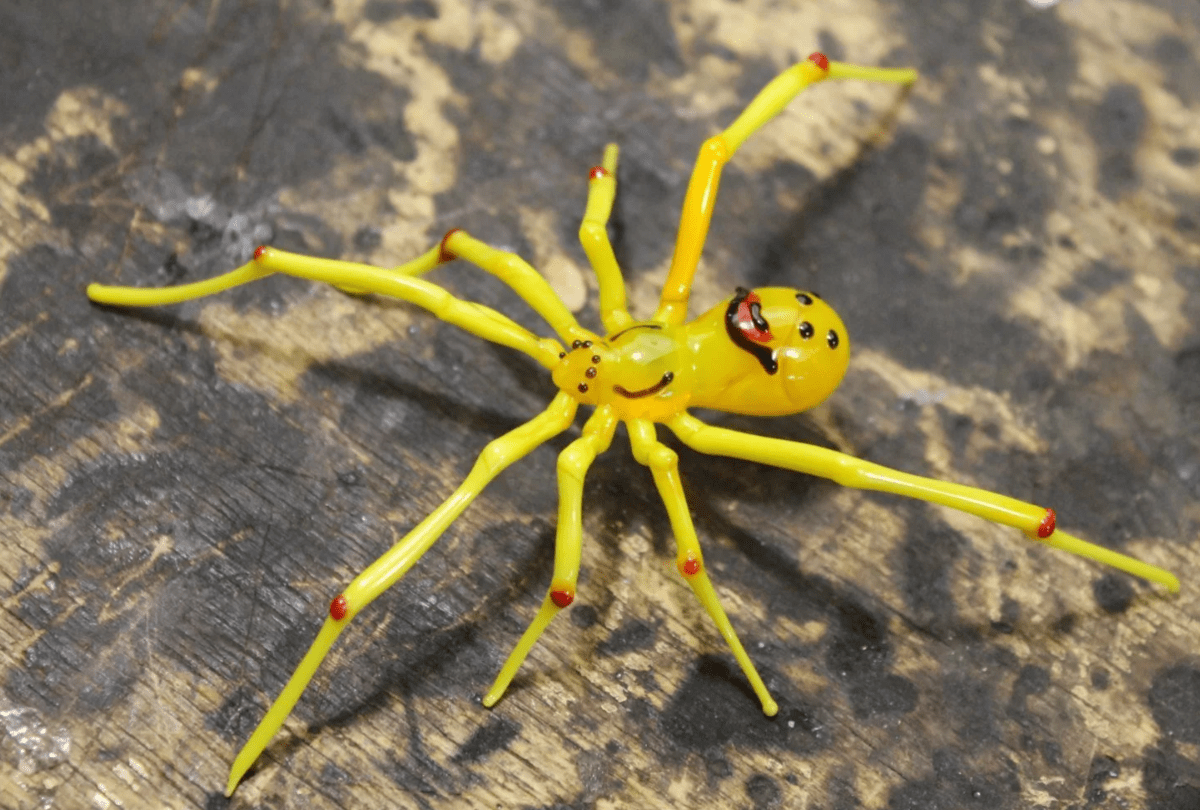 Smiling spider – a spider that will make you smile! A spider with an interesting name lives in the Hawaiian Islands, is not harmful to humans, loves to eat midges at night. The Hawaiians like to call it makaki’I, which means “spider with a human face.”

If you are still afraid of spiders, look at the smiling one – how can a baby with such a beautiful smile scare? Just cheer up! In fact, many colors are inherent in this species – about 20 are known.

The most common species is a yellow spider with black spots and a bright “smile” on the abdomen. Sometimes the spider folds into a pattern and resembles a face. The spider has a modest size (5 mm.), The main activity is at night. 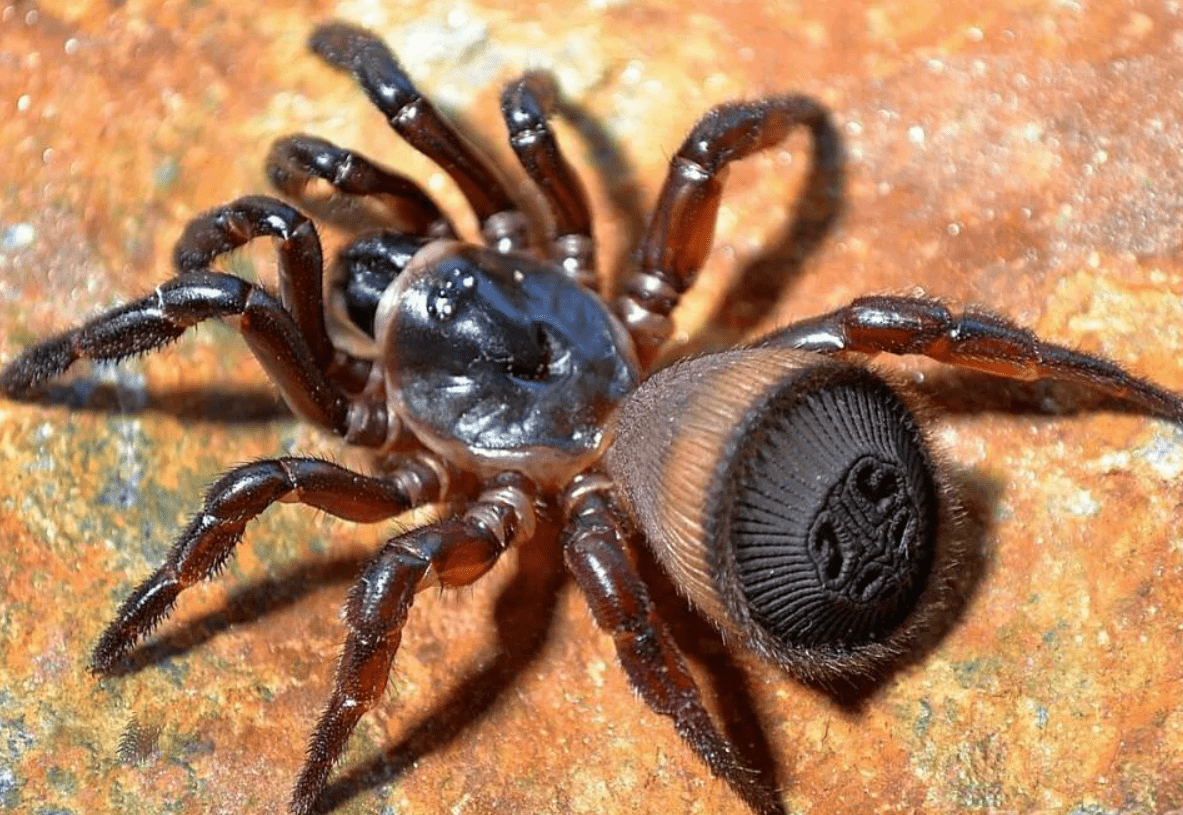 This spider has an interesting appearance – it has a truncated abdomen ending in a chitinous disk. In time of danger cyclocosm digs holes and closes the belly. Basically, the spider feeds on insects, but for about six months it can safely do without food.

Cycloxmia is a fairly aggressive species and is considered quite ancient. The ancestors of cyclocosmia appeared on Earth 100 million years ago. In appearance, the spider resembles a device from the arsenal of wizards – I immediately remember Harry Potter!

Its appearance is very fantastic, so sophisticated exotic lovers keep them in terrariums. Spiders of this species are found in the southern part of the United States, they love warm states, such as Florida, Louisiana and others. 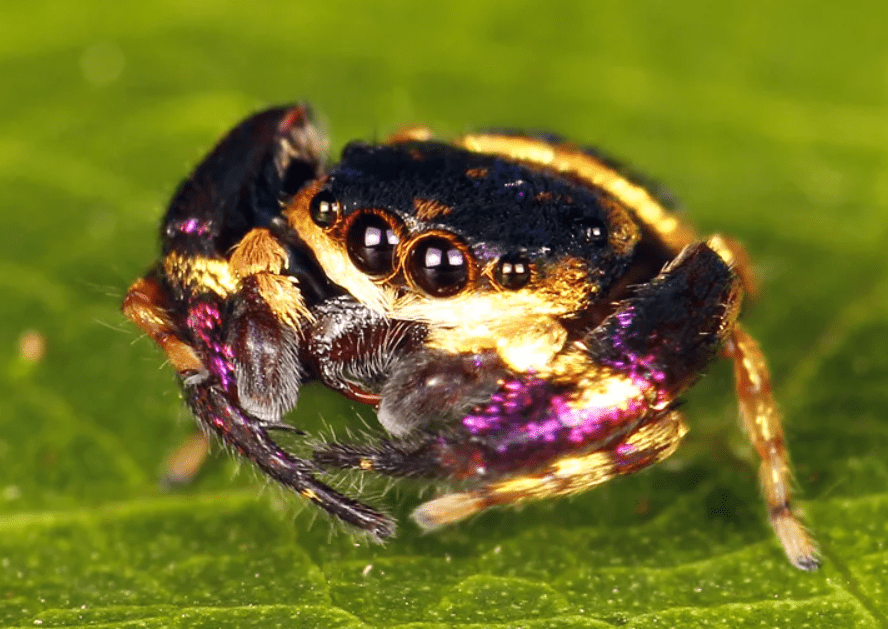 This bright, shimmering gold spider looks like candy! No wonder so many photographers try to capture such beauty. Golden Jumping Spider is no more than 4 mm long, which makes it also touching.

In addition to excellent eyesight, the golden jumping spider has one quality that helps it to be an excellent hunter. A spider with a bright appearance can regulate blood pressure in the vessels itself – and actively uses this to increase its miniature paws in size.

There is no information anywhere that the jumping spider is poisonous, it is a predator, but insectivorous. Everyone who sees a spider for the first time agrees that it looks like some kind of decoration! Such a handsome man lives mainly in the Thai province of Saraburi. 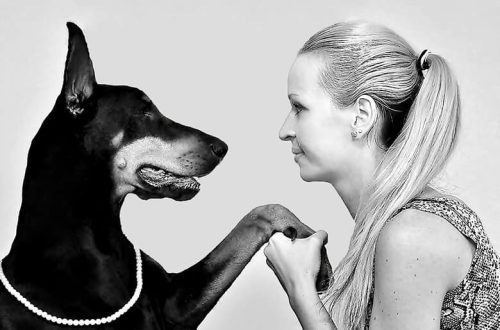 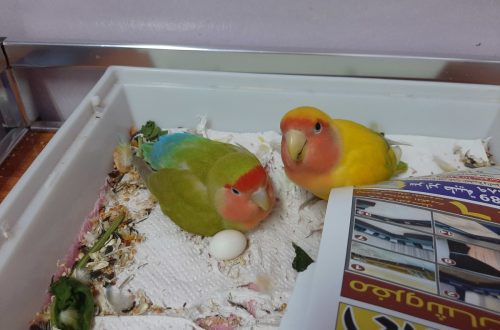 How many lovebird eggs incubate: let’s talk about duration 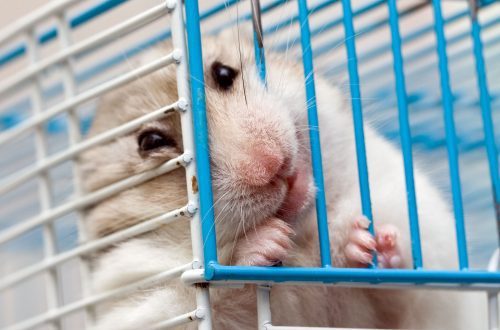 Why a hamster gnaws a cage: how to solve the problem