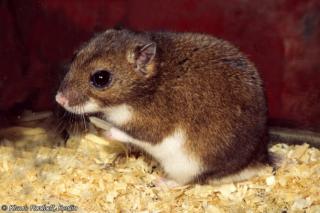 Hamsters belong to the order of rodents, the hamster family. In total, there are almost 250 species of these animals on the planet, two of them belong to the genus Eversmann’s hamsters. They are similar to each other in appearance and have common biological features. Eversmann’s hamster and Mongolian are harmless steppe inhabitants and cute pets. The genus is named after the famous Russian traveler and zoologist – Eversmann E.A.

Features of the appearance, nutrition and habitat of rodents

Both types of hamsters of the Eversmann genus have common features and slight differences, thanks to which they were divided into separate categories.

Description and features of the settlement of animals

The Mongolian hamster is similar in size to a mouse, but slightly larger. The description of an animal begins with size. The length from the crown to the tip of the tail rarely exceeds 15 cm. The short tail grows up to 2 cm. At its very base there is a hair fluff about 1 cm in size. The coat is light without dark spots characteristic of the breed on the chest. The belly, the inner surface of the tail and legs are white.

The usual diet of the animal is small insects, fresh herbs and roots. The animals are very nimble and mobile. One Mongolian rodent is able to occupy an individual territory with a diameter of 400 m. The habitat explains the reason why the species got its name – the territory of modern Mongolia, northern China, and the southern regions of Tuva. Animals prefer sandy soil, so they are found mainly in deserts and semi-deserts. The determining factor is the presence of saltwort and cereal crops, which the Mongolian hamster loves to eat most of all.

The description of the Eversmann hamster is not much different from the Mongolian. The length of the rodent is from 100 to 160 mm, the tail is up to 30 mm. The fur is short, soft white, black, sandy, red or a mixture of all these shades with a white belly and a characteristic brown spot on the chest. If you look at a sitting hamster, you may not notice the white color of the lower part of the short tail. White paws have finger tubercles. The skull is narrowed towards the nasal region, due to which the muzzle has a pointed shape. Ears are short, hairy.

The habitat to which the Eversmann hamster is accustomed is semi-desert, desert, steppes with cereal crops, virgin lands, salt licks. The main condition is that the soil should not be excessively wet. The habitat includes the territory between the Volga and Irtysh rivers, to the Mongolian and Chinese lands to the east. Further in this direction, the range of the previous species begins. In the north, the border runs in the Chelyabinsk region down to Kazakhstan along the Tobol River and to the Caspian Sea in the south. The western borders are determined by the Urals and Ustyurt.

The diet of a hamster is made up of seeds of wild or cultivated plants. From animal food, the rodent prefers voles, small ground squirrels, chicks of small birds.

Animals of the genus under consideration lead a nocturnal and twilight lifestyle. Housing equips simply. The hamster digs a shallow hole with several branches. The main entrance is only 30 cm long.

Rodents can hibernate or simply reduce their activity during the cold season. Pets don’t sleep.

Studies of the economic activity of hamsters of these species do not confirm the epidemiological role, as well as causing great harm to grain farming.

Differences between the Eversmann hamster and the Mongolian

What is the difference between two species of the same family of hamsters?

Despite the unpretentiousness of living conditions and food, in some regions of Russia, the animals were included in the Red Book. The reasons for the disappearance of the Eversmann hamster are the use of inorganic fertilizers by humans in the soil. A theory is also being explored about the likelihood of changes in the landscape and climatic conditions of the habitat regions, and a limited number of suitable biotopes at the edges of the range.

Hamsters are not threatened with complete extinction and extinction, as people are making every effort to preserve biological diversity on the planet. In the Chelyabinsk region there is a Red Book, where Eversmann’s hamster is noted as a rare species of the third category. Here the animals are protected by the Arkaim Reserve Museum.

In favor of protection against extinction is the good fecundity of rodents. From mid-spring to September, one female is able to bring up to 3 litters of 15 cubs. Living conditions affect the number of offspring. If there is a lack of food, cold air temperature or a stressful life situation, there may be fewer children, about 5-7 individuals. The average life expectancy of a hamster of the described species is from 2 to 3 years, at home – up to 4 years.

Hamsters of the Eversmann genus make excellent home inhabitants. They are easy to care for and do well in captivity. The content of animals of this species is no different from any other. A comfortable cage with a running wheel and a closed house for sleeping, a drinking bowl, a feeder, accessories, as well as regular feeding and cleaning the toilet are the key to a long and happy life of a rodent.

The home of the hamster should be away from direct sunlight, it must be regularly ventilated. Sometimes you can arrange for your pet to walk to “freedom” around the apartment. Feeding is carried out with special food, twice a day, at the same time.

Eversmann hamsters are a popular type of rodent that is often kept at home. They are cute, harmless, deliver a lot of pleasant emotions. Friendly animals become favorite pets of children and adults. Proper care and attentive attitude will allow them to please their owners for a long time. 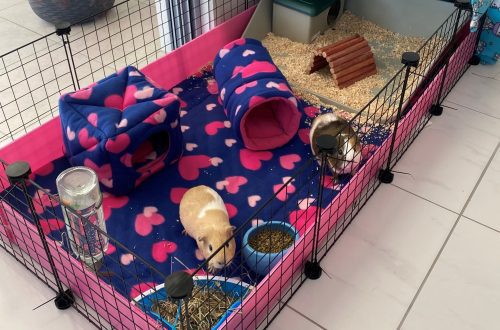 What cage to choose for a guinea pig?

Guinea pig sounds and their meaning 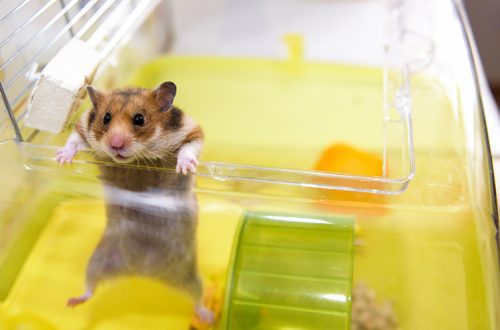 How to find a runaway hamster?