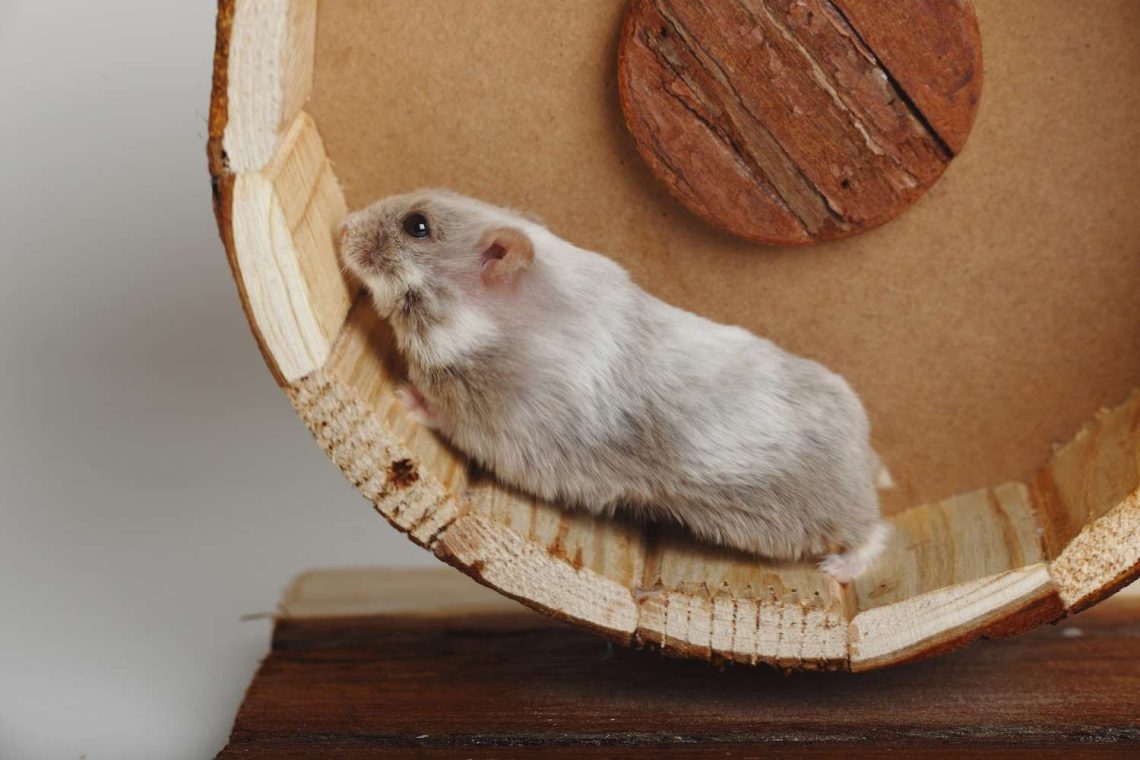 Cute, funny, small and very playful fat man – this is Campbell’s hamster, a bright representative of the family of pygmy upright hamsters. Campbell’s hamsters are similar in appearance to Djungarians, they were previously considered a subspecies of Djungarian hamsters. The specific name was given in 1904, the breed was named after Charles Campbell, who brought the animals from the Russian-Chinese border.

Campbell’s hamster will give its owner a lot of positive and positive emotions, because it is interesting to observe and take part in the life of a nimble animal. Campbell’s dwarf hamsters are unpretentious in content, so many breeders choose them.

How do they behave in the natural environment?

In the wild, Campbell’s hamsters live in Mongolia, China, and some regions of Russia (Transbaikalia, Buratia, Tuva). In relation to other species, they are territorial animals. Representatives of the breed live in groups with a leader or in pairs.

Animals do not change their coats in winter, do not hibernate, because they have learned to control and regulate body temperature. They lead a nocturnal lifestyle. At night they are very active, which allows the body temperature to rise to +40 degrees. Before sunrise, the animals go to sleep – sleep reduces body temperature to +20 degrees. This lifestyle allows you to properly expend energy, save energy. Campbell’s hamster digs minks no deeper than 1 meter, which are lined with dry grass and wool. 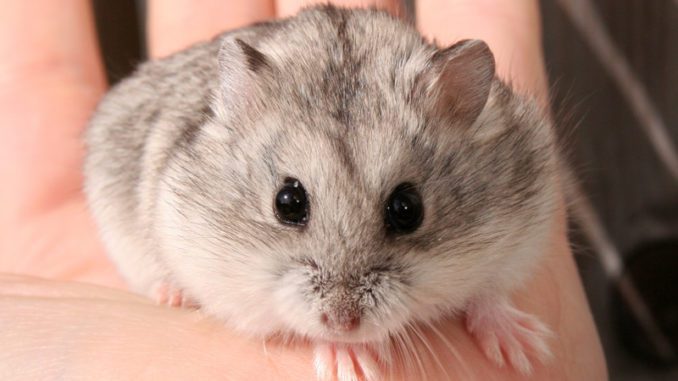 Despite the fact that Campbell’s hamsters are similar to Dzungarian relatives, they have a number of features, having familiarized themselves with which breeders easily distinguish between representatives of both breeds. The color of Campbell’s hamsters is dominated by golden, amber and brown tones, while those of the jungars are light. The Campbell has tiny ears, no fur on the soles. But there is a common feature with the Dzungars – a dark stripe on the back and a light belly. In the dzungarian, the strip expands closer to the head, forming a rhombus; in Campbell’s hamster, it is even from beginning to end. The fur of the animal grows at a certain angle, because of this feature it looks ragged, sticking out. For more information about the difference between these breeds, see the article on the differences between Campbell’s hamster and jungarik.

What color is Campbell’s hamster?

The most popular color is agouti: sandy-gray, white or milky belly, dark stripe on the back. But you can also meet one-color Campbell’s sand-colored hamsters without a strip on the back and a light belly, but with white spots on the fur coat and a light chin. This color is called self. Many colors were artificially bred – tortoiseshell, satin, silver. On sale there are black and white (albino) representatives of the breed.

Unique features of the representatives of the breed:

The nature and duration of life 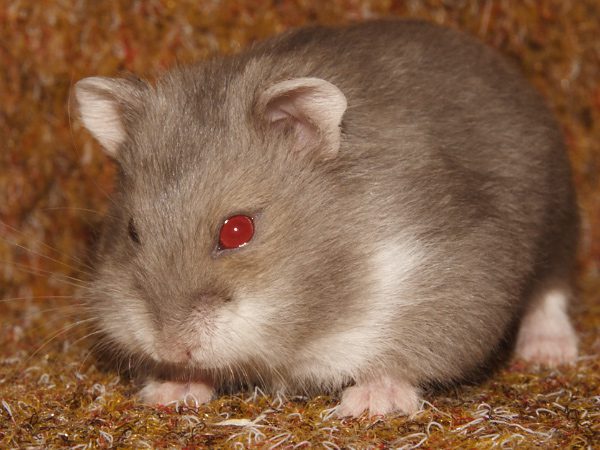 If you decide to keep several representatives of the breed in one cage, do not leave them unattended for a long time, otherwise fights cannot be avoided. “Campbells” are stubborn and can fight to the point of blood and death. Prone to obesity and diseases such as tumors, polycystic, diabetes.

Campbell’s hamster is difficult to tame: for a long time he does not want to go into the hands of the owner, even if he sincerely loves him and takes care of him according to all the rules.

Before you buy a pet buddy, find out how long Campbell’s hamsters live, because the loss of a small pet can cause a lot of stress, especially for children. If the child is at such an age that he is able to take care of a pet, buy him a Campbell hamster, just warn him that you cannot call him a long-liver – the animal lives on average 1-2 years. With good care, it can live 2-3 years, but this is rare. Pets do not live up to 4 years either in the wild or at home.

How to wean a pet to bite?

Most breeders agree that Campbell’s hamster loves to bite. This is a feature of the breed. But biting is not only a way to protect and show aggression, but also a reaction to the following factors that must be avoided:

If the hamster still bites, treat the bite with peroxide, do not yell at the animal and remember that the bites of these animals are not dangerous. Yelling at the hamster, let alone hitting him, you will not be able to make friends.

Try to win over Campbell’s hamsters with affection: treat the baby with something tasty, speak in a calm voice, and also follow the recommendations above, this will help wean the bully from the habit of biting.

Campbell’s hamster is small, averaging 7 cm, so it can live in an aquarium or a small cage. To maintain the Campbell family, you need to purchase a large cage, this to some extent will help prevent fights between family members.

As bedding, sawdust or special fillers are used, which can be purchased at pet stores. This will help to avoid the unpleasant odor caused by the activity of rodents. It needs to be changed every 3-6 days, this indicator depends on the number of pets, their activity and the personal views of the owner. Someone changes the shavings every 3 days and complains that the hamsters “stink”, while others do not notice an unpleasant smell even after a week. The care does not end there, it is important that the cage is comfortable and stands in a well-lit place, away from drafts and direct sunlight.

A pet needs to be let out to run around the floor at least occasionally – he will like this pastime. Special balls are sold in pet stores for traveling around the apartment, but they must be used with caution, since Campbell’s hamster can suffocate inside, although the “accessory” is equipped with special air holes. As practice shows, you can leave the animal in the ball for no more than 10 minutes. The animal can overheat as the temperature inside the ball rises when the hamster runs. “Accessory” is convenient if you use it for a short time, because the pet will not climb anywhere and will be able to ride around the room, being in front of the owner.

Home for a hamster is his fortress, he is kind to him. The baby loves to put things in order in it, which in no case should be violated. Even changing sawdust is a stressful situation for a hamster, so you can’t do it daily. It is enough to make sure that there is no spoiled food in the cage, change the water regularly. It is not necessary to rearrange the “furniture” in the cage often – to outweigh the wheel, remove and swap the “interior” items.

Since small rodents are very fond of spinning wheels, climbing in pipes, it makes sense to help the baby equip the cage by buying special devices for these cute animals in pet stores: stairs, houses, labyrinths.

You already know how to care for Campbell’s hamster, it’s easy to do, the main thing is to love your pet and feed it properly.

What to feed “Campbell”? 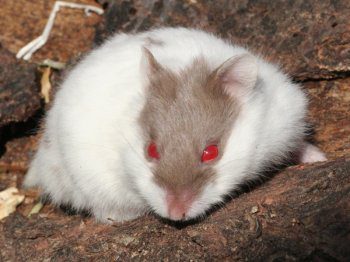 The main diet of the rodent should be cereals. Pet stores sell special foods – mixtures of grain products. You can make your own food by mixing equal parts oats, peas, corn, wheat, nuts, sunflower and pumpkin seeds. The advantage of purchased feed is that they are additionally enriched with vitamins. In order for Campbell’s hamster to grow up healthy, he needs to be given fruits, except for citrus fruits, and vegetables, except for garlic, onions, potatoes, and zucchini. The diet should be enriched with herbs – parsley, dill, clover, lettuce. Dried fruits and biscuits are given as treats. To make the food as diverse and healthy as possible, sometimes you can feed it with bread, cottage cheese, unsalted wheat, semolina or oatmeal, boiled meat. The liver noticeably improves the condition of the coat.

Campbell’s hamsters are very fond of turning over food from the feeder, so make sure that the pet always has something to profit from, but do not overdo it, because being overweight adversely affects health.

There is an opinion that Campbell’s hamsters should not be given water. This belief is fundamentally wrong, just water should be in a special drinking bowl with a spout.

The process of drinking is more like sucking and licking liquid. Water needs to be changed every 1-2 days, vitamin C can be added to it. It is permissible to wash the drinking bowl only with the addition of soda, but not detergents. 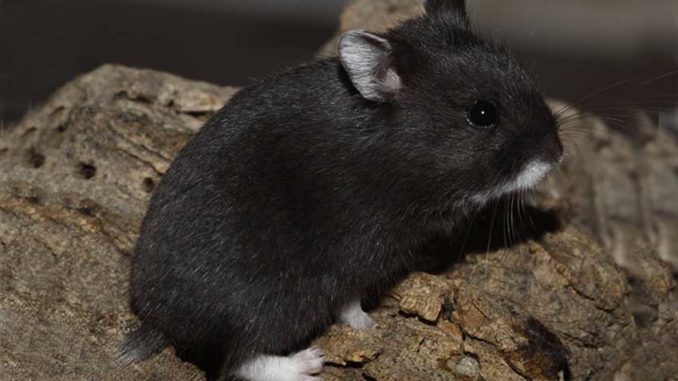 You already know what to feed the Campbell hamster, read the description of the breed and probably wanted the pygmy rodent to become your friend. When choosing a hamster, you need to have information and not trust everything that the seller says – his knowledge can be superficial. It’s good if you can determine the sex yourself, especially if you want to buy several Campbells at once, because reproduction begins from the first month of a rodent’s life. As a rule, there are from 6 to 8 cubs in a litter.

The representative of this breed only looks calm, in fact it is the most nimble and aggressive type of hamster. Therefore, it is important not to pick it up immediately, from the first days of life in your home – give the opportunity to get used to the new environment. 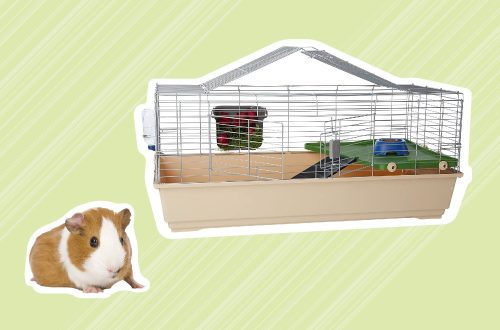 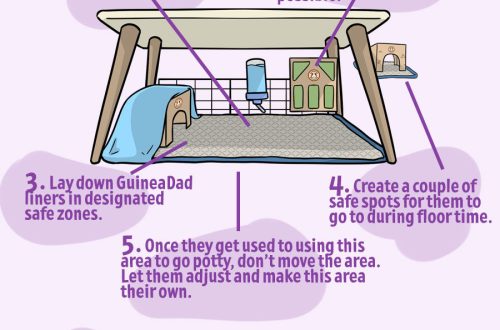 How to train a guinea pig at home 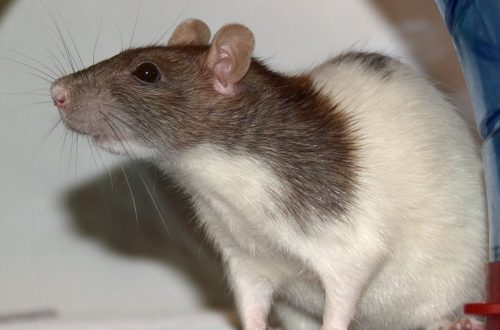