Owners who have favorite pets – turtles, are interested in the issue of captive breeding, which is associated with the structure of the genital organs and “marriage” behavior. The unusual configuration of the body of the animal itself implies that the reproductive system is arranged in a peculiar way. Like other reptiles, turtles lay eggs, but before that, internal fertilization occurs.

Since most species of the turtle family live long enough, the reproductive system also reaches maturity slowly, forming over a number of years. The genitals of turtles are formed by several sections:

Located in the middle part of the body, the reproductive system is adjacent to the kidneys. Until puberty, they are in their infancy. Over time, the genitals grow and their size increases significantly. In mature individuals, the testicles take the form of an oval or cylinder; in young animals, they look like a slight thickening.

In the male turtle, 4 stages of development of the reproductive system are distinguished:

The first three phases indicate the development of the testes. Sperm is injected into the vas deferens, which moves to the cloaca, and then enters the penis. When the male is aroused, the turtle’s swollen penis extends beyond the cloaca and becomes visible from the outside.

Marine and land species are distinguished by a huge penis. With sexual arousal, it “grows” by 50%. In some species, its size reaches half the length of their body. It is believed that the sexual organ is needed not only for copulation, but is also used for intimidation. But when the period of sexual arousal ends, the turtle’s penis hides under the shell.

Note: The genital organ of the male turtle extends outside the body at the time of sexual arousal and mating, then gradually retracts inward. If this does not happen, then the turtle has health problems, the development of certain diseases is possible.

In female turtles, the reproductive system is formed by the following departments:

The ovaries are located near the kidneys and are located in the central part of the body. Their growth occurs gradually, and the size increases by the time of puberty. For pets, this is the age of 5-6 years. In females, during mating, all genital organs swell, significantly increasing.

The turtle does not have a uterus, because intrauterine bearing of young is not developed. The yolk for the egg is formed thanks to the liver, which synthesizes it using adipose tissue. Two parallel oviducts join at the cloaca. They are involved:

In front of the cloaca is the turtle’s vagina. This is an elastic muscular tube that can stretch and contract. Here, sperm can be stored for a long time and fertilization is possible when the egg matures due to pre-stored sperm, and not at the time of copulation.

The fertilized egg gradually moves through the oviduct and an egg is formed from it. The cells of the upper part of the oviduct produce protein (a protein coat is created), and the shell is formed at the expense of the lower part. There are cases when females, regardless of the presence of a male, lay unfertilized eggs.

There are 4 stages in the development of the reproductive system of the turtle:

The increase in follicles is a consequence of ovulation (the formation of an egg), followed by the process of fertilization, and then regression occurs.

Note: After the female lays her eggs, her childbearing period will end and the reproductive system will come to a stable state. Caring for offspring is not typical for reptiles, so the mother is not interested in when and how her offspring will be born.

Turtles do not breed well in captivity. To do this, they need to create conditions close to the natural environment. With proper nutrition, a good microclimate and fairly free movement, the mating process of clumsy reptiles is possible. They are able to be sexually active throughout the year.

Often, as a pet, they keep an aquatic red-eared turtle. Individuals of different sexes are placed in a common terrarium and monitored when a relationship is established between the pair. Usually, several females are planted with the male for the mating period. The male, unlike the female, has a longer tail and a notch on the plastron.

During the period of sexual arousal, the behavior of individuals changes markedly. They become more active and militant. For example, males may fight for a female.

The genital organs of the red-eared turtle are not much different from other species.

During mating, the male climbs onto the female and injects seminal fluid into her cloaca. In aquatic turtles, mating takes place in the water, while in land turtles, on land. The process of fertilization takes place in the body of the “future mother”. During pregnancy, she is separated from the male, who becomes aggressive.

Note: From the moment of fertilization to the laying of eggs, 2 months pass. But the eggs can remain in the body of the female for some time if she does not find a convenient place to lay them. In the natural environment, the turtle selects for masonry the place where she herself was born.

The reproductive system of turtles is arranged quite perfectly and allows you to breed under favorable external conditions several times a year. But since the eggs and hatchlings are not protected by the mother, most of the offspring die for various reasons. Therefore, up to a dozen species are listed in the Red Book today, and some have been preserved in single copies. 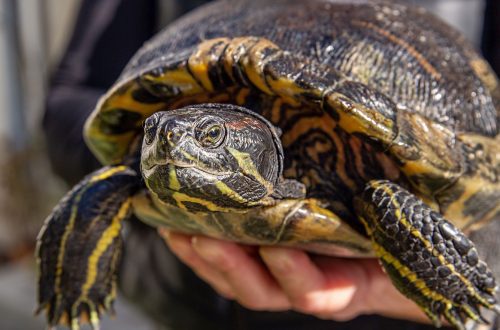 Which turtle to choose for home keeping? 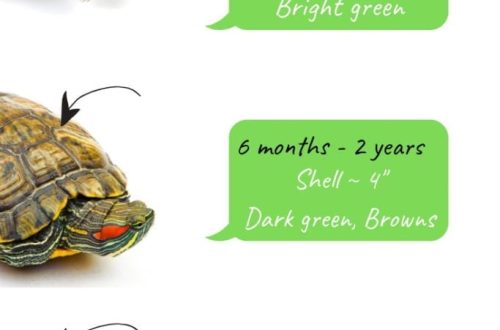 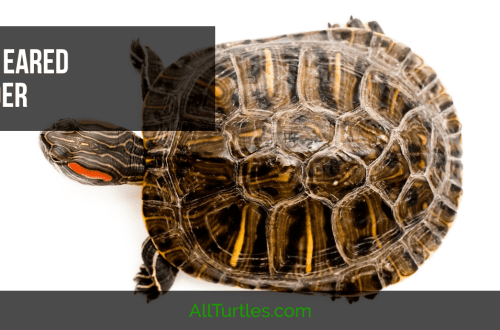