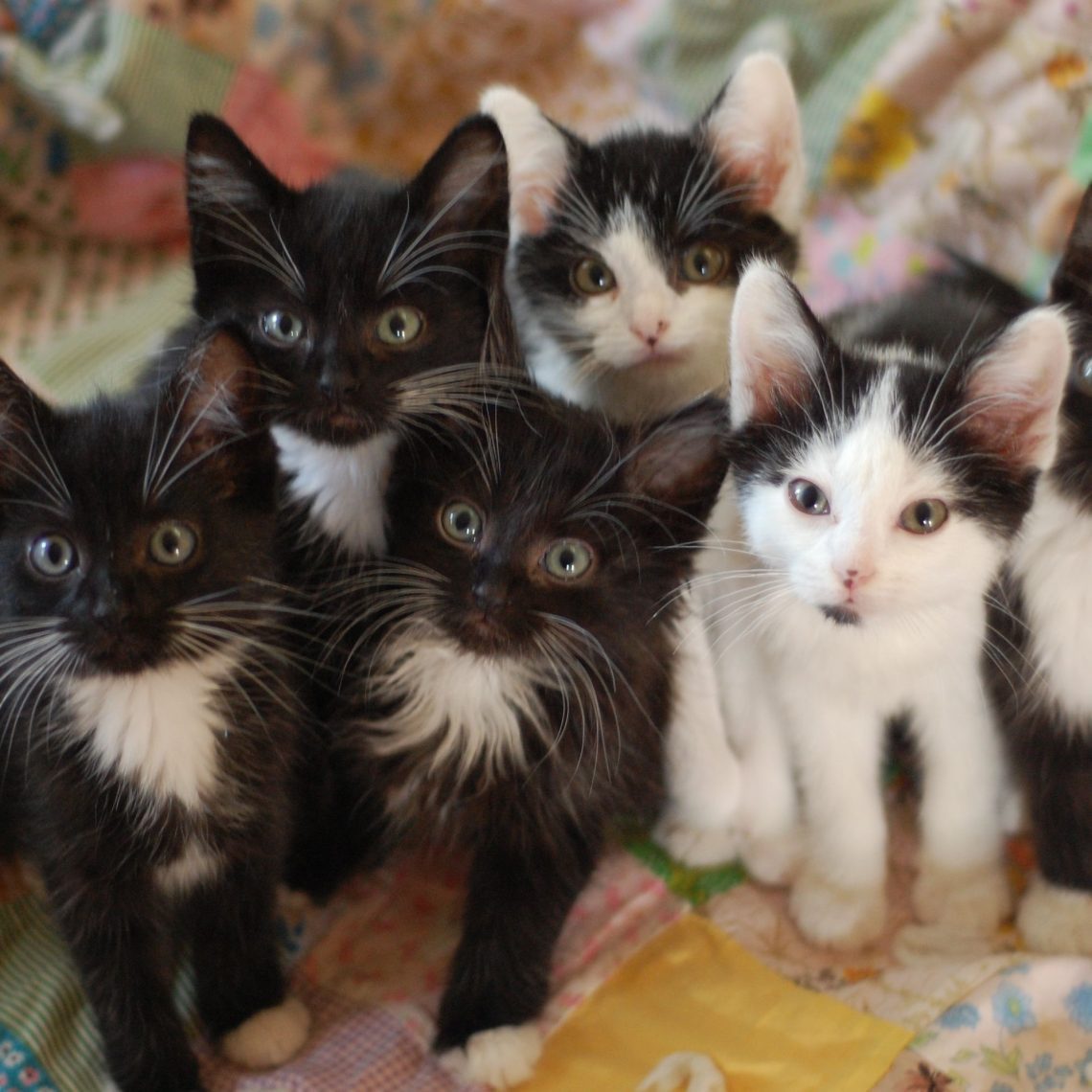 The minimum period allotted by nature for a cat to be pregnant is 55 days, the maximum is 72 days. According to the observations of the owners, the average gestation time for a cat baby is 60-68 days.

The gestation periods of animals of different breeds vary, albeit slightly. Long-haired cats carry offspring a little longer than short-haired ones. For example, fluffy beauties from the Maine Coon breed have to wait 66-68 days for a happy moment, and representatives of the Siamese-Oriental group – only 59-64 days. Felinologists have determined the average duration of pregnancy for cats of different breeds. So, for example, it is for

In cats bearing 1-2 cubs, the gestation period often reaches 72 days, and future mothers of many children can expect offspring from 58 days.

The duration of gestation of kittens is often affected by stressful situations for pregnant animals – moving, repairs, guests staying for a long time, noisy events. In such cases, childbirth may occur earlier or later than the moment established by nature. 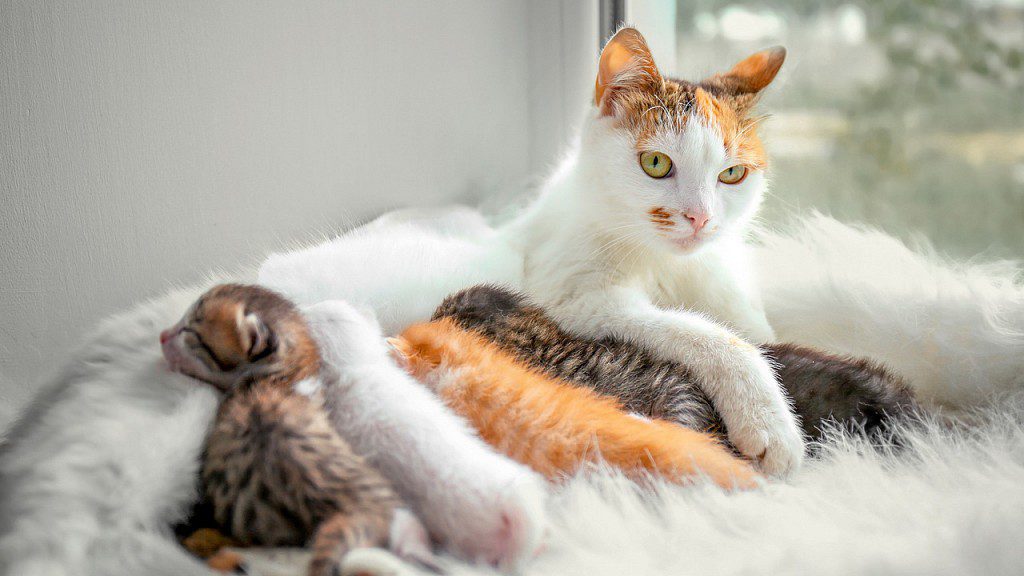 How to tell if a cat is pregnant

It is highly desirable for a cat owner to know that his pet is pregnant. It is important to establish the moment of mating, because it is from it that the countdown of the cat’s pregnancy begins. It is not difficult for owners who themselves determine the “wedding day”, and those whose kitties arbitrarily decided to acquire offspring, left unattended, are often taken by surprise. 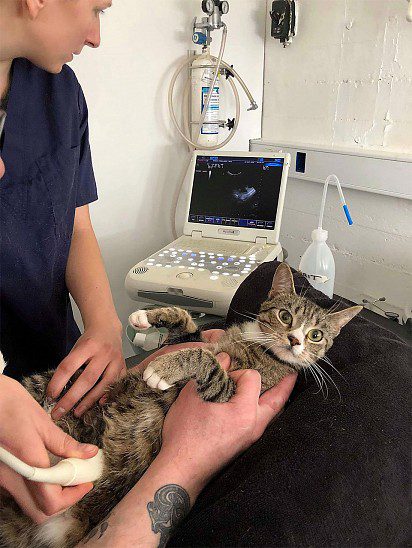 Ultrasound for a cat

The fact of an early pregnancy of a cat can only be accurately confirmed by an ultrasound examination of its abdominal cavity. Already in the second week from the moment of conception, ultrasound equipment recognizes the fetal bladder, and in the third week it records the fetal heartbeat. Experienced veterinarians are also able to determine early pregnancy by palpation.

If you admit that the cat could become pregnant, watch her. The first suspicious signs appear around the tenth day after mating. You will notice that the kitty has become exceptionally affectionate, more demanding of your attention. Much less often, but it happens that the animal, on the contrary, tries to retire, avoids touching. The pet becomes drowsy, slow, in a word, her behavior changes noticeably.

The first signs of pregnancy are also manifested in a change in the taste preferences of the expectant mother. She may be interested in food that she did not like before. The appetite of the animal is also an important indicator. At first, it may decrease, morning toxicosis is possible, but then the cat begins to demand ever larger portions of food.

Noticing that the cat has swollen mammary glands and darkened nipples, you will be confirmed in your suspicions. Such signs appear in the third week of pregnancy. There will be no doubt at all when, by the end of the fourth week, the cat’s tummy begins to noticeably round, then increasing day by day.

The period of gestation of kittens is marked by several important stages.

The formation of embryos up to 1 cm in size occurs during the first three weeks from the moment of fertilization of the cat. This internal process does not affect the appearance of the animal. But it was this period that was marked by changes in the behavior of the pet, a decrease in her appetite.

Over the next two weeks, the cubs grow to 4-6 cm. At this time, their little bodies begin to be covered with tiny hairs. The cat’s tummy increases expressively, acquiring a pear-shaped shape, by the 5th week it noticeably thickens. The cat waddles, with swollen sides, and it seems that the babies in her womb are cramped. However, if a kitty bears no more than two cubs, her belly does not increase too clearly. During this period, an ultrasound examination will give an accurate conclusion regarding the number of kittens. It is not necessary to independently determine the number of offspring by probing the cat’s tummy. This is dangerous for both babies and their mothers.

From the seventh to the ninth week of the “interesting position” the cat is going through the most crucial period. The intrauterine development of her cubs is being completed, the weight of each of them reaches an average of 100 g, the length is up to 8 cm. The bodies of the kittens are abundantly covered with wool. They are active, constantly moving, because of which the sides of the expectant mother move noticeably. It becomes obvious that the cat is experiencing discomfort due to a heavy belly. She tries to lie down longer, runs to the toilet more often, does not show increased interest in food, rejecting even her favorite treats. A week before giving birth, she begins to slightly secrete immature milk (colostrum), which dries up in the nipple area.

Approximately 3-5 days before the kittens are born, the cat begins to show obvious anxiety, looking for a secluded corner where she could “twist” a cozy nest. The owners can help the pet solve this important issue by buying or making a soft, comfortable bed that would accommodate the entire cat family. On the eve of childbirth, the kitty begins to actively lick, her pulse quickens, trembling occurs. She follows the owners on the heels, not wanting to be left alone. At such a time, she especially needs affection and attention, benevolent instructions. Households should not show nervousness, as negative emotions will only increase the anxiety of the animal.

The bearing of kittens ends with childbirth. The process can take from several hours to days. If during this period the cat has not been able to calve on its own, the help of a veterinarian will be required. Difficulties during childbirth are often caused by the fact that the owners fed the pregnant animal, which is why the kittens were too large.

It is important to know that a cat can also have a false pregnancy when she thinks she is carrying kittens. This pathology is caused by hormonal disruptions, which, in turn, are due to various reasons, including unsuccessful mating, diseases of the reproductive system, stress, and individual predisposition to such a factor.

It is difficult to distinguish a false pregnancy from a real one, because the external signs in both cases, at first glance, coincide. With an imaginary pregnancy, the behavior of the animal also changes, sensitivity increases, appetite increases or decreases, colostrum appears. The cat may be looking for a place for the intended birth.

You can suspect a false pregnancy by noticing that the pet’s belly has sharply increased and sagged, as if the time for the birth of offspring has come up. In a cat that actually bears kittens, the stomach swells gradually. In addition, kitties who imagine themselves pregnant often suffer from gastrointestinal upset. If you notice such signs, go to the veterinary clinic, where you can find out with the help of ultrasound detectors whether the cat is really preparing to become a mother. 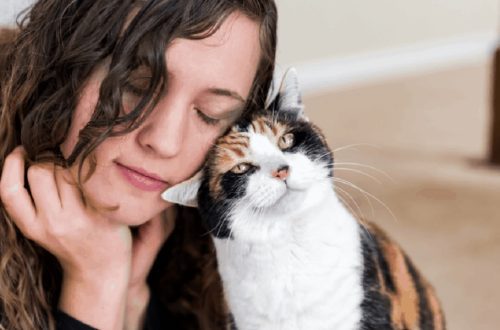 Why do cats butt and rub their heads? 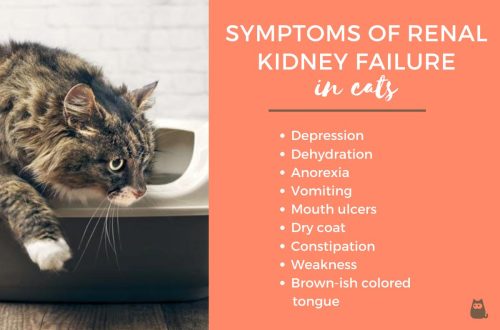 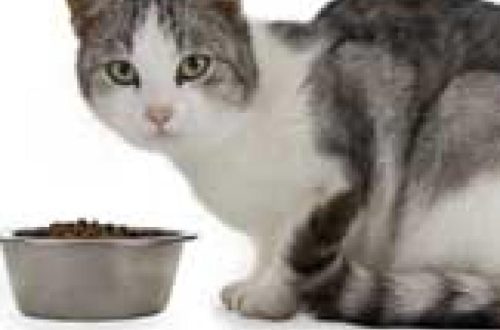 Heart disease in cats: how to eat right