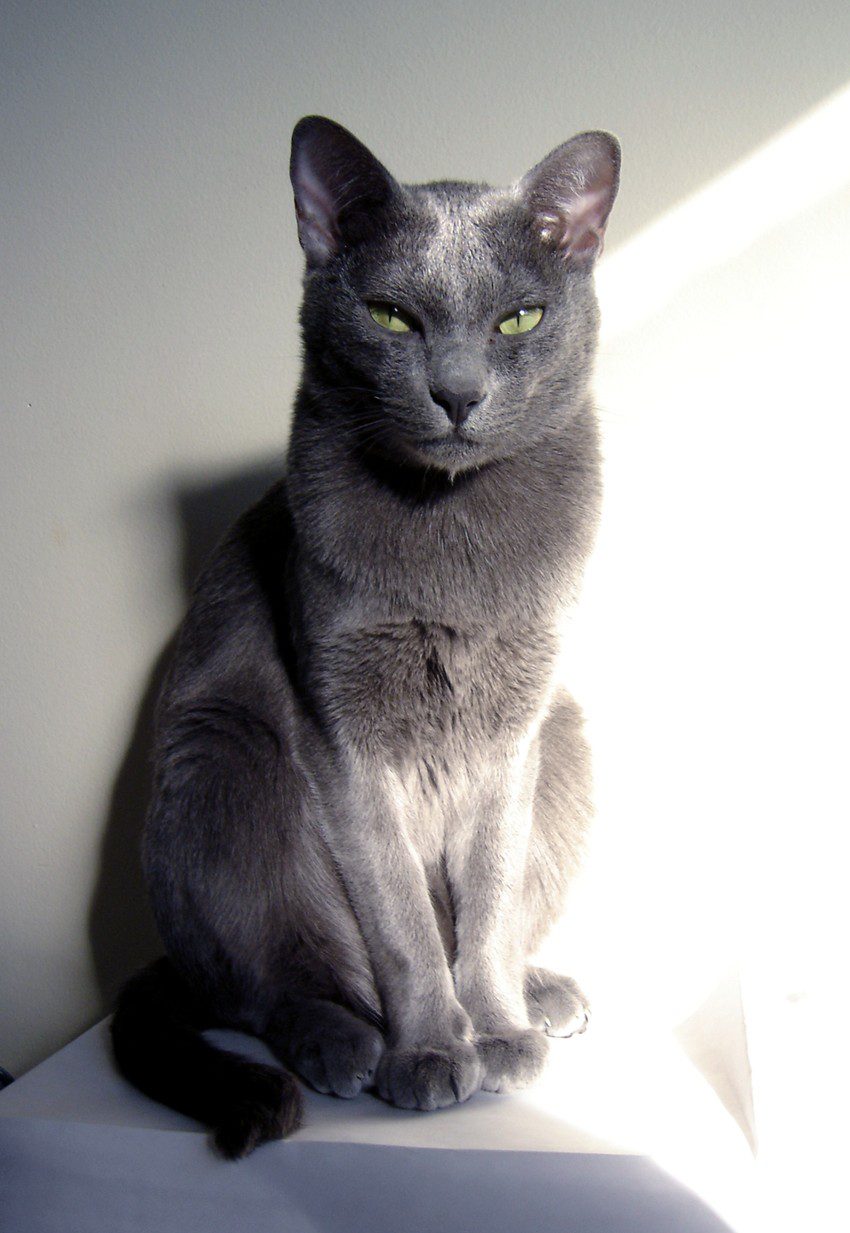 The Korat is a Thai domestic cat breed that is surrounded by many traditions. They have a beautiful blue coat and olive eyes.

The Korat is a breed of domestic cat of small size, blue-gray fur, playful and attached to people. Very jealous; excellent parents; one of the few pure breeds, that is, not artificially bred by man. They are similar in size and color to the Russian Blue cat, however, the fur of the cats is single rather than double, and the color of the eyes is olive green. For cats of this breed, both demanding and persistent nature and large expressive eyes are characteristic, giving the muzzle an innocent expression. Korat cats are considered a symbol of good luck and symbolize wealth.

Korat is a very ancient breed from Thailand, named after one of the provinces of this country. Thais consider korat sacred, do not sell or buy it, but only give it.

There are many stories, beliefs and customs associated with it.

The cat of happiness is what they call the Korat in their homeland. Often, a female and a male Korat are presented as a gift to the newlyweds: Thais believe that they will bring happiness to the newlyweds’ house.

The rite, which calls for rain, is not complete without the participation of this cat. During it, the monks with a Kor tom in their hands go around the houses of all the inhabitants of the community. It is believed that the family whose land the cat irrigates will not suffer losses due to drought. To do this, you need to meet the cat as friendly as possible.

The image of a korat in Thailand can be found at every step – the importance of this breed in the eyes of the inhabitants of the country is so great and their belief that the korat really brings happiness is strong. By the way, among the exhibits in the National Museum there is a manuscript of the 19th century, which lists the breeds of cats that bring happiness and misfortune. Korat is on the list of cats that bring happiness and good luck.

The first mention of the korat is attributed by some sources to the 14th century, others to the 18th century, but in any case it is clear that the breed is ancient. And thanks to the striking resemblance to the distant wild ancestors of the jungle, not lost over the years, the Korat is one of the purest breeds.

Cats of the modern breed came to the American continent in 1959, and already in 1966 it was registered by the ACA and CFA. In Europe, and more precisely in Britain, Korats appeared in 1972, they were recognized by the International Federation in 1982. It is clear that the vast majority of cats of this breed are in the USA, and they are impeccable, since this state has very high and uncompromising requirements regarding obtaining pedigrees for korats. Breeding is also practiced in countries such as Canada, Britain, New Zealand, Australia, and South Africa. But the total number of individuals is not too large, this is one of the rarest breeds in the world.

These are affectionate, gentle, simply charming cats, they sincerely love their owners, they are sad in separation from them. They demonstrate their love and devotion every day. Smart enough, they are interested in everything: nothing escapes their attention. Active, but not very mobile. Contact, love society, cheerful, most of all they need the attention of their beloved owners, they love to climb on their knees and enjoy caresses.

Talkative, and they know how to choose the right intonation and convey the meaning to the listener. Those who had the good fortune to keep a korat at home claim that speech is not always important – everything is written on the korat’s muzzle, you can always guess what the cat wants to tell you.

Sociable korats can hardly stand loneliness, so extremely busy people should not get cats of this breed.

Korat wool does not need careful care – it is short, has no undercoat, does not tangle, so one brushing a week is enough for an excellent condition of the coat.

Nature gave the korat pretty good health. However, a cat can become ill with a deadly disease – atelosteogenesis of the first and second types, the occurrence of which is associated with genetic mutations. True, if the gene is inherited from only one parent, cats survive, but become carriers of the defective gene.

Puberty does not occur soon in the Korat – at the age of five years.

Korats love to be close to the owner, and when organizing a place for a cat, you should take this into account. The ideal option is to put a special house for sleeping in the master bedroom. So the cat will feel safe. 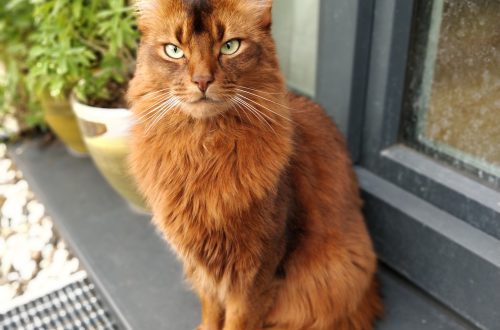 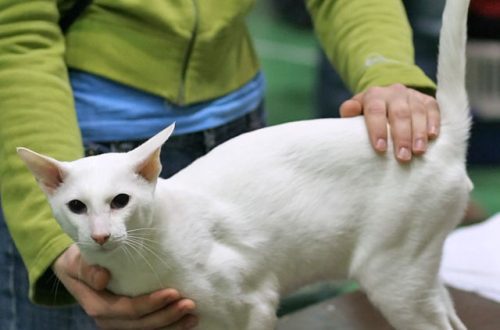 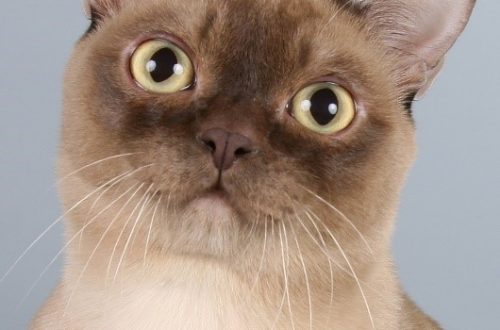