An almost perfect picture is of a man and a dog walking beside him on a leash that is slightly sagging, but not touching the ground. It immediately becomes obvious: this dog has already realized that it is much more comfortable to walk side by side with the owner than to uncontrollably pull ammunition and suffocate. It is not for nothing that a saying was born among cynologists: “Properly walking a dog on a leash is the same as walking with it, holding hands.”

The owners of the dogs, constantly pulling, pulling the leash, almost run after their pupils, cursing and dreaming that the walk would end as soon as possible. Usually, in the understanding of such owners, walking a dog on the street is necessary only for the sake of its natural needs. However, the dog himself is counting on something more. He wants to warm up, catch up with a cat running in the distance, communicate with relatives, sniff the marks left by them or show interest in the opposite sex. Almost all whims can be allowed for a walk without letting your pet off the leash. The main thing is that the owner knows how to use the ammunition correctly, and the dog himself does not ignore the commands. 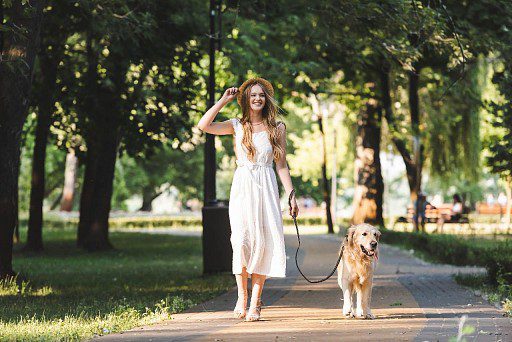 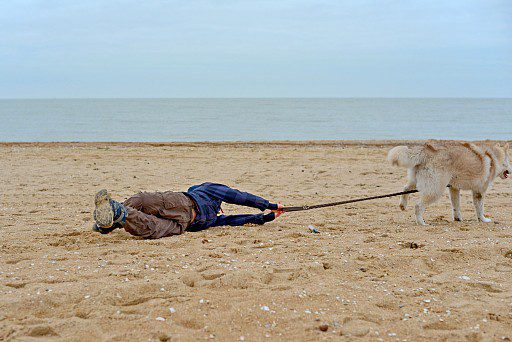 If an adult dog tries to pull hard on the leash, the person is usually to blame. The owner of such a pet should remember how, as a puppy, he behaved on the first full-fledged walks. Surely, the pet was rapidly running forward, pulling and pulling the leash. Of course, I didn’t want to interfere with the baby’s desire to explore the unknown world, and he was allowed to choose any routes, turn right, left, or go wherever he pleases.

Indulging the desires of a playful dog, the owner himself determined his behavior on the street. The puppy is used to pulling, tugging on the leash and has come to terms with the discomfort caused by the inevitable pressure of the collar on his neck. For students, this has become the norm. It is curious that, having matured, such a dog, if unfastened from the leash, may well obediently walk next to the owner, fulfilling all commands. But it is worth fastening the pet again, and he will take up the old – he will begin to habitually pull the leash.

If an adult dog does not know how to walk correctly in ammunition, the owners themselves may suffer. For example, trying to keep a large dog on a leash, a person sometimes gets injured fingers, hands, dislocation of the shoulder joints. Fragile or elderly women who walk massive pets that pull hard on the leash often let it out of their hands. In this case, the dog can run away and cause trouble to himself and others. In addition, the dog, zealously pulling the leash, often coughs and wheezes from suffocation, for him there is also a risk of injury to the neck and trachea. The psyche of the pet also suffers.

The owners, who missed the right time to teach the dog to walk correctly in ammunition, have to re-educate it – wean it constantly and strongly pull the leash. However, it is much more difficult than primary training. There are various approaches to re-educating a pet – harsh, radical or loyal. Training methods also differ, they can be isolated or complex – depending on the breed, size, age, temperament of the dog. In some cases, owners have to seek help from cynologists, training instructors. 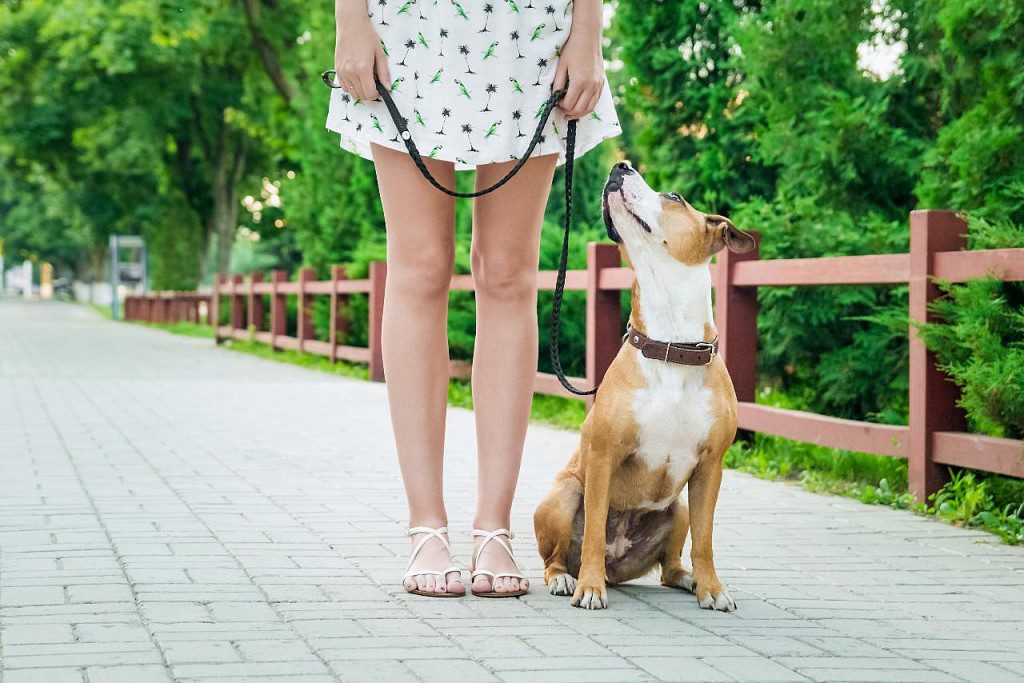 Obedient dog next to the owner

Reasons why a dog pulls on a leash

On a walk, the dog pulls on the leash, not only because of a lack of education. A lot of it has to do with instinct. In addition, the dog moves faster than the person. By pulling on the leash and dragging the owner along, the dog asserts itself, feels like a leader. After all, if the pet runs ahead, he chooses where to turn, then he is the main one. This position is typical for stray dogs, wolves. The packs of these animals are led by alpha males, leaders, and the rest are already following them. This pattern of behavior is also inherent in domestic dogs. There are other reasons why a dog starts to pull on the leash. 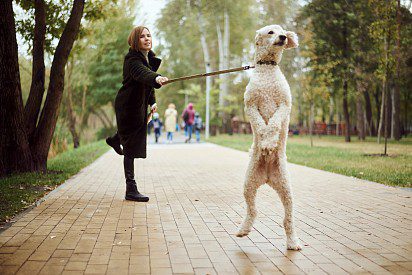 It is quite difficult to wean representatives of hunting breeds from pulling the leash, which have a pronounced stalking instinct. Once on the street, the dogs stick their noses into the ground, take the trail of any animal and rush in the chosen direction, dragging the owner behind them.

Working dogs stand apart: draft, sled, guide, search. Such animals are specially trained. For example, guides and bloodhounds pull the leash to give a signal to a person. 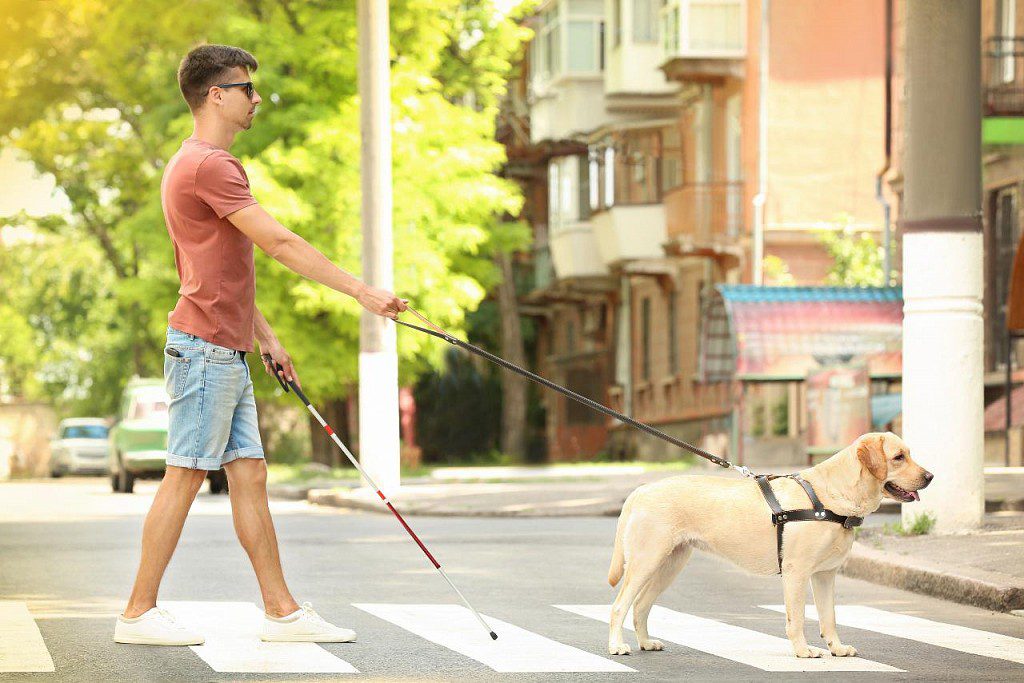 Approaches to weaning a dog to pull on a leash

Owners have different approaches to adjusting the behavior of their pets. Some dog breeders use radical methods, using a strict collar, a jerk chain during training of an adult. Such an accessory is only suitable for raising representatives of large and a number of medium breeds. When the dog begins to pull on the leash, he experiences pain and, accordingly, he loses the desire to continue such actions.

However, it is worth considering that in some breeds of dogs the pain threshold is lowered, and they are quite capable of ignoring discomfort. In addition, a pet can hold a grudge or even anger at the owner. In order not to lose the trust of the pet and not feel guilty before him, it is better to entrust training that is extremely unpleasant for the dog to a professional instructor – especially if your pet is characterized by aggressive, dominant behavior.

It is also not recommended to pull a dog in a regular leash, as the owner and the animal may find themselves in a vicious circle. The dog begins to pull on the leash, and the owner begins to besiege it with an increased jerk. The pet understands perfectly well who the pain comes from, and tries to move away from the person, pulling the leash with redoubled force.

Passive training of ill-mannered pets with the help of a halter (halti) is not very effective either – this is what a bridle collar is called. This ammunition covers the pet’s face, limiting its movements as much as possible when trying to pull the leash. But with this approach, the dog does not learn anything.

The best answer to the question of how to permanently wean a dog from pulling on a leash is to use motivational methods during training. Such an approach will form the correct skills in the pet and allow the owner to maintain his trust. 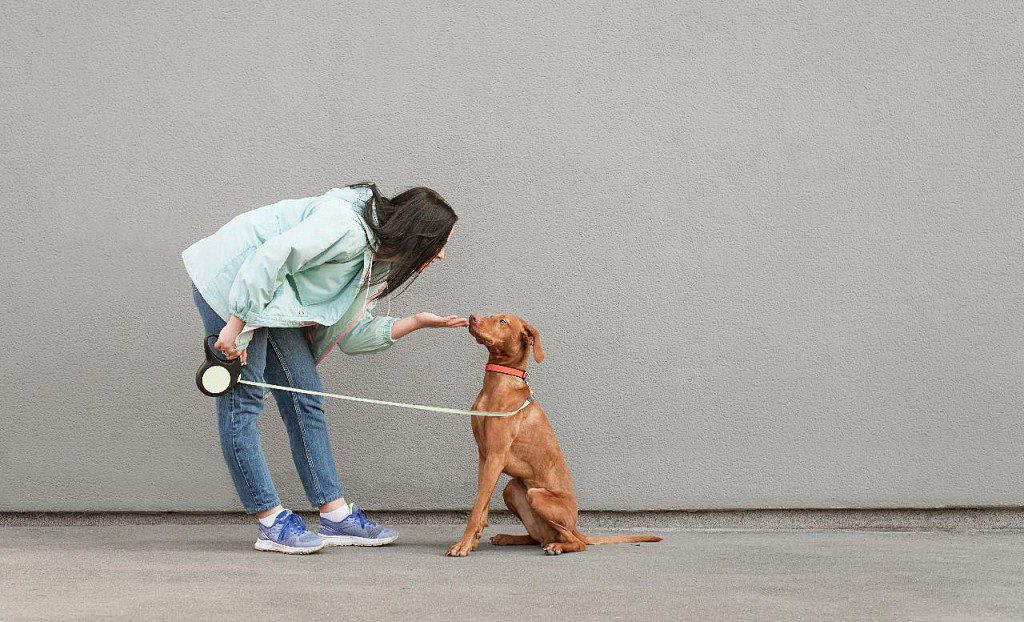 In order to wean an adult dog to pull the leash and teach it to calmly walk beside you, you need to remember the following rules:

The pet may not immediately understand what they want from him, but after 3-4 lessons the first results will already appear. With a systematic approach to training a dog, depending on its breed, character, age, it will take from 2 weeks to a month to learn how to walk calmly on a leash. 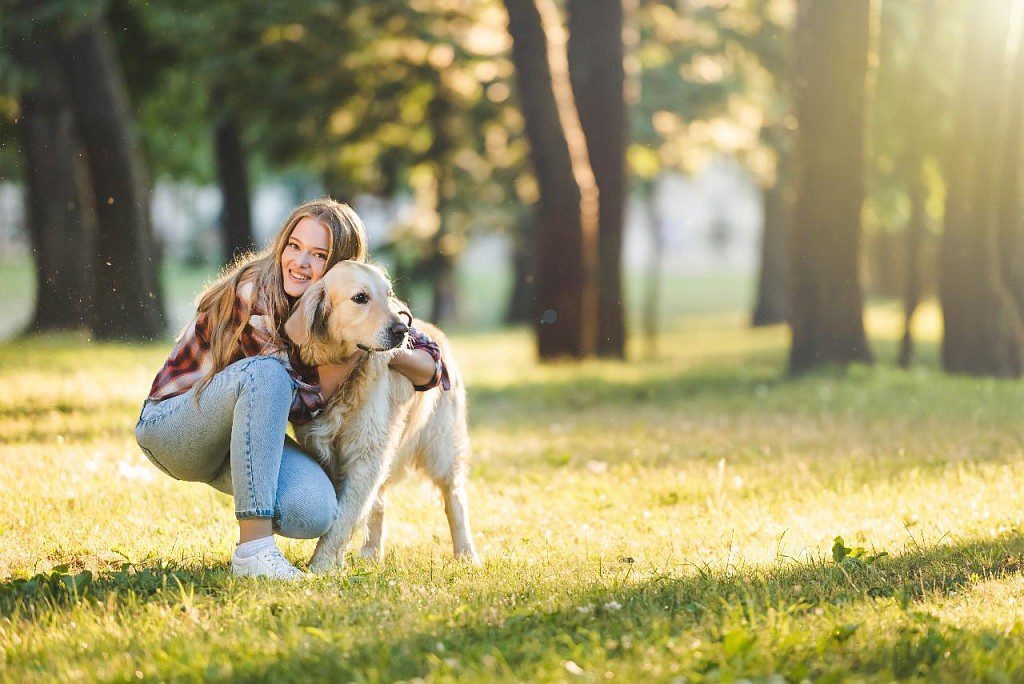 The praise of the owner is the best motivation (after the yummy, of course)

Before training with a dog, the owner should double-check all of its ammunition. Incorrectly chosen accessories will surely prevent the animal from learning its lessons. In order to put your pet under control, you will need several items.

There are several motivational approaches to weaning an adult dog from pulling on the leash. All of them will require patience, perseverance and time.

The owner chooses the pace

Going out into the street, an ill-mannered dog usually immediately pulls on the leash in anticipation of the opportunity to run around, explore the territory. You can let your dog take you along the route he has chosen, but at the same time adjust the pace of movement. As soon as the pet begins to tighten the leash strongly, the owner should stop and freeze in place, without giving the animal any commands or talking to it. A puzzled dog will most likely approach the person, which means the leash will sag, the pressure on the neck will ease. Then you can give the command “Forward!”. Smart pupils will soon learn: when the collar puts pressure on the neck, the owner stands, and it is impossible to move on. And if there are no such sensations, then you can continue the walk.

True, not all dogs draw the right conclusions. Some especially stubborn pets may not approach the owner for quite a long time, expecting that he will nevertheless budge. And if the pet also belongs to a large breed, then a person may simply not physically resist the pressure of the dog and doomedly drag along after him. 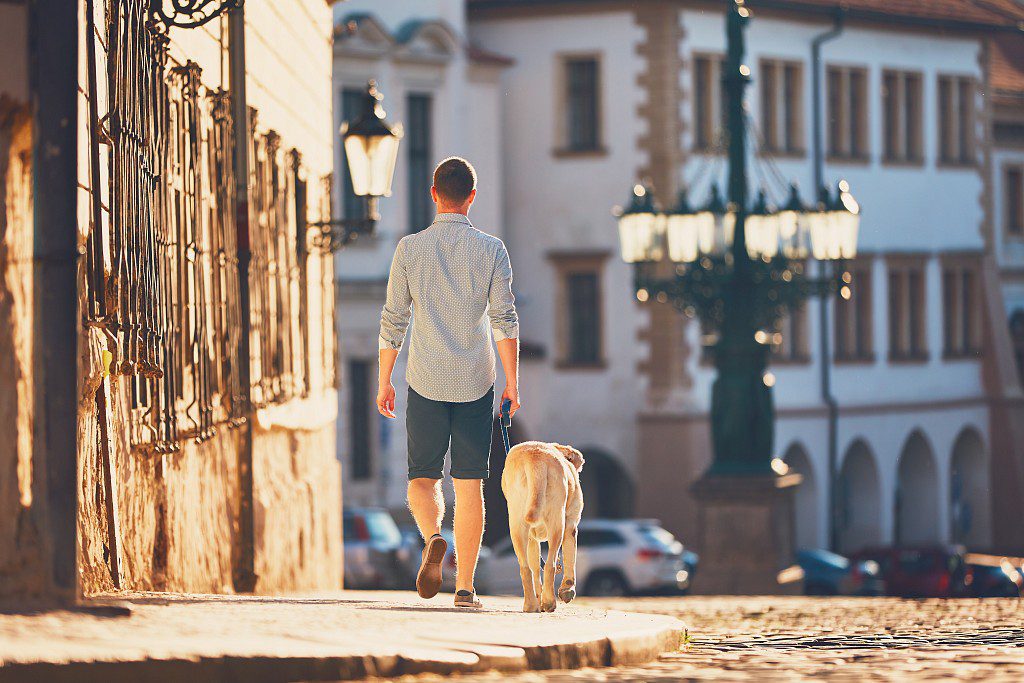 The dog must walk at the pace of the owner

Owner is in charge 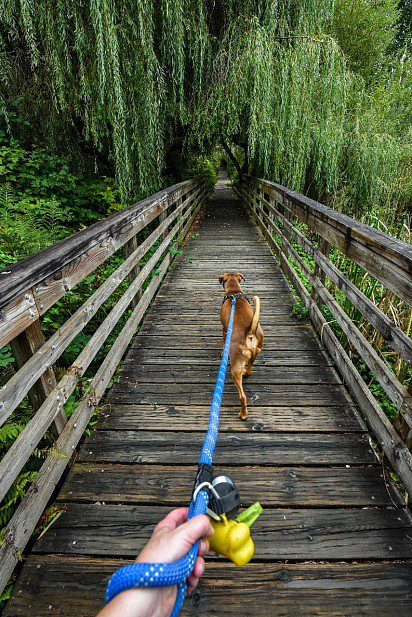 If the previous method does not work well and the dog continues to pull on the leash despite constant stops, the lesson is modified. As soon as the dog pulled the owner, he needs to stop, shout loudly or whistle. After the pet has reacted to the sound, you should abruptly change the route chosen by him, turning, for example, in the opposite direction. Thus, the person forces the dog to follow him. Reception with a cardinal change of direction must be used every time the pet pulls the leash. Having figured out what the matter is, the dog is likely to give up the bad habit, since its plans will be constantly violated.

You can teach a dog to pull on a leash with conditional penalty points.

This game is repeated in the next lesson. 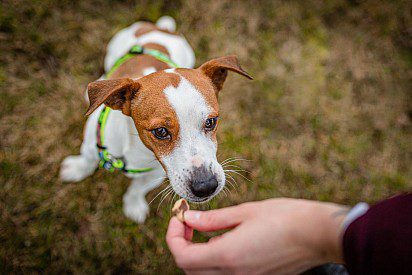 Dog activities may be accompanied by rewarding treats. This technique usually shortens the training time and reinforces the results of the lessons. The dog receives a delicious reward when he obeys commands and stops pulling on the leash, moving closer to the owner.

If your dog is accustomed to clicker training, it can be used as a substitute for treats or combined with them. In the process of weaning the dog to pull on the leash, the rewarding clatter of the clicker should be heard as soon as it assumes the correct pace of movement. Thus, the pet gets used to the following pattern: if the leash sags during a walk and the collar does not press, you should expect treats and sound rewards. Otherwise, you will have to forget about bonuses. 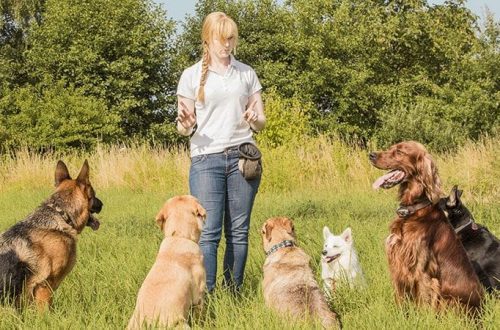 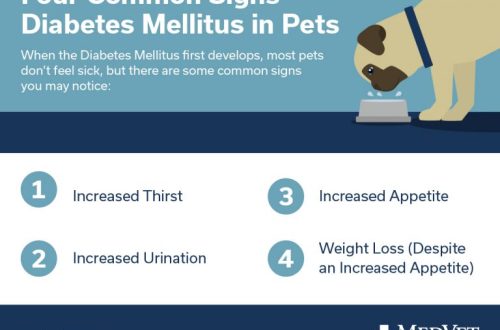 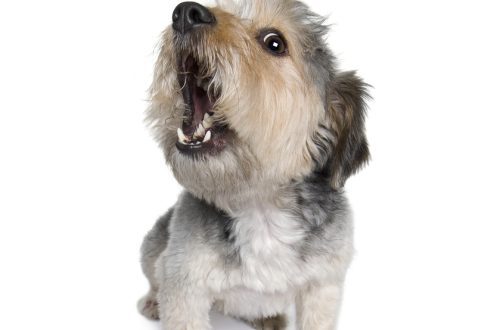