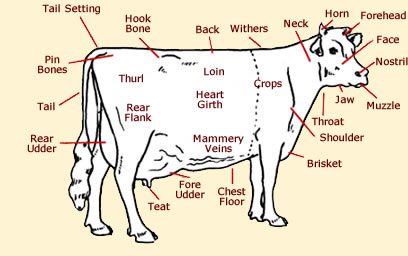 Cow’s milk is a source of calcium, a storehouse of vitamins and various nutrients. Milk from the store should not even be compared with the product from a cow. It is because of its beneficial properties that cow’s milk is much more expensive than non-natural products in tetra packs. Milk from a domestic cow spoils very quickly, and this indicates that such milk is an absolutely natural product.

A large udder is not a guarantee that this cow will have more milk. Most likely in it contains more fat cells. And milk is formed due to the glandular mass, which is contained in the udder.

And even the number of teats cannot guarantee a certain milk yield. However, in order to be sure of the quality of milk produced by a cow, it is worth knowing how many nipples a cow has, what shape, location and their direction.

Features of the cow’s udder

The udder of a cow comes in five forms:

All cows are different, so their udders, and, in particular, teats, differ from each other:

Number of teats in a cow

For milking, it does not matter at all how many teats are on the udder. However, for farmers, this is a matter of principle, since a special milking machine has four bowls for the corresponding number of nipples.

As a rule, each cow has four nipples, but there are also five and six. Such additional organs are located on the back half of the udder, between the back and front, next to the usual ones, or on the teats themselves. Accessory processes can be with a well-developed mammary gland or underdeveloped, with hardly noticeable rudiments of it. Therefore, they may or may not function at all.

Once such extra nipples said that a cow has a lot of milk. Today, appendages are considered undesirable because they are one of the causes of mastitis in cows. Especially if they have their own mammary gland.

In addition, additional organs tend to fuse with the main nipples, which leads to a narrowing of the cistern of the process and the canal, and this leads to difficulty in milk flow.

Such nipples are inherited from generation to generation, both from father and from mother. Cows that are purchased for milking are carefully examined for the presence of additional organs. And those who are engaged in specialized breeding of cows carefully select producers so that the offspring are flawless.

It happens that an animal has only three nipples, however, this is an anomaly.

Location of milking organs on the udder of cows

With more developed mammary glands, the nipples are located at equal distances from each other and form a kind of square.

If the udder contains a lot of fat, and the glandular mass is poorly developed, then the organs seem to be collected in a heap.

There is such an arrangement of processes:

When cows are milked using a milking machine, the close nipples – less than six centimeters apart – make it difficult to put on cups. And with widely spaced processes – the distance between the ends of the front is more than twenty centimeters – they bend under the weight of the glasses, which slows down the milking process. The optimal distance is:

It is important that the skin of the nipples is perfectly smooth. And after milking, it gathered well in folds on the udder.

If vessels and veins are strongly highlighted on the udder, then this indicates a good addition and circulation of milk.

The size and shape of both the udder and the teats tend to change. It depends on the:

In a cow after calving, after two to three months, the mammary glands develop, become larger. Later, the dimensions become smaller, and the functioning decreases. The udder becomes larger and changes shape until the fifth or seventh lactation. Then, due to the aging of the body, deterioration occurs.

Organs for milking are:

Teats of cylindrical or slightly conical shape are the most preferred among farmers. Pear or bottle shape, as a rule, are acquired, not inherited. And the pencil-shaped and funnel-shaped forms are a hereditary phenomenon, while they do not change under the influence of various environmental factors and age-related changes in the cow.

Proper milking contributes to the ideal shape of the cow’s teats. It happens that milkmaids tear off teat cups even before the vacuum is turned off, and during manual milking they make sharp and jerky pulls, or they strongly stretch the organs when milking with a pinch. That is why the udder sags, the processes stretch or become pear-shaped.

Also, with inattentive milking by the machine, late removal of glasses from the cow’s organs, the shape and even the production of milk are disturbed. If there is milking in vain, then the vacuum harms the nipples, irritating them or destroying the integrity of the nipple cover and inflaming the mucosa.

When sucking the udder of heifers or cows, also deformation may occur.. The processes will stretch, expand at the base, take on a bottle shape.

The length and thickness of the nipples become larger with age. But very short and thin ones usually cannot reach the optimal size for milking.

The direction of the teats in a cow

In their direction, these organs are very different. The directions of the processes of the udder of a cow can be both acquired and congenital. There are nipples:

The organs of the cow, for optimal milking both with the help of the machine and manually, should be pointing down.

The most high-quality milk will be given by a cow that has an udder spread far forward and backward, wide and deep, it should fit snugly against the belly with a glandular udder with identical and well-developed quarters.

The animal must have strictly four well-developed organs without additional processes. The nipples should be cylindrical, slightly conical, set wide apart and pointing straight down. 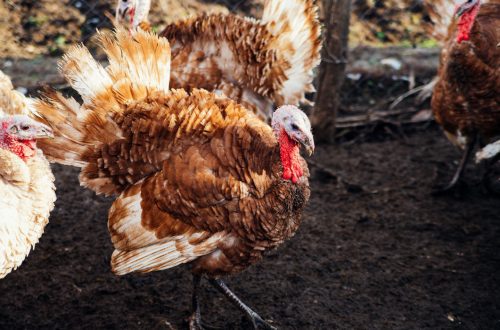 How to grow strong and healthy turkeys, what to feed – advice from experienced poultry farmers 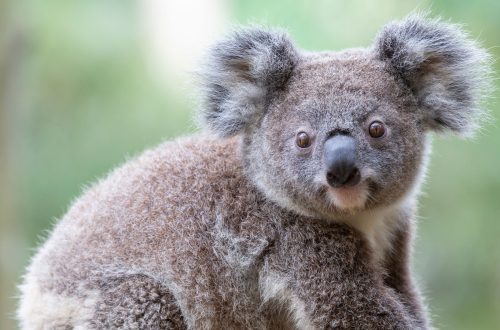 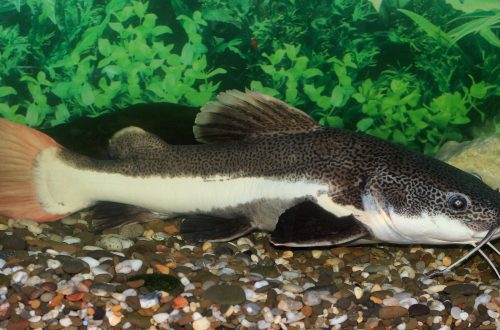