Karvattomat koirarodut… They cause standing ovations at exhibitions and receive top prizes at competitions for the ugliest dogs. They are turned on by both thirsty outrageous and calm couch potatoes. Passers-by look after them with admiration and sympathy: “The dog will freeze…”. With a bald dog, you will always be the center of attention!

It is surprising that the breeds of these unusual dogs have survived to our times in almost unchanged form. Cynologists suggest that the first bald dogs appeared on the territory of the African continent, because only a hot climate can somehow explain such a coat mutation. The question of how they later got to Mexico and Peru remains open to this day. There was a beautiful legend among the Toltec tribes. Once a dog found a lost baby in the forest and, trying to warm him up, threw off all his hair. Grateful parents of a human child sheltered an animal. And the gods, seeing such disinterestedness, made these dogs naked forever in order to tie them to a person. That is why in almost every litter of bald dogs a fluffy puppy is born, ready at any moment to share its fur with freezing ones.

Mystically inclined lovers of this breed do not exclude the version of the alien origin of bald dogs , they say, only guests from another planet could give humanity such a reverent and loving creature. The same Indians believed that after the death of the owner, the dog would accompany him in the world of the dead and testify in his favor before the gods in order to alleviate the fate. The Toltecs had a tradition of burying pets with their owners.

The next country on the big dog trip was China. Mentions of hairless dogs somehow crossing the ocean date back to the Han Dynasty. Chinese merchants began to export animals to other countries. A vivid evidence of the popularity of bald dog breeds in the 15th century is the painting “Christ Crucified on the Cross” by Gerard David. In the foreground, an absolutely naked dog with a tuft and a tassel on its tail flaunts! 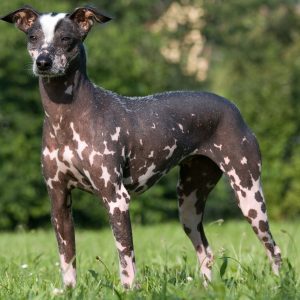 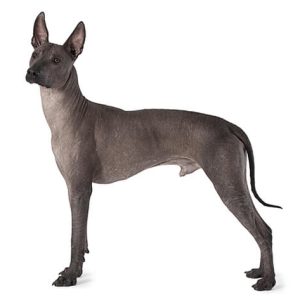 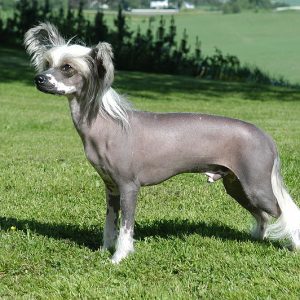 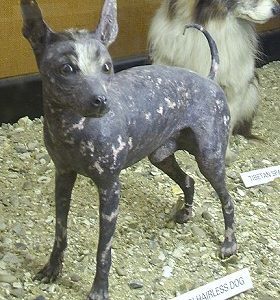 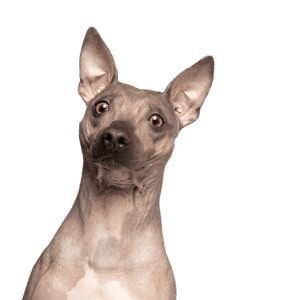 Bald dog breeds have a non-standard memorable appearance. The absence of the need to collect pet hair around the apartment is the first thing that their owners rejoice at. Although the list of hairless dogs consists of only a few breeds, each of them deserves attention. It seems that, left without hair, pets seek protection from a person, they are so devoted, affectionate, gentle and in need of attention. When you touch a naked dog, you get the feeling that it is warmer than its furry relatives. However, in fact, this feature is due to the fact that body heat is transferred through the skin directly, without passing through the layer of wool. To find out the name of the bald breed, see photos, and also get acquainted with its detailed description, a selection from Lapkins.ru will allow.

Exotic animals without wool have been admired since ancient times and revered as sacred. Interestingly, hairless dogs appeared on different continents, but have significant genetic similarities. The dominant FOXI3 gene is responsible for hairless skin. It causes ectodermal dysplasia and can also occur in other mammals. Outwardly, this is expressed in the presence of sparse residual hair instead of wool and dental anomalies, ranging from an incomplete row to the absence of teeth.

The most popular bald breed is the Chinese Crested , first mentioned 2,000 years ago. These dogs are not completely hairless: the hair grows on their head, forming a tuft, on the tail and limbs below. Little “corydalis” easily get along with cats and other pets, adore their owners, but will not tolerate loneliness. Few people know that the breed also has a subspecies with wool, and both hairless and downy puppies can be born in one litter.

The birthplace of the next bald dog breed is Mexico. The history of the Xoloitzcuintli dates back 3,000 years. Hairless dogs selflessly served the Aztecs: they participated in rituals, treated diseases, and were even eaten. Mexican hairless dogs become good-natured and rather restrained pets. The price of a hairless dog will be high due to its rarity.

South America has its own hairless representative –  Peruvian hairless dog , who lived on the mainland long before the founding of the Inca empire. Pets with tufts on their heads are distrustful of others, but for their owners they become best friends, trying not to leave them a single step.

The fourth hairless breed is the American Hairless Terrier . Dogs are fundamentally different from other hairless breeds: puppies are born with soft fur, which they lose during the first molt. The lack of hair is caused by a recessive gene, so they don’t have dental problems. The breed was bred in the 1970s in the United States and has not been recognized by the International Cynological Federation until now.

Hairless breeds of dogs require no less care than animals with a standard exterior. Their sensitive skin needs to be protected from the cold by dressing the pet in dog clothes. Direct sunlight is also harmful to hairless dogs, so SPF creams are applied to their skin. Do not forget about the periodic use of moisturizers. Partial absence of teeth imposes restrictions on nutrition: food should be soft and easy to chew. Bathing bald dogs is infrequent and careful, as water dries the skin, and drafts provoke colds.