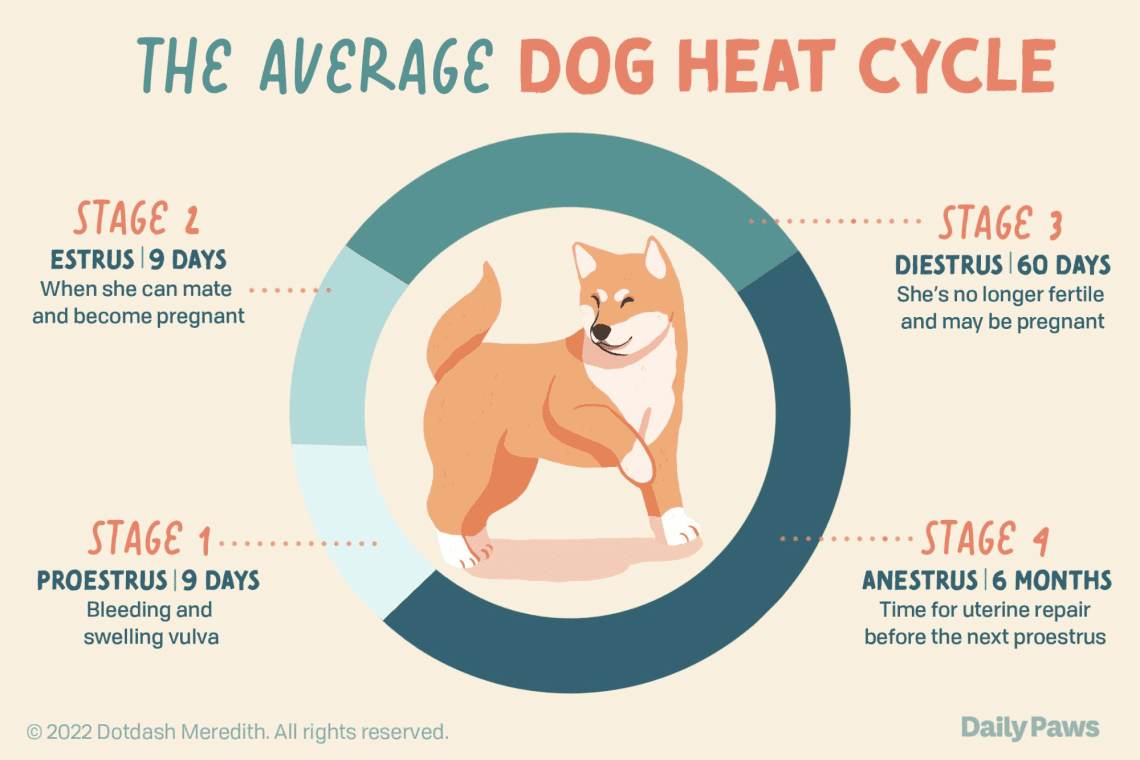 When does estrus begin and end?

It will not be possible to answer exactly when estrus begins in dogs, since the body of each animal is individual. Moreover, puberty depends on the constitution of the dog, breed, conditions of detention (nutrition, temperature conditions, etc.). In most cases, estrus (or pustovka, estrus) occurs after the teeth change, at the age of six months to a year.

Attention: if in the future it is supposed to receive offspring, then the owner needs to carefully consider the first oestrus in order to know which estrus to breed the dog. The first mating takes place on the 3rd space.

Sometimes owners wonder when a dog’s heat stops. Estrus continues throughout life and does not end at any particular age. By old age, periods of rest increase, the frequency of emptying per year decreases, but the dog is still capable of conceiving and giving birth to puppies.

What are the symptoms of estrus

You can determine the onset of estrus by a number of signs:

The loop swells, the discharge is noticeable, dark in color. The animal draws attention to the opposite sex, but does not allow it to itself.

The discharge changes color to pinkish. The dog takes the appropriate instinctive posture when a male appears, stroking his back. Allows a dog to itself.

The swelling of the loop disappears, the discharge stops. The dog becomes calmer.

How long does estrus last in a dog?

It is possible to determine how many days the estrus lasts in a pet by observation, since the data can vary significantly in different animals. On average, the duration of the vacancy varies from 20 to 30 days. The shortest is the first estrus, the duration of which can be about a week. In this case, the owner requires increased attention to the animal in order to be able to plan mating in the future.

Differences in estrus in different breeds

Features of estrus in dogs are due to the belonging of the animal to a particular breed. So, if the dog is large, then the first vacancy may be up to 13 months or more, while in representatives of small breeds it comes earlier.

Estrus in large bitches lasts longer than in small dogs. And the intensity of secretions in the latter is more pronounced than in large counterparts.

Allocations during estrus are due to changes in the hormonal background, and are the norm. In the first phase of the cycle, they are bloody, they can have different intensities – from insignificant, subtle, to abundant. The appearance of a smell is also considered normal, but it should not be too harsh. A few days later, in the second phase of the cycle, the discharge becomes lighter, and then completely colorless.

Experts advise to teach the dog to lick the discharge from the first estrus. You can buy special panties for your pet. If the animal flatly refuses “underwear”, it is better to remove the carpets from the floor in advance, and cover the furniture with a cloth.

General condition of the dog during estrus

A dog during estrus experiences hormonal stress, which is manifested in a change in its general condition. Most of the manifestations are normal, and disappear as estrus stops.

Each animal reacts differently to changes in physiology. Some dogs become overly affectionate and friendly, others fall into a depressed state (howl, whine, avoid others), others, on the contrary, begin to show aggression towards their fellows, other animals, people.

Most often, a violation of appetite manifests itself in “whims”: the dog chooses what to eat, eats less than before. Some bitches may refuse food altogether. Experts do not advise forcibly feeding an animal, since its entire body during estrus is aimed at conceiving and bearing puppies. Gradually appetite will return to normal.

It is quite common for dogs to have a rise in body temperature during vaccination. It is considered normal to increase it by up to 0,5 ° C. If the thermometer reading is higher, contact your veterinarian.

Due to the high level of estrogen, the innervation of the sphincter of the bladder decreases. The result is the involuntary release of urine. Incontinence goes away when the dog’s hormonal background returns to normal.

Features of the first heat

The first estrus in dogs can go unnoticed: the discharge is little pronounced, the duration is not long, changes in behavior may stop suddenly, and the release of the egg may not occur. At the same time, the owner should mark such a space for further mating planning.

Other symptoms will help determine if you are in heat or not. For example, the dog will often sit down to urinate, lick the loop. Even before the onset of estrus, slight purulent discharge from the genitals is possible, which are considered the norm. With a careful attitude to the pet, you can also notice “oddities” in behavior.

Sometimes the first estrus proceeds with little or no obvious signs. However, fertilization is quite possible, so you can’t relax: you need to carefully monitor the dog, do not let go of the leash.

Regarding vaccinations for a dog during estrus, opinions are ambiguous. Some experts claim that it is possible to vaccinate an animal during this period. The procedure does not harm health, and estrus does not affect the development of immunity to any disease.

Others, on the contrary, argue that additional exposure to the body is undesirable during the emptying. It is believed that the animal’s immune system is weakened at this time, which can lead to unpleasant consequences.

The conclusion whether to vaccinate or not should be made by the owner together with the veterinarian. In this case, many nuances should be taken into account, for example, the state of health of the dog, chronic diseases, features of estrus, and others.

When is the best time to knit?

It is recommended to knit a dog starting from the 3rd cycle. During the first estrus, fertilization can also occur, but the dog’s body is not yet fully ready for bearing. The best age is considered 2 years.

To determine the day of estrus on which mating can be carried out, the owner needs to know the date of its onset. The period from the 11th to the 15th-16th day is considered the most favorable. Also, at present, in veterinary pharmacies and clinics, you can purchase a special test that shows ovulation.

Many questions arise among dog breeders regarding the sterilization of the animal and estrus. Is it possible to carry out the intervention if the dog is in heat? Experts do not recommend doing the operation during this period – you must wait until the end of the emptying. You can sterilize the bitch 14-20 days after the end of estrus.

Another question: can there be a heat if the dog is sterilized? With complete sterilization, when the ovaries and uterus are removed from the bitch, oestrus does not occur. If, during the operation, the pipes were only cut or part of the ovary was left (accidentally or intentionally), estrus with all its manifestations remains.

The onset of estrus after childbirth in a dog can be expected in about 120-150 days. This period depends on the number of puppies born and the duration of their feeding. Sometimes it takes up to 6 months or more. Manifestations of estrus after the birth of puppies are the same as usual. It is not recommended to carry out mating, since the animal’s body must recover.

It manifests itself in young dogs and is characterized by the absence of ovulation with obvious manifestations of pustovka. Mating the dog at this point will not lead to fertilization, since the egg is missing. A special “sign” of false estrus is its abrupt cessation. Such estrus is within the normal range and does not pose a threat to the health of the dog.

This type of pustovki in dogs also refers to normal phenomena, although rarely observed. Latent estrus is characterized by the absence of secretions. However, the egg matures and leaves the ovary, so in case of mating, fertilization will occur.

With hidden estrus, the dog must be shown to the veterinarian. In some cases, it is a consequence of disorders of the thyroid gland – hypothyroidism. With this disease, not only discharge, but also other signs of estrus may be absent.

Anxiety during heat: what to do

Sometimes changes in the behavior of the pet during estrus lead the owners into a state of shock. The dog may howl, mark walls, furniture, whine, not listen to commands, and so on. It’s useless to scold her. Experienced dog breeders have developed several ways to help calm the dog during estrus.

The last option can have two directions. The first is to use hormone-based products, the second is to give the dog a herbal preparation. Among the hormonal agents that directly affect estrus, one can note the Sex Barrier, Sex Control. From vegetable preference is given to motherwort or valerian.

Does the stomach hurt during estrus in dogs

Often dog breeders are interested in whether the dog experiences pain during estrus? Fears are caused mainly by the restless behavior of the pet, whining, lethargy, apathy. The opinions of experts on this issue differ. Some believe that human sensations should not be attributed to the animal, others recommend giving an antispasmodic, for example, no-shpu. In any case, if the dog does not allow you to touch the stomach, squeals at the same time, often hides and whines, it is worth taking it to the veterinarian.

How to control your dog during estrus

In order to prevent accidental mating, to avoid health problems, to get healthy offspring at the scheduled time, the owner must control the estrus in the dog. To do this, you must adhere to the following rules:

To maintain order in the apartment, special products help – shorts for dogs. Among the positive aspects of these devices, not only the absence of “tags” is noted, but also the prevention of infection entering the female genital tract. The fact that most animals do not like to wear “underwear” can be attributed to the negative: in an attempt to remove them, the dog can chew them, swallow them. In addition, during licking (which occurs instinctively), the panties will quickly become wet, which will require frequent changes.

Pants for dogs vary in models, fabrics, designs. For example, there may be products with a hole for the tail, with pockets for gaskets, cotton, synthetic or nylon. Before purchasing from a dog, you need to make several measurements: hips, tail circumference and others. It’s great if the product can be tried on. When buying, you need to carefully examine the underpants to exclude tight elastic bands and straps, thick seams and other nuances.

To estrus in dogs on the part of the owner should be extremely attentive attitude. There may be situations when you need to show the animal to a specialist:

It must be remembered that during estrus, microorganisms can enter the reproductive organs of the dog. Due to changes in the state of the animal during the period of vacancy, the inflammatory process can develop imperceptibly, and subsequently become threatening. Therefore, in case of any deviations, it is urgent to contact the clinic. 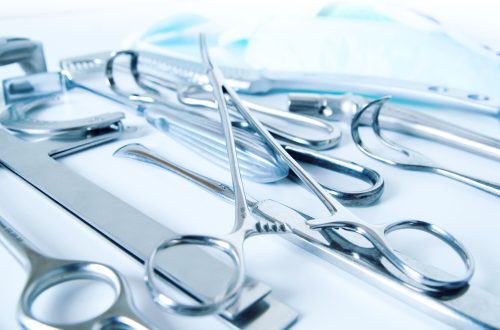 Everything you need to know about sterilization 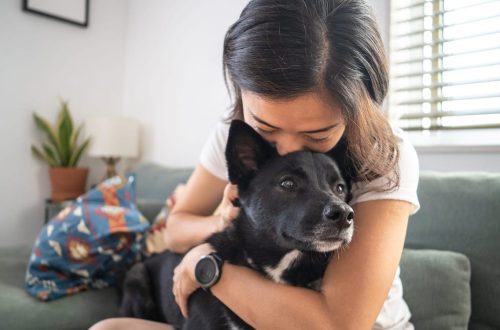 The intelligence of dogs in communication with people 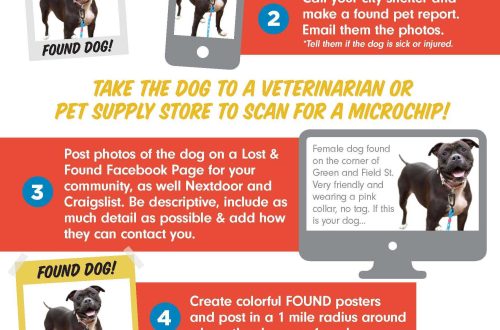