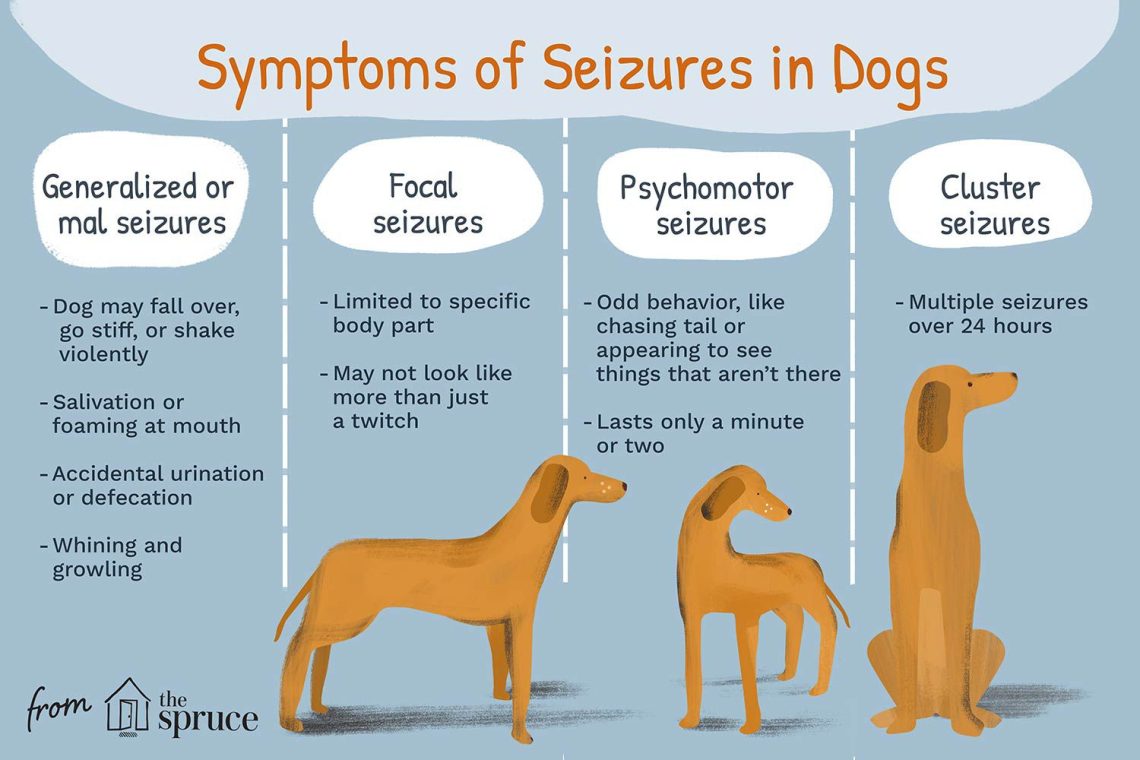 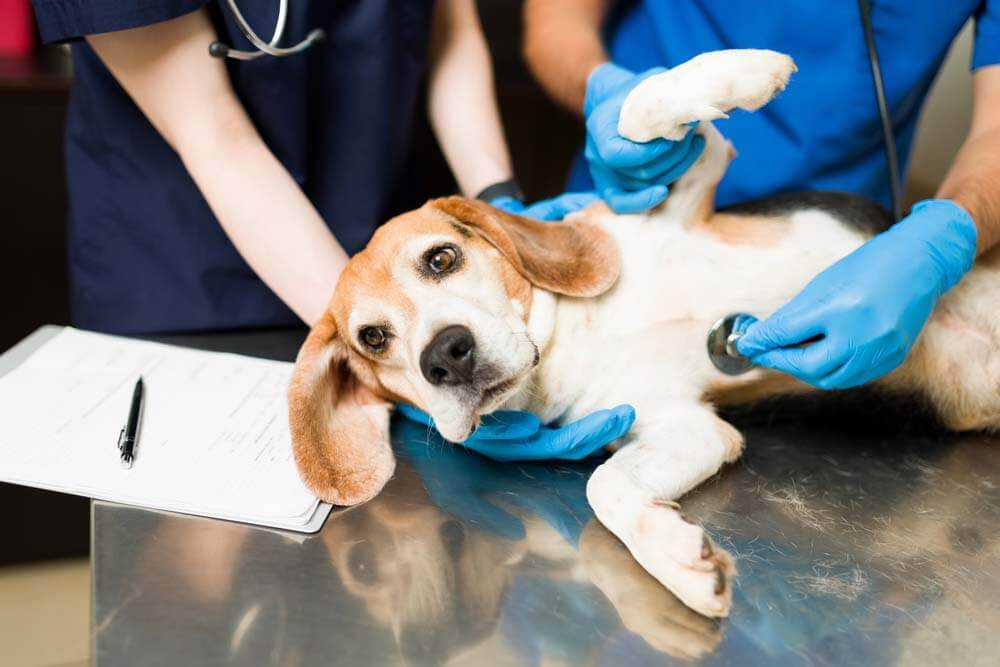 Can dogs have epilepsy?

This is by far one of the most common tentative diagnoses in dogs with seizures. There can be a lot of reasons for the development of seizures – more than 40 different diagnoses are accompanied by seizures, one of which is epilepsy. Normally, the interaction of cells in the brain is based on weak electrical impulses. With epilepsy, it is disturbed – too strong an impulse is created in the brain.

Faced with convulsions, it is better to immediately consult a doctor.

An epileptic attack proceeds with a certain sequence:

It is important to note that epileptic seizures in dogs occur with impaired consciousness ranging from mild disorientation to coma.

Sometimes fainting occurs, which is manifested by a sudden fall of the animal or simply fading, the pet stops responding to stimuli. Such symptoms of epilepsy in dogs can be difficult to recognize even for an experienced neurologist.

Currently, there are several types of epilepsy:

The cause of idiopathic epilepsy is considered to be a congenital genetic pathology. However, at the genetic level, this has only been proven in Lagotto Romagnolo dogs. This breed has been identified with a protein responsible for causing epilepsy and, as a result, there is a genetic analysis that can confirm a definitive diagnosis.

The Rhodesian Ridgeback also has a genetic test for myoclonic epilepsy (how it manifests will be described below). In other breeds, the disease is considered polygenic (many genes are responsible for the disease) and the diagnosis is made on the basis of the absence of any other objective causes of development.

True epilepsy can only occur in animals from 6 months to 6 years of age. But most often the first manifestations begin from 1 to 3 years.

This type of epilepsy, unfortunately, is incurable, but it is possible to control the disease and minimize the recurrence of seizures.

All these causes lead to metabolic disorders in the nervous tissue and, as a result, to seizures.

If the structural anomaly is eliminated, the convulsions may stop.

Cryptogenic epilepsy is a form of the disease that is difficult to diagnose. However, as with true epilepsy, the cause cannot be determined. It is not excluded that this is due to the lack of more sensitive and accurate research methods. The diagnosis is established if the animal does not meet the criteria for true epilepsy. For example, if a convulsive syndrome has developed in a puppy before 6 months of age or, conversely, in an older dog.

Several sources also note that this type of canine epilepsy can be difficult to treat and the prognosis for this disease is cautious.

In puppies, especially in dwarf breeds, with relatively short fasting, hypoglycemia develops (a condition where glucose in the body drops sharply), which will also lead to convulsive syndrome. Or, for example, a lactating bitch may become deficient in calcium if there is little of it in the diet. This condition also occurs with convulsions.

With the establishment and elimination of the root cause, the forecasts are favorable.

There are two main types of epileptic seizures – focal and generalized.

A focal epileptic seizure (or partial) is characterized by the appearance of seizures on only one side, since only one hemisphere of the brain is affected. In this case, the consciousness of the animal may be partially preserved. Any muscle contraction, involuntary salivation, pupil dilation, etc. occur on one side only. Partial seizures can become generalized.

A generalized epileptic seizure affects both hemispheres of the brain and can be observed in various manifestations:

There are primary (or congenital) and secondary (acquired) causes of epilepsy.

The first type, presumably, is transmitted at the genetic level. The exact mechanisms of brain dysfunction often remain unknown, with about 55-60% of such animals. This is usually characteristic of idiopathic and cryptogenic epilepsy.

Secondary causes are factors that physically act on the brain and destroy it, namely:

These causes lead to the development of structural or reactive epilepsy.

Also at risk are brachycephalic breeds such as pugs, French bulldogs, and chihuahuas. These breeds are more likely to develop structural epilepsy than idiopathic epilepsy, due to the fact that they have a flattened muzzle, an irregular skull structure, and the brain is compressed, which leads to fluid retention in the brain and intracranial pressure.

Animals that have had head injuries are also at risk.

The main signs and manifestations of epilepsy may be recurrent seizures. At the same time, the dogs stop hearing and seeing for a short time, their eyes become glassy, ​​and they do not respond to the calls of the owner. At the time of convulsions, there may be involuntary defecation, urination, salivation.

But the owner is not always able to recognize seizures. Some convulsions occur with twitching of only the muscles of the muzzle, especially in the area of ​​​​the lips and eyes, there may be a grin, chewing or twitching of the ears.

Changes in behavior before and after a convulsive syndrome manifested in the form of fear, aggression, panic in a dog. This is expressed in diligent sniffing, walking in a circle, the animal can look around and whine. Sometimes there is an unsteady gait, and from the outside it seems that the dog does not understand where it is. She may not recognize the owner for some time after convulsions, bark at the owner and not let him near her.

Diagnosis of the disease is large-scale and is carried out in stages:

Treatment of epilepsy in dogs

For the treatment of epilepsy in dogs, the following drugs and drugs from the group of anticonvulsants are used:

The drugs listed are first choice drugs. The first two substances are most often used. Gabapentin may be used as adjuvant therapy. But sometimes dogs become resistant to it, doctors may increase dosages, change the drug, or combine several anticonvulsants. With the development of epistatus (a condition when an animal immediately enters from one attack into another or an attack lasts more than 5 minutes), the dog is placed in a hospital under the supervision of doctors. In parallel, diuretics can be used in therapy to prevent cerebral edema. If the dog could have eaten a poison that affects the nervous system, then antidotes (antidotes) and therapy aimed at removing intoxication are also used. For example, if you suspect a structural or reactive form of epilepsy.

Treatment of epilepsy in dogs should be prescribed by a veterinary neurologist. It is necessary not only to choose the minimum effective dosage, but also to monitor blood counts in the future. So, for example, when prescribing phenobarbital, veterinarians without fail recommend monitoring its blood level, since the substance is excreted by the liver, and in some animals standard doses do not lead to relief of seizures, since the liver quickly neutralizes the drug.

Self-cancellation of drugs is also unacceptable, as a fatal epileptic seizure may develop, because drugs with a cumulative effect, even the introduction of high doses, do not allow you to remove strong electrical activity in the brain.

What should I do if my dog ​​has an epileptic seizure?

Puppies also have seizures, but in order to make a diagnosis of epilepsy, a number of other diseases and factors that can lead to this condition must be ruled out. Most often, puppy seizures occur due to a lack of glucose in the body, low levels of calcium or potassium, or in response to the action of some kind of toxin. Epilepsy is usually diagnosed in babies from 6 months of age, but the diagnosis can be made earlier if all other causes of seizures are ruled out.

In some sources, there is a figure – 7 years, but there is no exact confirmation of this. Based on practice, it can be said that dogs can live longer from the time of diagnosis. The cause of the development of epilepsy will affect the life expectancy of a pet.

In reactive and symptomatic epilepsy, it is important to identify the underlying cause and treat it if it is curable. It is also important when the disease manifested itself, and with what frequency convulsions occur. The more frequent, stronger and longer the attacks, the worse the prognosis. It will also be important how the owners fulfill the doctor’s prescriptions. Dogs can live long and happy lives with the right therapy and preventive measures to prevent seizures.

In terms of prevention, we can only protect the dog from injury and poisoning.

Therefore, it is recommended to wear a muzzle and a leash for a walk so that the dog does not pick up anything, and the risk of escape, which often leads to injury, should also be minimized.

It is recommended to protect the animal from overheating in the summer, especially for bracheocephalic breeds and breeds with a pronounced undercoat. It is very important to note that in case of a head injury, an immediate visit to the clinic is indicated in order to minimize the consequences, possible cerebral edema.

It is possible to prevent true epilepsy only at the breeding stage. The owner sometimes does not even suspect the presence of such a diagnosis in the pedigree of the animal, so here a great responsibility lies with the breeder, who must correctly select dogs for breeding.

After an attack, it is necessary to talk with the animal, in a quiet voice, try to calm it down if it is overexcited.

Care should be taken, the dog may be frightened, since the consciousness after the attack is confused and it does not always immediately recognize the owner.

It is not necessary to give drugs or water during an attack or immediately after.

Since the act of swallowing may be impaired. This will only cause the substance to be inhaled or cause injury to the wearer’s hands when trying to open the jaw. That is why in the clinic doctors inject everything intravenously or rectally.

Fix the date, time and duration of attacks, write down what actions were taken before the attack. All of this information will help your doctor and you recognize a possible trigger, after which a seizure develops. This will minimize further provoking seizures.

If the dog’s seizures are under control, there is no violation in taking the drugs, then it does not require additional care.

In the video you can see what an epileptic seizure looks like in dogs. 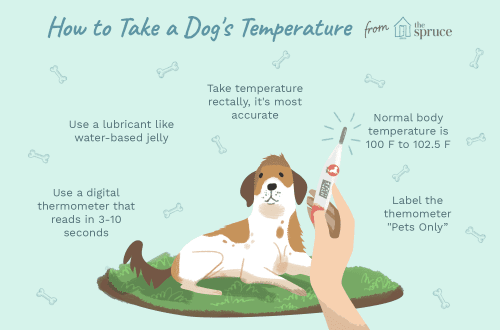 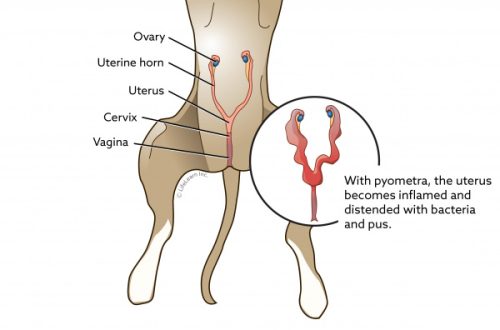 Endometritis in dogs: symptoms and treatment 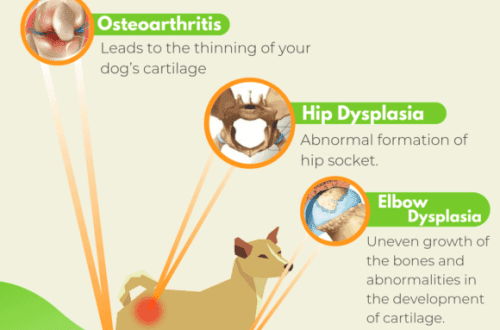