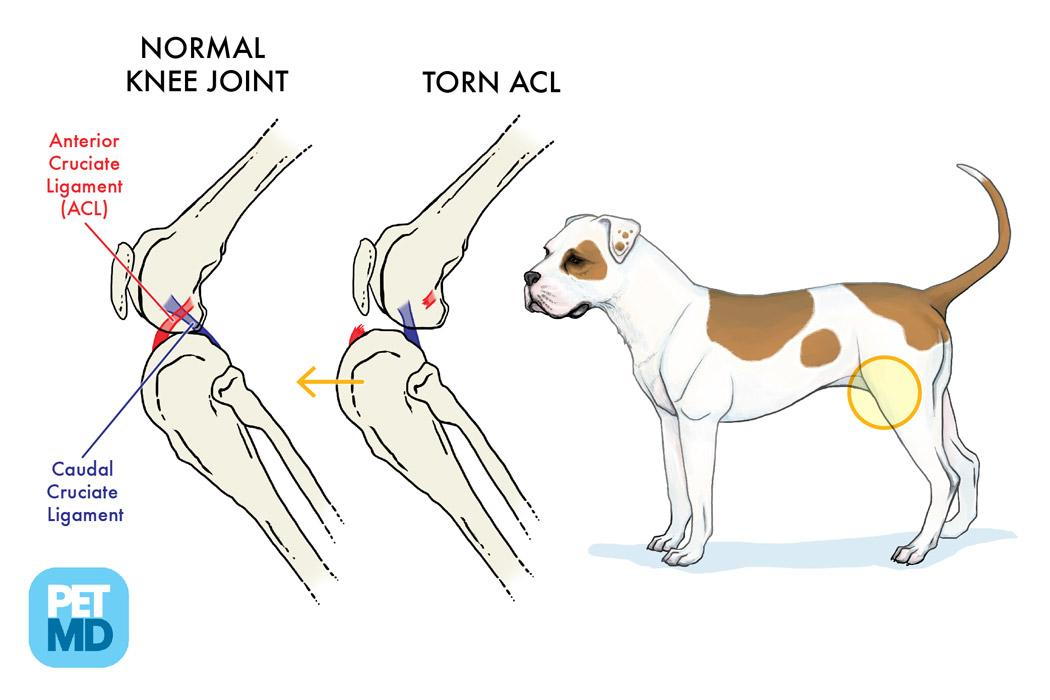 Although many treatment options are available, Tibial-Plateau-Leveling Osteotomy (TPLO) is the most common approach to treat this condition..

Cruciate Ligament Torn in Dogs and Humans: What’s the Difference?

Although ACL tears in humans are usually associated with trauma, cruciate ligament tears in dogs are more likely to result from progressive weakening of the ligament.

As the ligament degenerates, minor damage can occur that will eventually lead to rupture, instability of the joint and its inability to successfully support the load.

With each subsequent rupture, the joint will become inflamed more and more. This process eventually leads to osteoarthritis.

Signs of a cruciate ligament tear in dogs

It may seem that rupture of the KCL in dogs occurs suddenly, but in most cases the ligament weakens over many months. When it comes to limping, dog owners typically notice chronic intermittent lameness that lasts 48 to 72 hours. Lameness can be severe or moderate.

The following additional signs may also indicate a rupture of the KKS in a dog:

Some of these signs may be subtle, or may not appear at all. Explicit pain is not a common sign of a ruptured CCL. Although the dog may not be comfortable moving the knee, the lameness may be due to instability rather than pain.

It is not possible to determine whether an individual dog will develop a CCL rupture with age, but some pets are more prone to this problem than others. Most often, this pathology is observed in middle-aged dogs from larger breeds.

According to a study published in the journal Acta Veterinaria Brno, breeds at increased risk of CCL rupture include Labradors, Rottweilers, American Cocker Spaniels, Chow Chows, German Shorthair Pointers, American Staffordshire Terriers and Brazilian Mastiffs. Some studies demonstrate that this is one of the few conditions that may be more common in mixed-breed four-legged friends.

Neutered or neutered dogs are more likely to have an ACL rupture. In addition, bitches are usually more predisposed to this disease. Being overweight is also a risk factor.

Diagnosis and treatment of cruciate ligament rupture in dogs

Veterinarians diagnose a ruptured KKL based on the results of a physical examination, manipulation of the joints, and x-rays. In most cases, the dog may need to be sedated for examination and x-rays.

While TPLO surgery is the most commonly recommended procedure for pets with a ruptured KKL, there are other surgical options available, including:

However, many dogs will never have surgery. Research published in the Journal of Bone and Joint Surgery has shown that surgery is often not even scheduled. Consequently, conservative approaches are now being studied more closely. These include:

If a dog is diagnosed with a ruptured KKL, the veterinarian will develop a plan to correct the condition and also determine if surgery will be necessary.

TPLO operation on a dog

TPLO involves the use of an implant to stabilize the knee. An incision is made in the tibia and then rotated slightly to change the natural angle of force acting on the knee. Then, a special plate is applied to the outside of the knee to stabilize the entire mechanism.

It is important to understand that it is best if TPLO, like all surgical interventions, is performed by a surgeon who specializes in such procedures. To do this, you need to find a certified doctor.

Recovery from TPLO surgery can be surprisingly fast. Some dogs are able to transfer weight to the operated paw almost immediately. At the same time, any four-legged patient will benefit from a course of physiotherapy.

Most pets need to take pain medication, and all should wear a device to prevent injury to the surgical wound, such as a protective collar. After the operation, it is necessary to strictly limit the level of activity of the dog. Implant rejection, in which the internal mechanism fails, is often seen in active patients who are poorly controlled.

In addition, it is very important to understand the root cause of the gap. For example, if a dog is overweight, it puts extra stress on the joints, so the veterinarian will probably recommend that the dog lose weight to avoid another rupture of the CCL. You need to listen carefully to the doctor’s recommendations on how to help the dog lose weight in the process of recovery. He may also recommend physical therapy to strengthen the joint..

It is important to understand that all dogs with cruciate ligament disease will eventually develop osteoarthritis. Some pets may require long-term physical therapy and lifelong medication, but often proper nutrition is sufficient to control the condition.

A quality diet is critical. Your veterinarian may also recommend giving your dog a nutritional supplement such as fatty acids, glucosamine, or chondroitin. They are often included in high quality foods to support the health of dogs with joint problems. 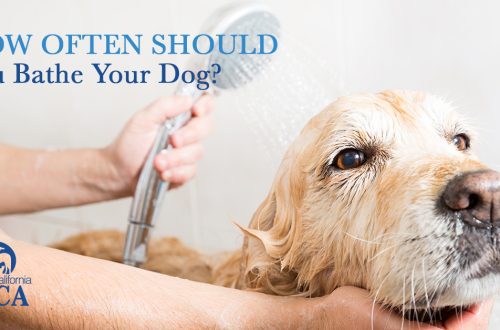 How to potty train a shelter dog? 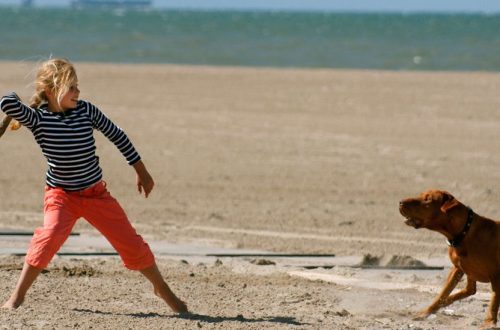 Stick tossing game: is it safe for a dog?