Why and how allergies develop in dogs

After the allergen enters the body of the animal, in response, the immune system produces proteins – antibodies that are able to form specific immune complexes. Prolonged or repeated penetration of the allergen leads to the activation of complexes, which causes the release of inflammatory mediators into the blood – an inflammatory response develops. In addition to external manifestations, negative changes also occur inside the body: the permeability of blood vessels increases, their walls are damaged, the structure of the animal’s own tissues changes (which subsequently causes autoimmune diseases), and so on.

Why the increased susceptibility of the dog’s body to the allergen is formed is unknown. However, it is assumed that the basis is a violation of the immune system. This can be caused by the following factors:

Common Signs of an Allergic Reaction in Dogs

How do allergies manifest in dogs? It depends on the type of allergen. The body can respond with inflammatory processes in the mucous membranes, respiratory tract, muscle tissue, skin, digestive organs, and so on. However, there are some general signs that you should definitely pay attention to:

Attention: if the reaction to the allergen is very violent, the dog may develop Quincke’s edema. If the animal’s muzzle is “swollen”, breathing is disturbed, eyes are swollen, you should immediately seek help from a veterinarian.

Since the symptoms of allergies are similar to many diseases, an accurate diagnosis can only be made after a thorough examination of the dog. 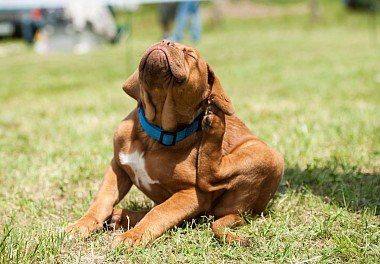 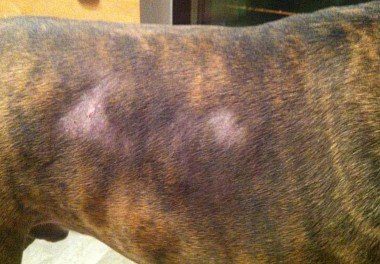 The appearance of bald spots 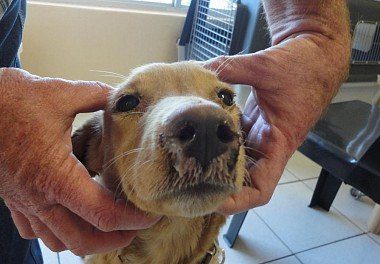 Discharge from the nostrils

Redness of the inner surface of the ears 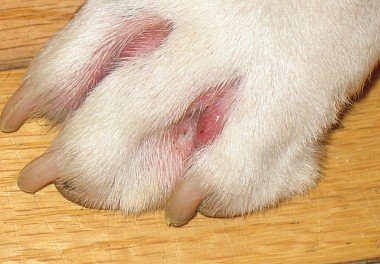 Redness on the paw 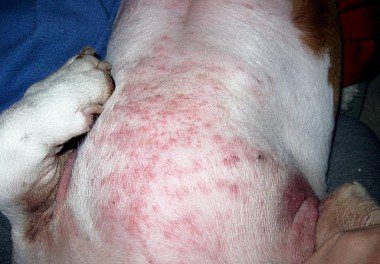 Redness on the chest

When diagnosing allergies in dogs, a specialist will prescribe a comprehensive examination. It is possible to rule out other diseases with the help of blood tests, urine, feces for worms, skin scrapings, and many other methods. The difficulty in identifying an allergen lies in the fact that the signs of conditions are very similar. In this regard, the method of exclusion is used, that is, possible allergens are examined one after another. The first thing they pay attention to is food and parasitic insects. 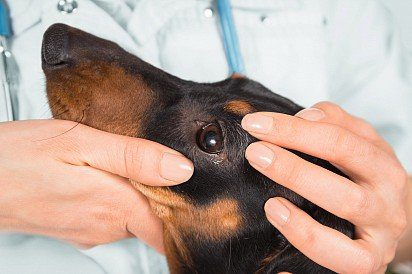 If signs of allergy appear, it is necessary to diagnose the causes for subsequent treatment.

To detect food allergies, the animal is given a special diagnostic diet. The pet will need to eat a certain type of food for about two months, including / excluding various protein foods. The owner is obliged to record the presence or absence of changes in the protein map. If a food allergen is found, it is permanently excluded from the diet. This method is the only one that makes it possible to identify a product that is allergenic for a dog.

To establish an allergy to fleas, test with a white paper sheet soaked in water. Insects leave on the body of the animal the “waste” of their digestion in the form of black blotches. On a wet leaf, these blotches blur with red spots.

If necessary, diagnostic tests can be performed.

Laboratory diagnostics is used infrequently. This is due to the high cost of such analyzes, the long wait for the results, as well as their lack of reliability.

In each case, the key to successful therapy will be the complete exclusion of the allergen.

Food allergies develop in dogs primarily as a response to protein, so any food that contains this component can cause it. Most often, allergens are meat products, chicken egg protein, cereals and legumes (wheat, soy). Artificial additives contained in both animal feed and conventional products can lead to allergies: flavors, dyes, preservatives.

There is an opinion that among four-legged friends the most common allergy is chicken. In fact, this type of allergic reaction is not much more common than others. Even pig meat or soy products cause a much more violent response from the immune system.

Food allergy symptoms may include:

The treatment of food allergies consists in identifying the allergen, eliminating it, and getting rid of the symptoms with medication. 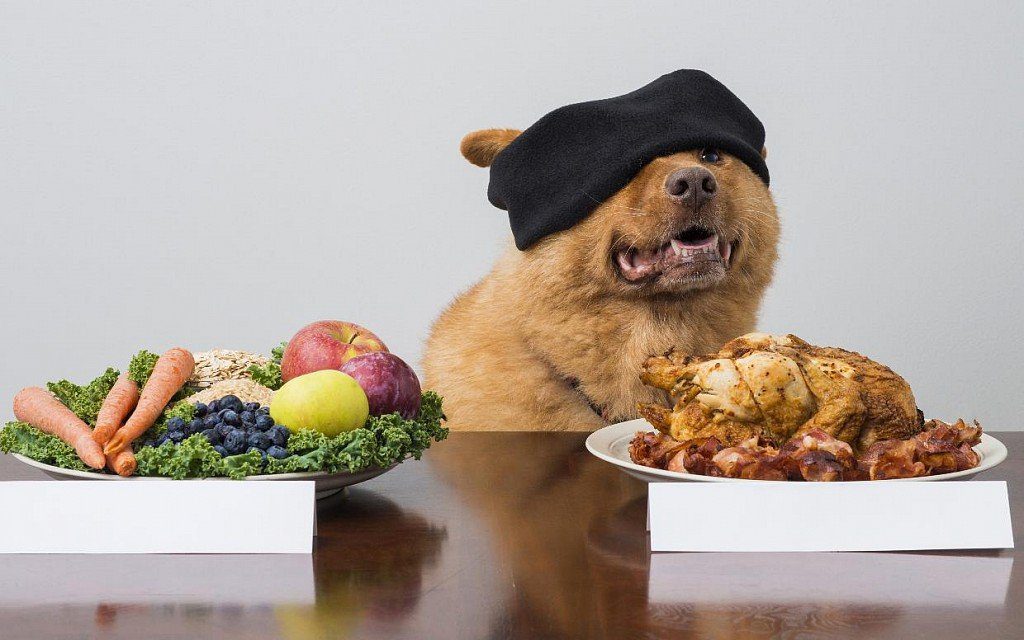 Food allergies are one of the most common

Allergy to flea bites is also based on the body’s reaction to foreign proteins. During damage to the skin, the insect injects a special secret into the tissues of the animal, containing enzymes and various active substances. Some of the dogs endure even numerous bites, and especially sensitive ones can react to fleas even if the insect appears in the singular.

Flea allergy symptoms can include:

With an external examination of the dog, the owner may not see fleas. For the development of an allergic reaction, it is enough for the insect to bite, after which the flea can leave the body of the animal.

Therapy in this case consists in the destruction of blood-sucking insects (if they are not present, then preventive treatment is carried out) and the elimination of symptoms with drugs.

It is not uncommon for a dog to have an allergic response to medications. The most common allergens are:

Drug allergies may not appear immediately. This type of immune response, in most cases, manifests itself as the substance accumulates in the dog’s body.

Attention: despite the gradual development of an allergic reaction (which occurs most often), some pets may experience a sharp response in the form of airway edema, suffocation, anaphylactic shock. Therefore, when taking the medicine for the first time, you need to carefully monitor the condition of the animal.

Among the symptoms of drug allergies can be noted: rash, intestinal disorders, disorders in the work of the heart. Treatment consists of immediate discontinuation of drugs and symptomatic therapy. In severe cases, an urgent need to contact a veterinary clinic. 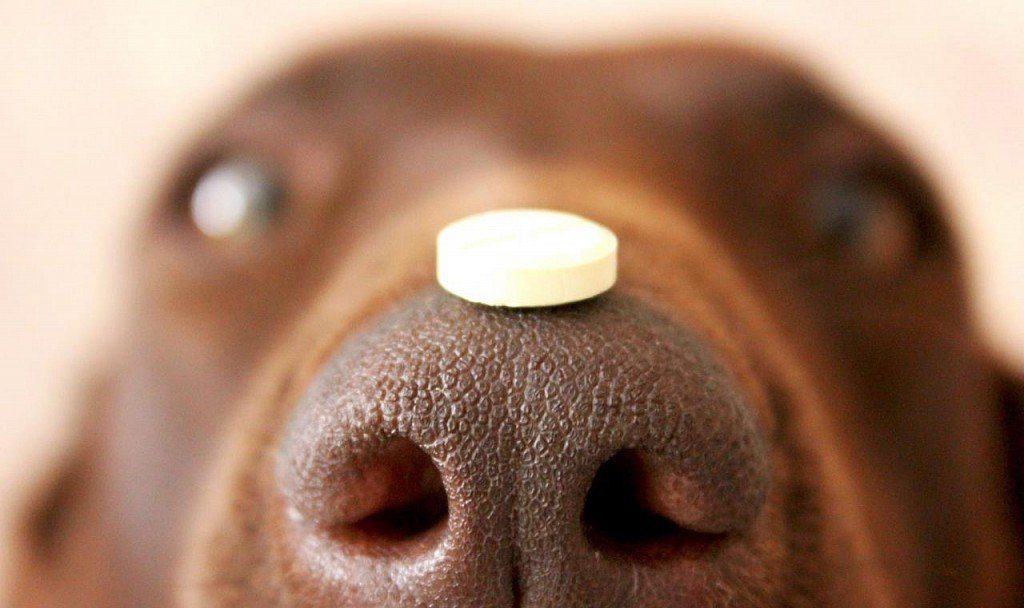 Dogs are sensitive to the components of household chemicals and hygiene products. This form of allergy can manifest itself after direct treatment of the animal (for example, washing with the wrong shampoo), as well as as a result of washing the bedding, using detergent additives when washing the floor, and so on.

The manifestations of this type of immune response can be:

Finding the allergen in this case is difficult. Since allergies to food and fleas are primarily suspected, it will take about two months to eliminate these allergens. During this period, the symptoms of an allergic reaction to hygiene and detergents may worsen. If a foreign agent is detected, it is completely excluded from the life of the dog and appropriate symptomatic therapy is carried out. 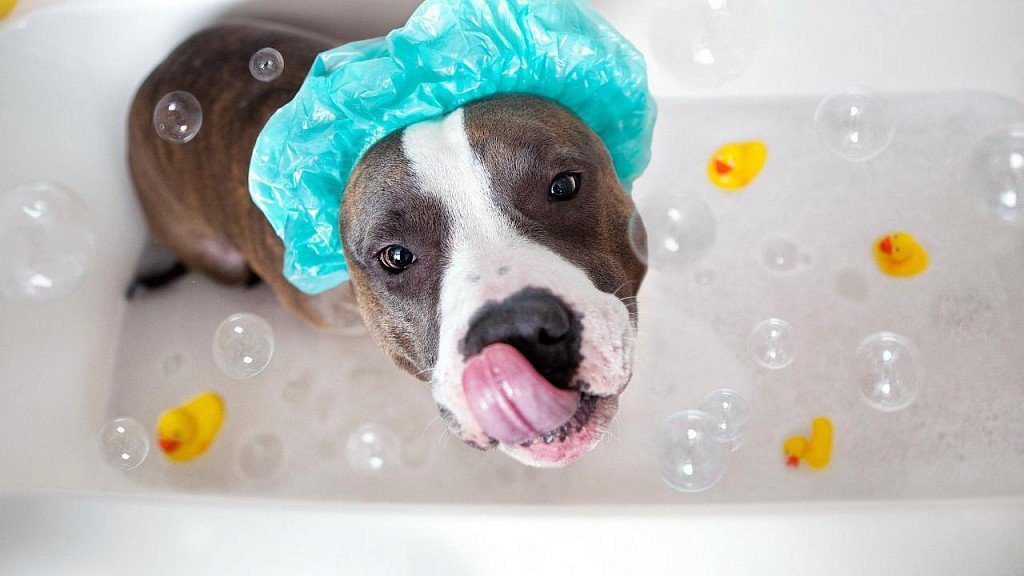 Master, am I definitely not going to have allergies after all these shampoos?

Other types of allergens

Dogs can have a wide variety of allergies. So, the pet’s body may inadequately respond to: 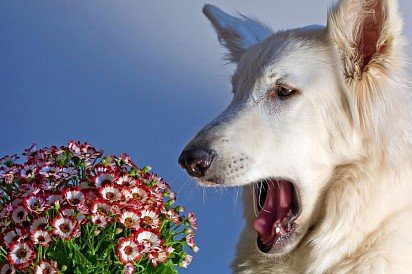 It will take more than one month to identify such an allergen. In many cases, the animal suffers all his life, since it is not possible to determine the causative agent of the pathology.

The danger of allergies in dogs

If the allergen is not identified and eliminated, the dog will suffer from symptoms constantly, resulting in serious disturbances in the functioning of all organ systems. Lack of treatment threatens with diseases such as:

Since the body is weakened, a secondary infection in the form of bacteria, fungi, viruses joins. In severe cases, the pathology leads to the death of the pet.

How to Treat Allergies in Dogs

How to relieve allergies in dogs, how and how to treat its symptoms? It depends on various factors: the severity of the course of the disease, the presence or absence of a secondary infection, the condition of the pet (newborn puppy, pregnancy, old age), and others. Therapy should be comprehensive and include activities such as:

It is necessary to introduce restrictions in the diet not only to detect food allergies, but also for other types of immune response.

If the pet has a malfunction of the lacrimal glands, swelling of the conjunctiva, purulent discharge from the eyes, prescribe the appropriate drops, ointments and washings. In case of skin lesions, hair loss, external antiseptic, antipruritic, healing agents are indicated, and in case of secondary infection, antibacterial ointments and preparations for internal use are indicated. Other symptoms are treated in the same way. If the pet develops swelling of the mucous membrane of the mouth and eyes, the dog begins to choke, then you need to urgently call a veterinarian or take the animal to the nearest clinic. 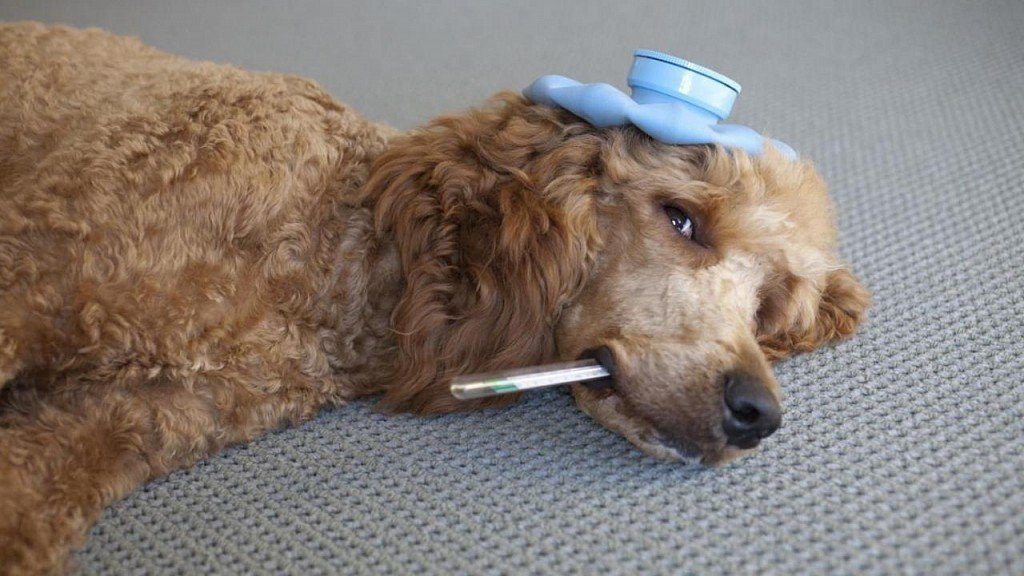 What allergy medicine can you give a dog

What to give the dog for allergies – the veterinarian decides, he also selects the dose of medication and the duration of treatment. The choice of antihistamines is quite wide, while in most cases preference is given to drugs whose active ingredients reduce the sensitivity of tissues to inflammatory mediators. Such drugs alleviate the condition of itching, eliminate swelling, reduce the permeability of the vascular wall and spasms.

With any type of immune response, including drug allergies.

Suitable if the nature of the allergen has not yet been determined.

Suitable for any kind of allergic reaction.

Eliminates the manifestations of a food allergic reaction, rhinitis.

Helps with cumulative allergic effect, anaphylactic shock, swelling of the bronchi and lungs.

In addition to antihistamines, the complex treatment of allergies includes drugs that correct the activity of the immune system (Imunofan, Gamavit), and corticosteroids for external and internal use (Prednisolone, Dexamethasone).

Important: even if the dog is being treated at home, the veterinarian should prescribe drugs after diagnosing and excluding other diseases. Otherwise, suppression of immunity and the development of life-threatening conditions are possible.

What to feed a dog during allergy treatment

With an allergic reaction of any kind, the animal needs to make a special diet. From it you need to exclude all the products that the body tolerates the most difficult: 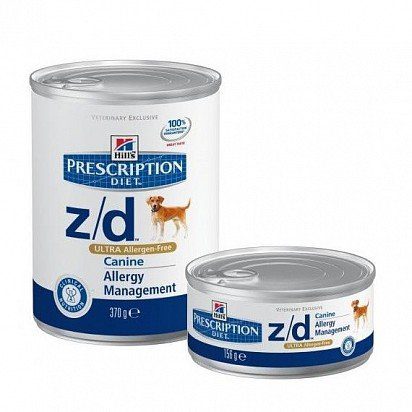 It is necessary to feed the pet mainly with natural food that does not contain coloring and preservative substances, flavorings. Such additives further disrupt the immune system and metabolic processes. Foods that do not cause allergies: turkey, rabbit and lamb meat, buckwheat, brown rice.

Dog owners who are accustomed to commercial food need to carefully review the composition of the food. Today, special hypoallergenic types of food are on sale that do not contain artificial ingredients, enriched with omega-3 fatty acids, antioxidant compounds and other beneficial components. Among them are:

Help with anaphylactic shock in dogs

The state of anaphylactic shock can occur suddenly as a result of a sharp response of the animal’s body to an insect bite, intake or injection of medications, vaccination. It is characterized by the following symptoms:

If these signs occur, the animal should be taken to the veterinarian immediately. The pet can die within the next hour!

First of all, the specialist will deliver an intramuscular injection of an antihistamine, for example, diphenhydramine. To maintain the activity of the heart, an intravenous infusion of cordiamine or an injection of sulfocamphocaine under the skin will be required. In addition, the veterinarian will administer a mixture of vitamin C and glucose intravenously, intramuscularly with an immunomodulatory agent (for example, immunofan), and subcutaneously with a steroid drug. Further actions will depend on the condition of the dog.

Dogs are very sensitive to allergies. The impossibility of reliable determination of the antigen by laboratory methods further complicates the situation. The owner will need to stock up on considerable patience, show maximum care and attention in order to detect the allergen and save the pet from suffering. 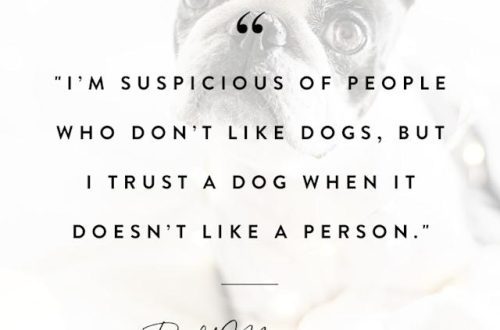 Dog and other animals: who is a friend of a four-legged friend 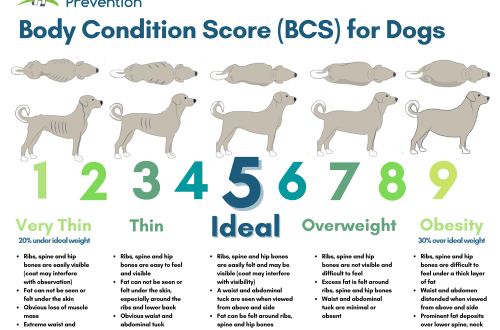 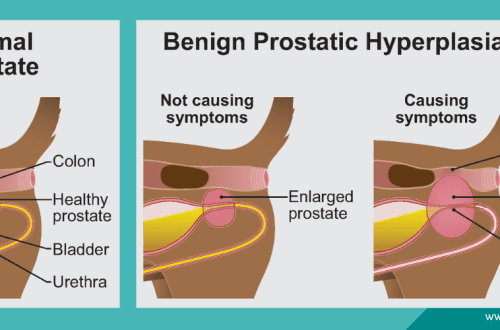