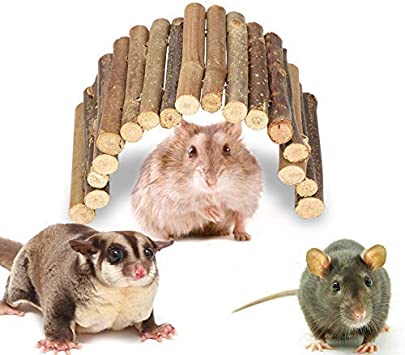 Having decided to have a rodent as a pet, people are wondering: who is better – a hamster or a rat. Especially if the animal is bought not for itself, but for children. It happens that rats inspire instinctive fear, many cannot stand the sight of their long bare tail. Then the question sounds different: who is better – a hamster or a rabbit, or a guinea pig. Other rodents (chinchilla, gerbil, degu) and birds (canaries and parrots) are still considered exotic, and are not as popular. Rats and hamsters as pets have a lot in common: they are caged, they don’t take up much space, they’re inexpensive to buy, and maintenance costs are minimal. But there are more differences between these animals. Before buying, you should find out how a hamster differs from a rat in order to choose the right pet.

Hamsters are strictly solitary animals, they need their own territory. Rats, on the contrary, are social, love to live in a group, build relationships. For this reason, the hamster is more difficult to tame, accustom to hands. But you can go on vacation, instructing only to feed and water the rodent: the hamster will not be bored alone, he does not need to communicate like a tame rat.

If you want to have multiple hamsters, each should have its own cage and accessories. Rats can be kept company, watching the games of animals.

It is important to understand that a hamster and a rat in the same cage is a deliberately tragic situation. Even if the rat takes a small rodent for its own, the hamster will fight to the death, defending its territory. The rat is larger and stronger, it is quite a natural thing for her to bite a hamster: in nature, rats can eat smaller animals, most often mice.

Hamsters are nocturnal animals. They sleep during the day and should not be disturbed. The plus is that the animal will not distract the child from studying: time is allotted for communication and feeding before bedtime. Cons: noise at night. A fluffy pet will rustle, run in a wheel and interfere with sleep in every possible way if the cage is in the bedroom.

Rats also tend to be nocturnal, but they can adapt to the owner’s regime, and then they begin to stay awake during the day. Hamsters make less noise at night.

Smart rats outperform hamsters in quick wits. They can be trained and trained. For hamsters, the highest achievement is to respond to the name. Plains rodents do not even have a concept of height, which is why hamsters fall off a table or sofa so often.

Rats smell stronger than hamsters, often mark their territory with urine (even females). Hamsters are very clean, there will always be a “toilet” corner in the cage. With regular cleaning, there will be no strong smell from the cage. The dwelling of hamsters is cleaned 1-2 times a week, it is recommended for rats to change the bedding daily or every other day. Not only excrement smells, but also the animals themselves. It’s a matter of taste: before buying, hold a hamster and a rat in your arms to compare their smell. 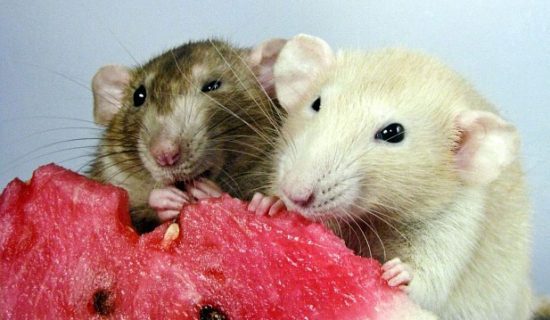 A rat will not eat much more than a hamster, and in food it is more unpretentious. But it is quite capable of destroying your house. Thinking about which is better – a rat or a hamster, in relation to a new repair, it is worth considering this circumstance.

Hamsters are kept in a cage, occasionally letting them walk on the table. The pet is forced to move around the apartment only in a walking ball to avoid injury. It is customary for rats to be let out to run, they are bored in a cage. They move throughout the apartment, and can gnaw wiring, make a nest in a duvet, eat books, that is, ruin anything with their teeth.

Hamsters are record holders for their cute appearance, it is impossible to watch them without a smile. But it is to observe, not to squeeze. A cute fluffy can easily show aggression, defending its independence and bite a person, especially a child who is careless in handling him. Rats in many cause disgust on an instinctive level, especially their tail. But these animals can be stroked, they love to crawl over the owner and play.

The nuances of keeping other rodents

Another rodent, which is still kept at home very rarely, is a mouse. A decorative mouse of the same size as a Djungarian hamster, but closer in character to a rat. Mice are kept in groups, it is very interesting to watch them, and it is not difficult to care for them. Minus in the specific smell of these animals.

If the size of housing allows, you can look at larger animals. The same chinchilla cannot do without a spacious aviary with several floors. This rodent requires significant material costs for the purchase and maintenance. A child will not be able to take care of a demanding beauty on his own; adults give birth to such an animal.

Chinchillas, like hamsters, make noise at night, do not like to be picked up, shy. But from them there is practically no smell. When deciding who is better – a hamster or a chinchilla, remember that the main difference between the animals is in life expectancy. A large rodent with a luxurious fur coat lives for many years: 10-15 years with good care.

Decorative rabbits live not much less than a chinchilla, about 8-12 years. They are peaceful, biting only in exceptional situations. But even with sufficient cage sizes (at least 100×60 cm), they need to be let out for a walk. In an apartment, this threatens to damage property and marks if the pet is a male. Rabbits have fragile health, they need to be vaccinated and not be stressed. If there is a choice: a rabbit or a hamster, the decision is made depending on the living space and financial capabilities.

If you don’t want to take an individualist hamster to a child, you should pay attention to guinea pigs. They are easier than a chinchilla or a rabbit, make contact, and are easily tamed. Herd animals, bored alone. Of the minuses, it is worth noting the noise at night and the smell from the cage, pigs are not as clean as hamsters. And the guinea pigs themselves are far from quiet. They whistle and chirp deafeningly, begging for food or demanding attention. 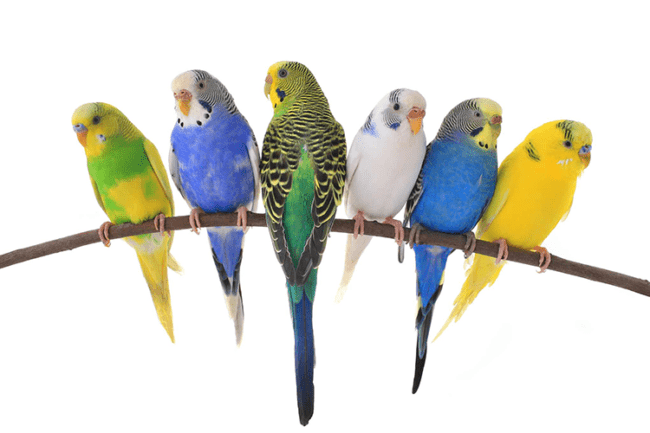 Rodents are brought in primarily by those people who do not want to walk their pet. But there is another class of pets that are kept at home in a cage – decorative birds. The most common are parrots, especially budgerigars. A parrot is significantly different from a hamster in everyday life.

Advantages of a feathered pet:

If the bird is not given enough attention, it threatens with a nervous breakdown and health problems. Requiring communication, the parrot can yell heart-rendingly. Leaving a parrot while going on vacation will be problematic, unlike an independent hamster.

The hamster rustles at night and creaks the wheel, but never makes as much noise as parrots. They roar and chirp since dawn. They loosen the cage, ring the bell, throw up all the objects in it. 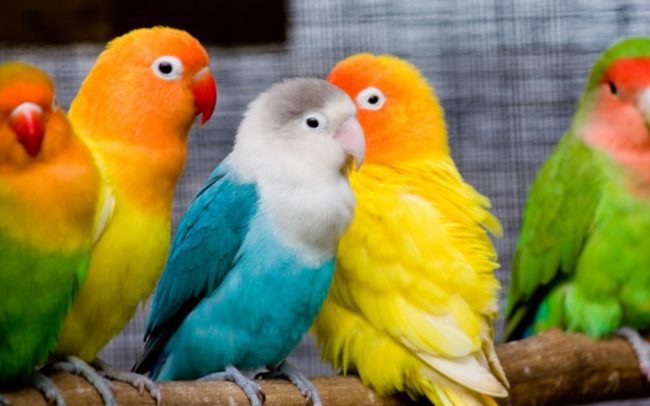 Even the smallest budgerigar needs to be let out of the cage to fly. The curiosity of birds in this case is costly. Birds love to dig in pots with plants, and at the same time tear leaves and stems. They scatter books and other objects, peck at baseboards, peel off wallpaper, dismantle the keyboard by buttons, and tear apart upholstered furniture. With a developed intellect, the parrot will always look for entertainment. If you do not provide the bird with the opportunity for self-realization, it will quickly wither away.

Hamsters and most rodents in general are very clean. Parrots are real dirty. They scatter all the food they eat, go to the toilet everywhere, and the litter often flies out of the cage, even when the pet is sitting inside. The cage must be washed daily.

It is not difficult to take care of a hamster, it is enough not to break the basic rules. Even kids can handle it. Parrots are demanding on the conditions of detention and can get sick from the usual draft.

The good news is that if you can’t decide which is better – a hamster or a parrot, you don’t have to make a choice. You can have both pets, they will not overlap or threaten the well-being of each other. During the day, teach the parrot to talk and perform tricks, and play with the hamster in the evening.

Given the characteristics of rodents of different species and their own priorities, it is easier to understand who is better to get – a hamster or a rat, and maybe another animal. The choice of pets is now almost unlimited – even hedgehogs and chipmunks are sold. It’s not easy to determine. Eyes run wide, but we should not forget that exotic animals are not recommended as a first pet. This is one of the reasons why the hamster remains the most popular pet. 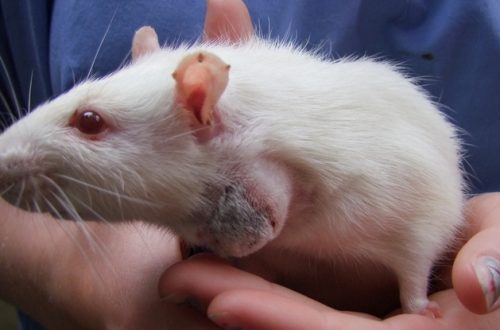 Abscess in a rat (abscesses on the body and neck): symptoms and treatment 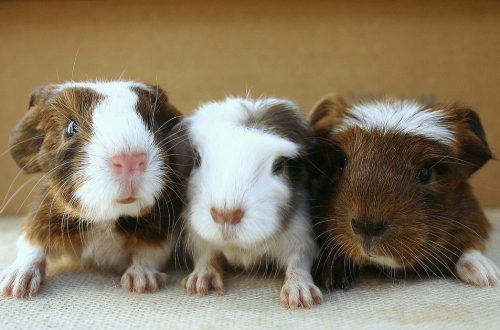 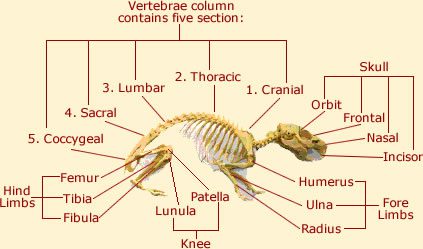