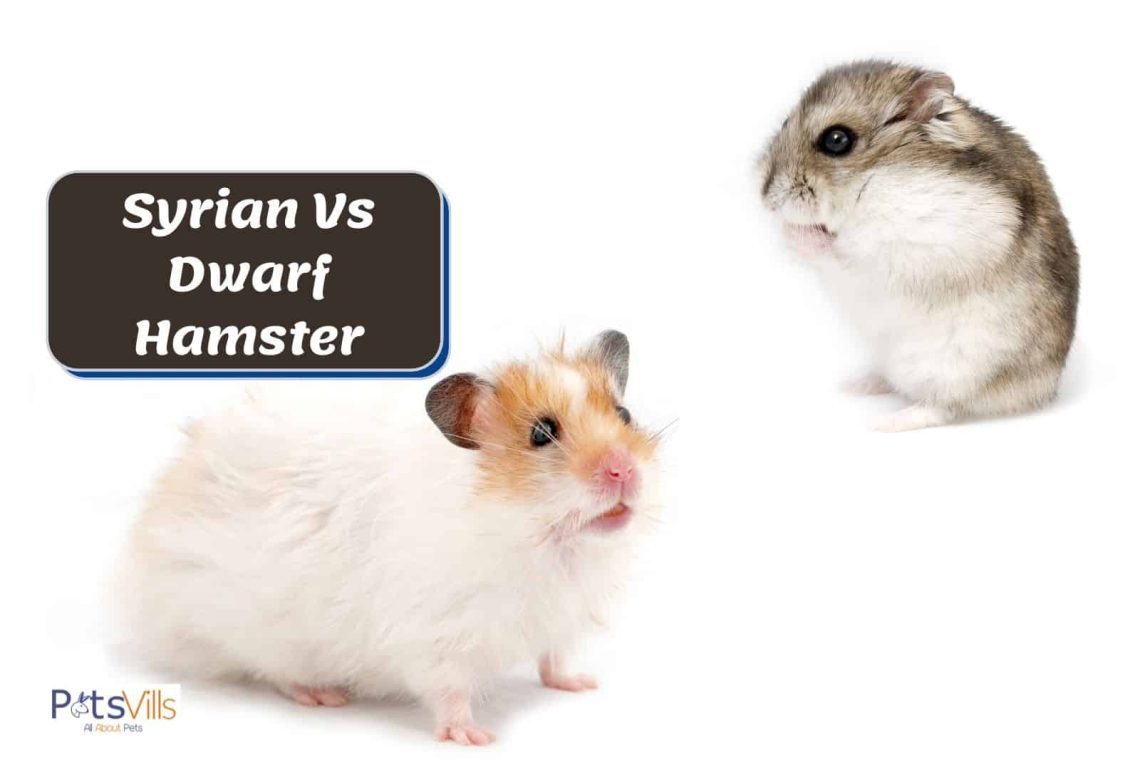 Before getting a pet, future owners are wondering which hamster is better than Dzungarian or Syrian. These two breeds are among the most common in Russia. To compare these breeds, it is best to get acquainted with them in more detail in our descriptions with photographs: here about the Dzungarian, and here about the Syrian.

According to a survey of visitors to the Khomkin.Ru website, about 95% of domestic hamsters are Syrian or Dzungarian. Dzhungariki lead by a small margin.

Sometimes, by mistake, Syrian hamsters are called: Ussuri, Persian, Iranian or Sicilian. If the seller of an animal in the market insists on such a name, it is worth considering before acquiring an incomprehensible animal.

Dzungaria and golden Syrians are the most sought-after representatives of the species.

Representatives of the breeds differ not only in appearance, they have different characters and habits. To understand who to choose a Syrian or Djungarian hamster, get to know the rodents closer!

As soon as you look at representatives of both breeds, you will immediately understand how the Syrian hamster differs from the Dzungarian. Dzhungariki are smaller than Syrians (length with a tail up to 10 cm, weight up to 50 grams), a Syrian can grow up to 20 cm and weigh 100-150 grams, which suggests that it is almost twice as large.

The color of rodents also differs: gray-brown shades with a golden tint and a dark stripe along the back are characteristic of dzungaria. The coat is smooth, of medium length. Syrians are most often painted in a reddish hue, but other color options are possible. The second name of the Syrian is “golden hamster”, since this is the most common shade. If you are interested in rarer colors, read and see photos in our selection of Syrian hamster colors.

The Syrian hamster is a large and common breed. Distinctive features: the Syrian female quickly bears children, after 16 days the offspring is born, while the Dzungaria bear children for 18-22 days. To date, many subspecies of Syrian hamsters have been bred with different coat lengths. Short-haired and long-haired babies are in demand.

Dzungaria look like a mouse, the difference is in the length of the tail. They belong to the furry hamsters. They change the color of the coat in the winter season, it becomes light, almost white, the stripe on the back during this period is weakly expressed.

Some pets partially change color, it looks extraordinary and exotic: dark gray spots on white wool, all this is complemented by a stripe on the back.

Probably, you have already made a choice for yourself who is better than a jungarik or a Syrian hamster, and soon he will become an honorary resident of your home.

What kind of hamster to buy a child?

Hamsters are popular with the population, especially kids love them. There are many reasons for this – not pickiness in care, the low cost of a pet, and most importantly, a rodent, along with its home, takes up little space in the apartment.

Hamsters are often bought for children. It is very important to choose the right animal, for this you need to know the difference between the Djungarian hamster and the Syrian hamster. The former are more temperamental, they can bite, the latter behave more calmly.

Explain to your child that a hamster needs to be looked after, no matter what breed you prefer. Both representatives are suitable for keeping in an apartment. Jungars need more space, for them it is better to purchase a large one-story cage. Syrians love to climb in tunnels and labyrinths, compact multi-storey cages are suitable for them.

For jungars, it is better to choose a cage with the smallest possible distance between the bars, this will prevent escape. Dzungaria are very mobile hamsters and as soon as they have the opportunity to escape, they will certainly use it.

Djungarian hamsters live an average of 2-2.5 years, while their Syrian counterparts live 2.5-3.5.

For both breeds, the life span is primarily determined by living conditions. With good care, the absence of diseases, including tumors, to which rodents are most susceptible, life expectancy increases.

It is important to recognize diseases of hamsters in time:

If you gave your child a Syrian or Dzungarian, periodically inspect the rodent, at the slightest suspicion of a disease, consult a veterinarian. So that the pet does not have problems with teeth, make sure that there is always a chalk or mineral stone in the cage for grinding teeth, as well as twigs of fruit trees.

Representatives of both breeds do not smell if you regularly clean the cage and buy fillers designed for rodents. To protect your pet from parasites, you need to install a sand or ash bath in the cage. Remember that before these animals were tamed, they were desert dwellers, so baths with water are contraindicated for them, water should only be in a special drinking bowl.

Dzungaria are more sociable, easier to train, although they like to bite more. Syrians are calmer, they rarely bite, they are more willing to walk on their hands.

By nature, Syrian hamsters are closer to the guinea pig: more calm and tame. On our site you can also find a comparison of a hamster with a guinea pig.

Dzhungariks are more difficult to tame, for this you will have to show more patience, do not scold your pet if he bit you when trying to pick him up.

The Syrian hamster and Djungarian hamster are nocturnal animals that do not like to be in the company of other rodents. The ideal content option is for each animal to have its own cage. In the cage of Syrians and Dzungarians, there must be houses for sleeping, wheels, stairs and labyrinths to “support the figure”.

Very often, buyers turn to the pet store in the desire to purchase a pair for their pet. But, unfortunately, these are not social animals. Which hamsters are better in this regard: Dzungarian or Syrian, it’s hard to say. Representatives of these breeds are loners by nature, in the wild they prefer to live together only during the mating season.

If you want to breed hamsters, house them together for a few days and expect “completion in the family” in 16-24 days. The main thing is to carefully monitor the pets – two hamsters in the same cage may not get along and inflict each other ገዳይ ጉዳቶች.

Little hamsters are comfortable with their mother, but as they mature, conflicts arise between them, the solution of which can lead to injury and death. If you bought hamsters for breeding, make sure that females and males have the opportunity to live in separate cages. You can only mate a Syrian with a Syrian, Dzungarians can bring offspring with Campbell’s hamster.

Comparison of the most common breeds can be carried out indefinitely. But they have a lot in common, at least the fact that both the Syrians and the Dzhungars are cute creatures. Choosing a hamster is not an easy decision. If it is difficult for you to decide which is better: a Syrian hamster or a Dzungarian, you can take a chance and get representatives of both breeds in different cages. It is very interesting to watch them, which is worth only stuffing their cheeks with food, running in a wheel and eating pretty sweets.

What is the difference between a Syrian hamster and a Dzungarian hamster? 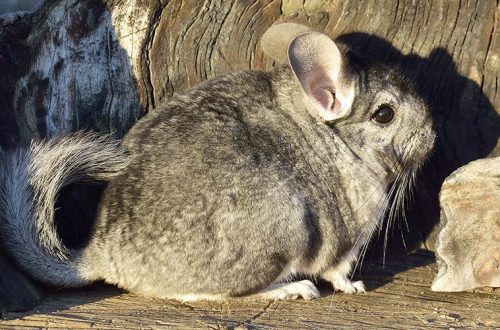 Why does a chinchilla itch and bite itself (fleas, ticks and other parasites) 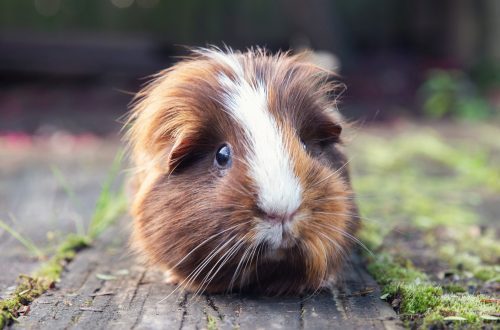